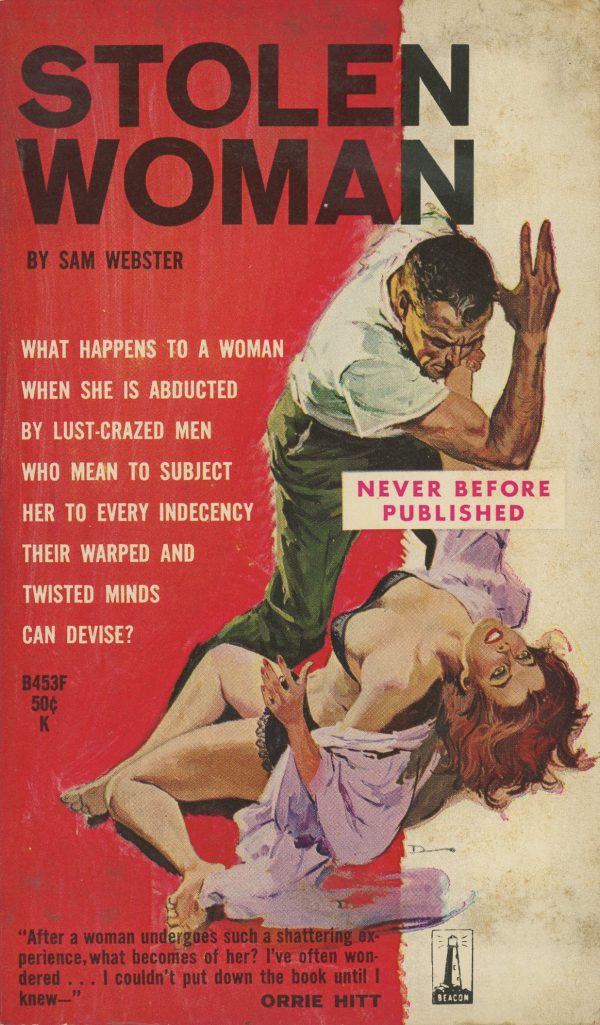 What Happens To A Woman When She Is Abducted By Lust-Crazed Men Who Mean To Subject Her To Every Indecency Their Warped And Twisted Minds Can Devise?

I have a feeling we are about to find out. From the back:

WIFE GONE WILD!
COPPERY hair — lush and comely body — gay, provocative mannerisms . . . these were Anne’s attractions. Yet she could not deliver the high-potential passion promised by her creamy curves. Charlie Donaldson, her husband, in desperation turned to the warm embraces of a cute waitress. Her name was Francy, and she could do more for him in a minute than Anne could do in a night . . .
Meanwhile, a pair of mill-hands — inflamed by liquor and a black-haired cocotte called Marjorie —launched a plot of their own. One sin led to another, until they cornered beautiful Anne and dragged her off to a shack in the hills.
There they had their sport with Anne. They subjected her to every brutality, every indignity, drunken beasts could inflict on a woman. At last Charlie arrived to rescue his wife, was forced to witness the proceedings. He saw that she was worse than Francy, worse even than the degenerate Marjorie. For Anne’s eyes were alight with fiery lust. She welcomed these cruel, humiliating embraces. She was learning the meaning of passion, and liking it . . . !