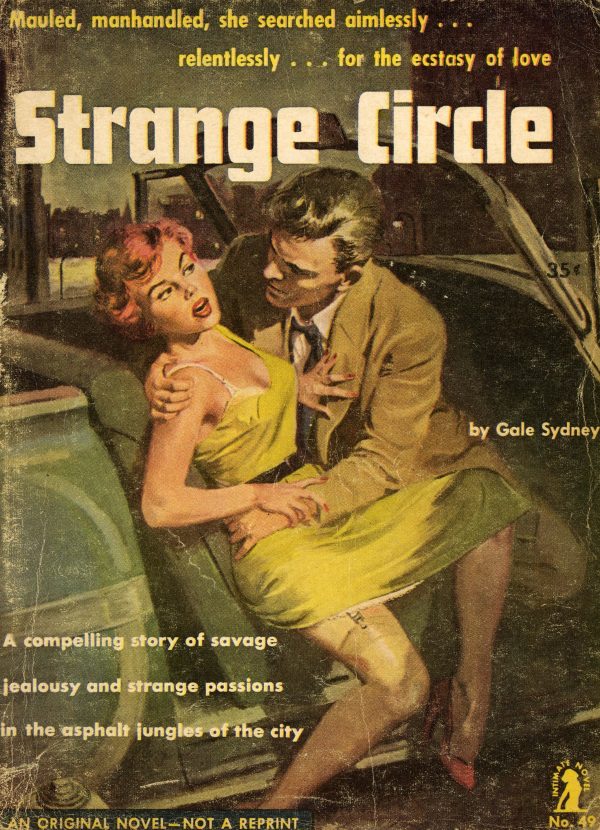 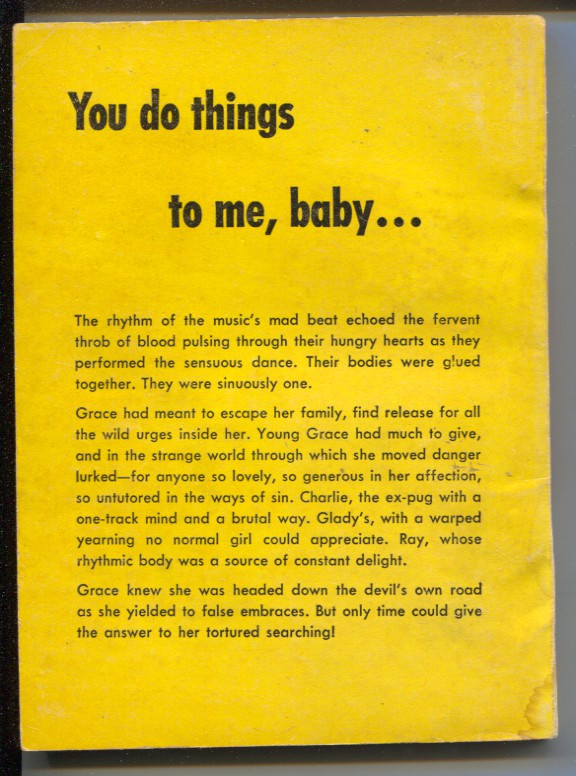 The Sordid Story of A Union Boss And His Women!
Mauled, Manhandled, She Searched Aimlessly… Relentlessly… For The Ecstasy Of Love
A Compelling Story Of Savage Jealously And Strange Passions In The Asphalt Jungle Of The City

You do things to me, baby…
The rhythm of the music’s mad beat echoed the fervent throb of blood pulsing through their hungry hearts as they performed the sensuous dance. Their bodies were glued together. They were sinuously one.
Grace had meant to escape her family, find release for all the wild urges inside her. Young Grace hod much to give, and in the strange world through which she moved danger lurked—for anyone so lovely, so generous in her affection, so untutored in the ways of sin. Charlie, the ex-pug with a one-track mind and a brutal way. Glady’s, with a warped yearning no normal girl could appreciate. Ray, whose rhythmic body was a source of constant delight.
Grace knew she was headed down the devil’s own road os she yielded to false embraces. But only time could give the answer to her tortured searching!

Cover was later reused for Dolls and Dues