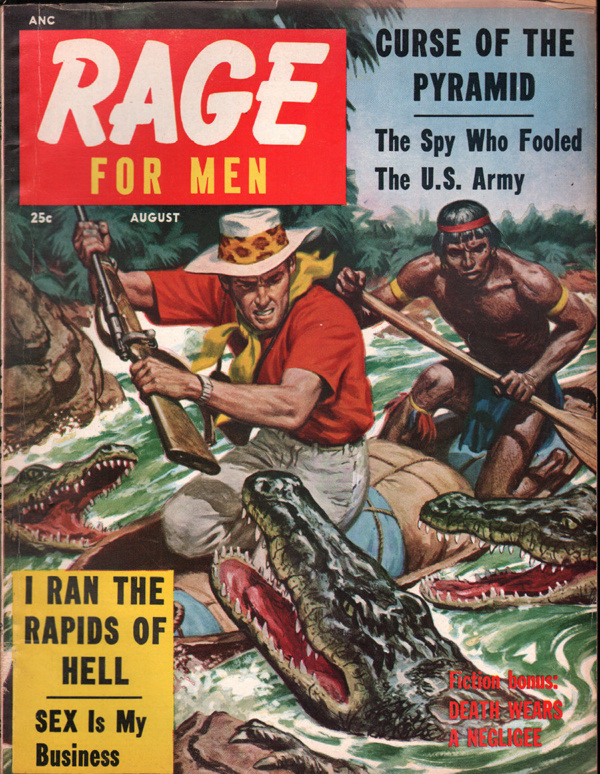 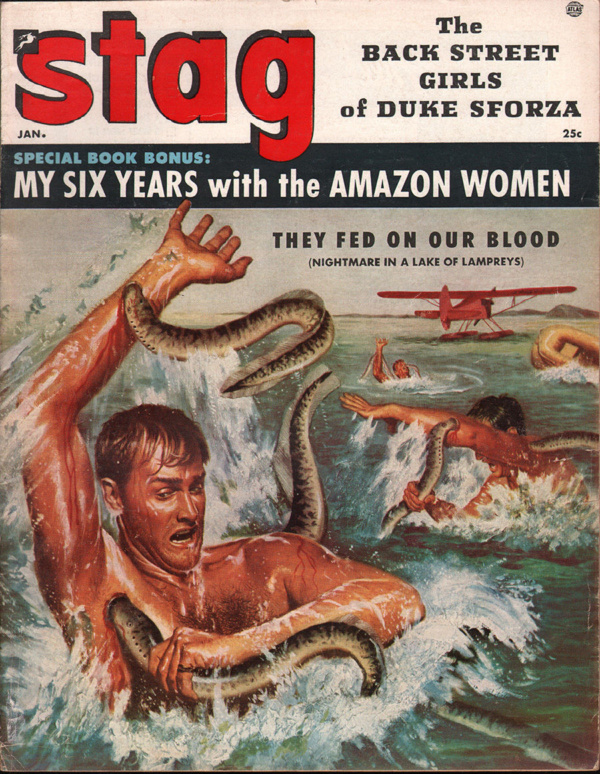 Also, My Six Years With The Amazon Women 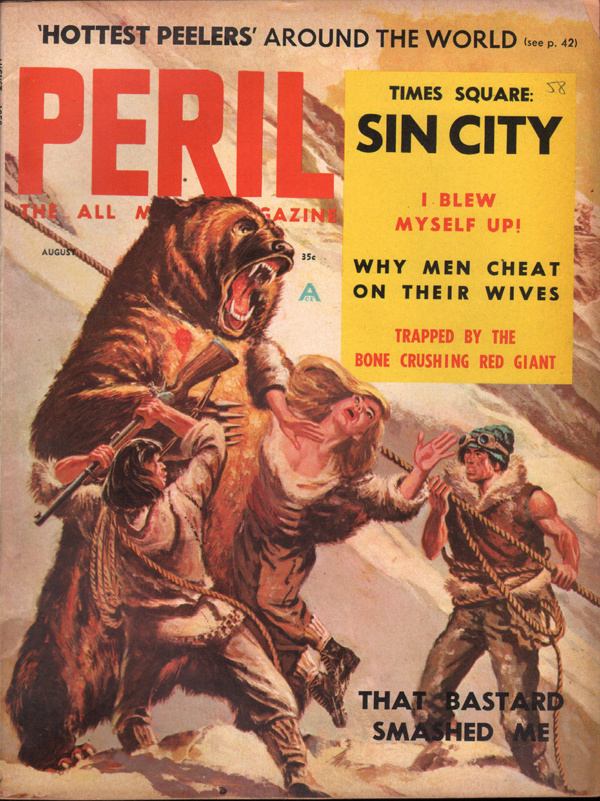 Also, Why Men Cheat On Their Wives, Times Square: Sin City, Hottest Peelers’ Around The World, and I Blew Myself Up 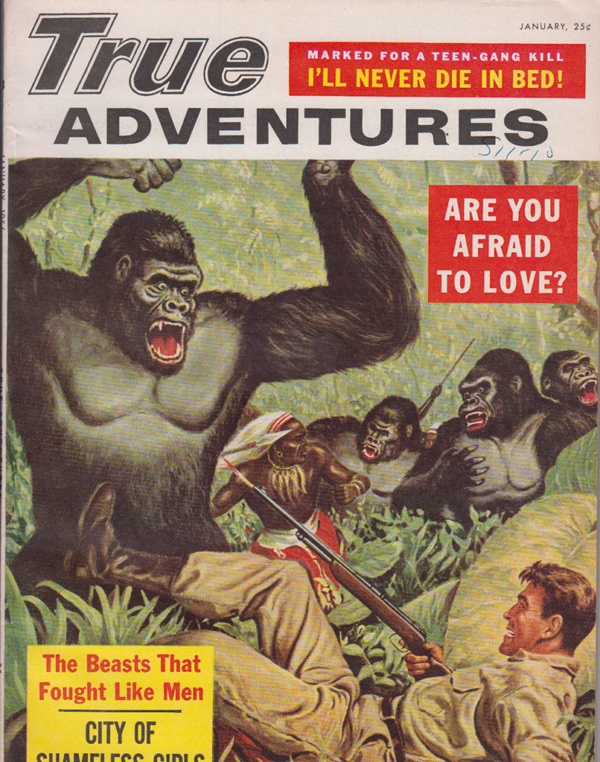 Because gorillas can smell fear! Also featuring The Beasts That Fought Like Men, City Of Shameless Girls, and I’ll Never Die In Bed! In addition to the info on the new “All-Suba-Diver Diet”, this issue also features I Killed My Lovely Mistress and The City Where Sin Is King 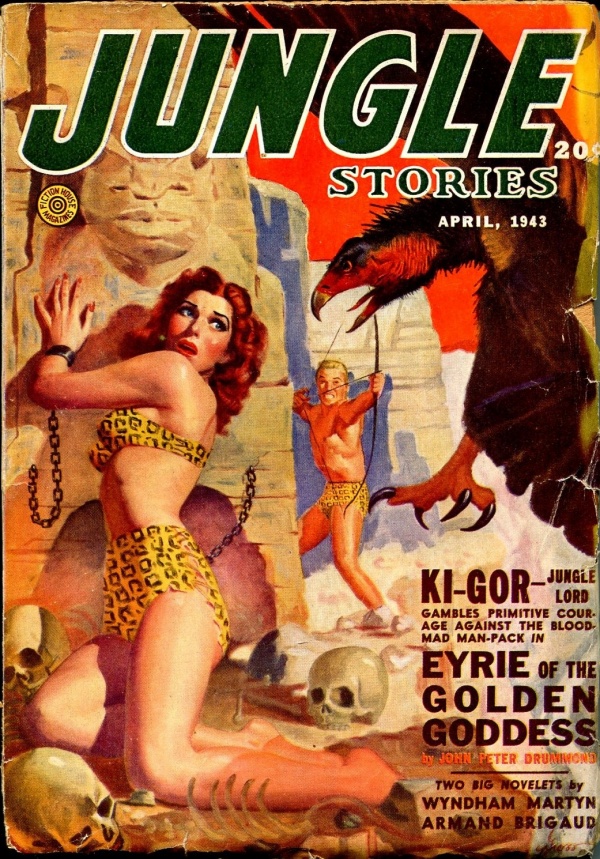 This cover was reused for the Summer 1950 issue, The Beast-Gods of Atlantis

The complete 1950 issue can be downloaded here. 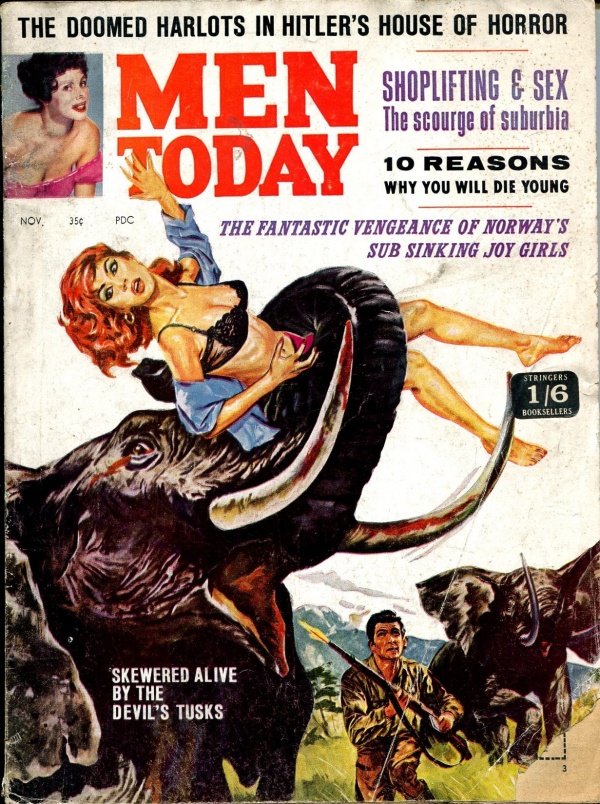 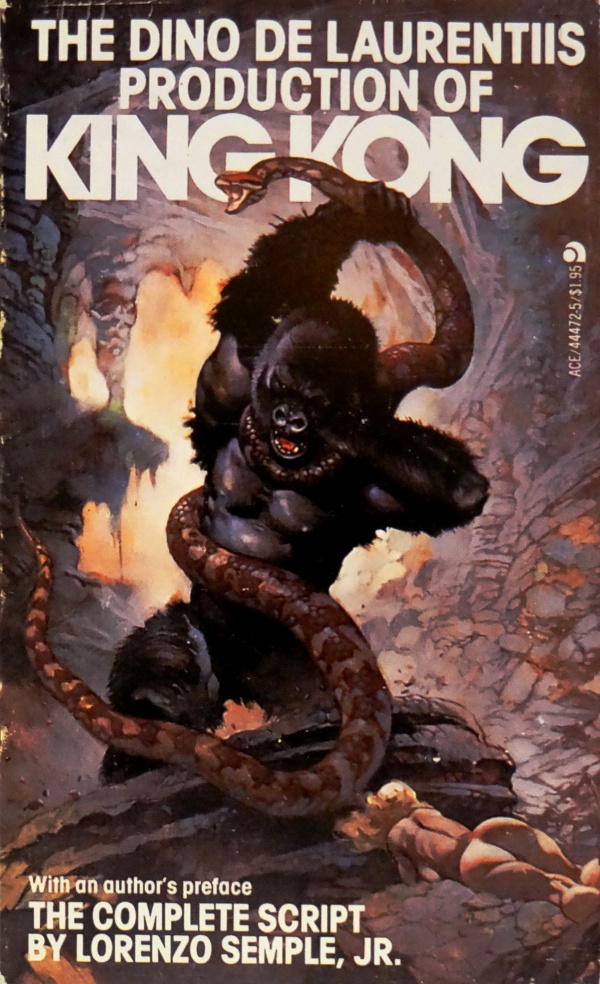 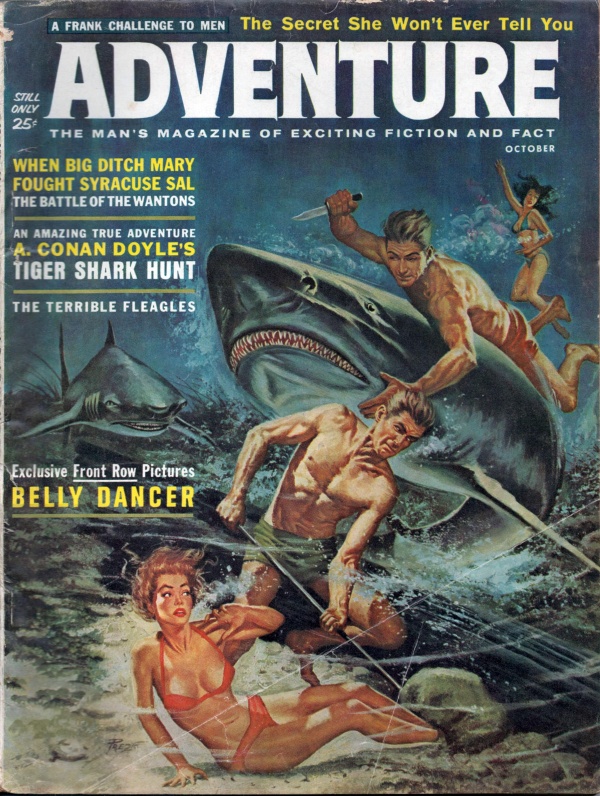 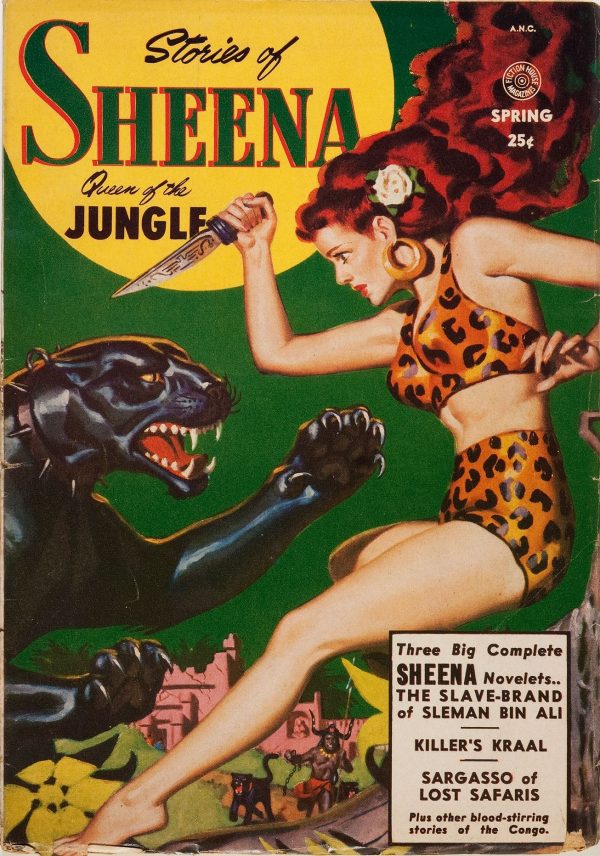 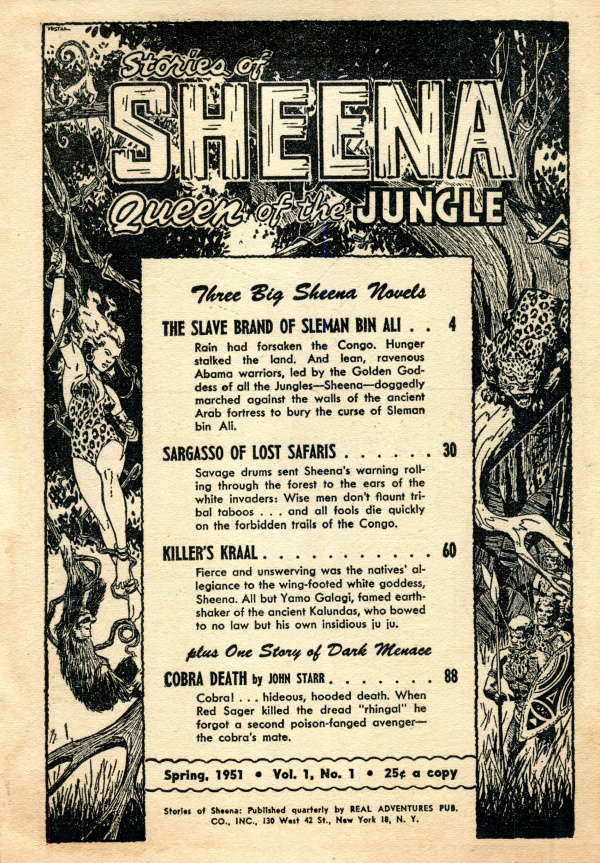 First and only issue, the entire thing can be downloaded here 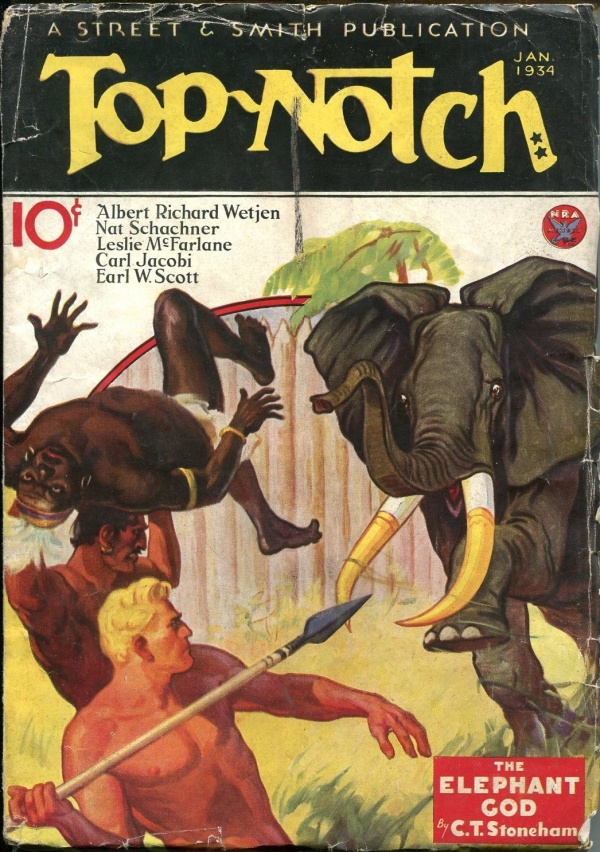 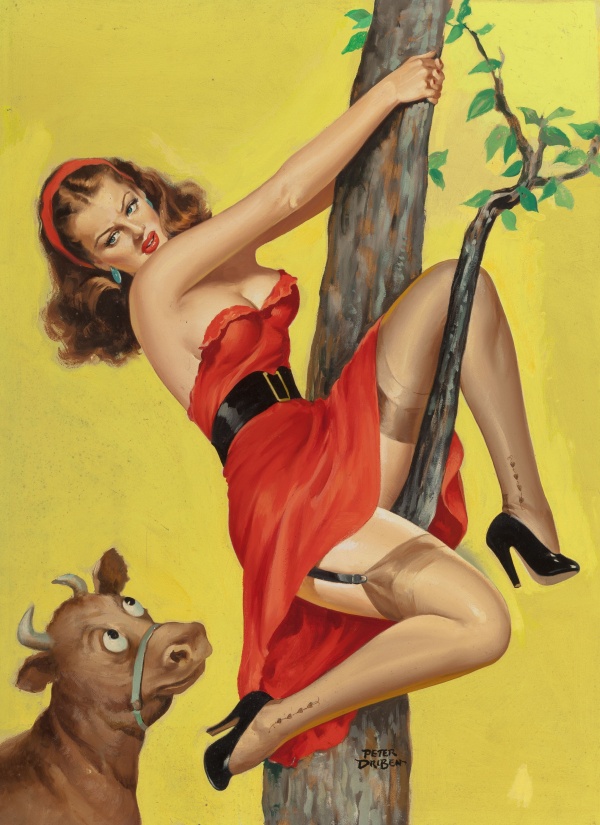 This may be the least threatening Animal Attack cover I have ever posted.