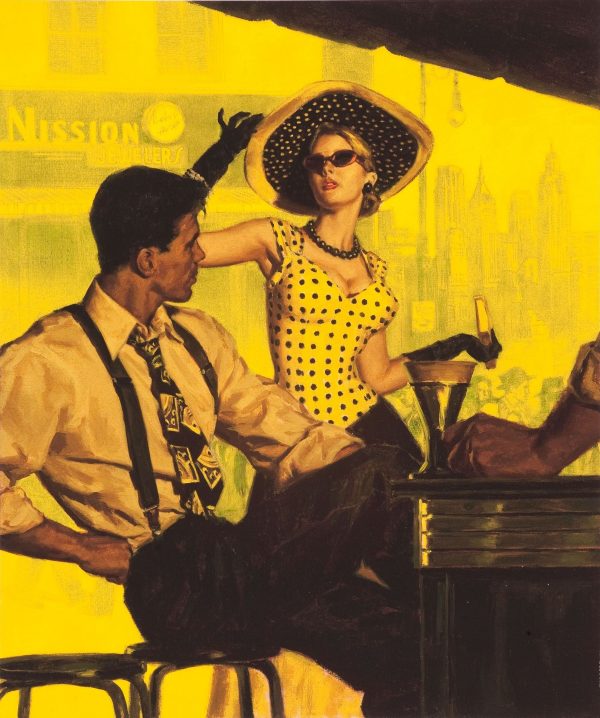 I don’t think this painting was ever used for a cover, but it should have been. 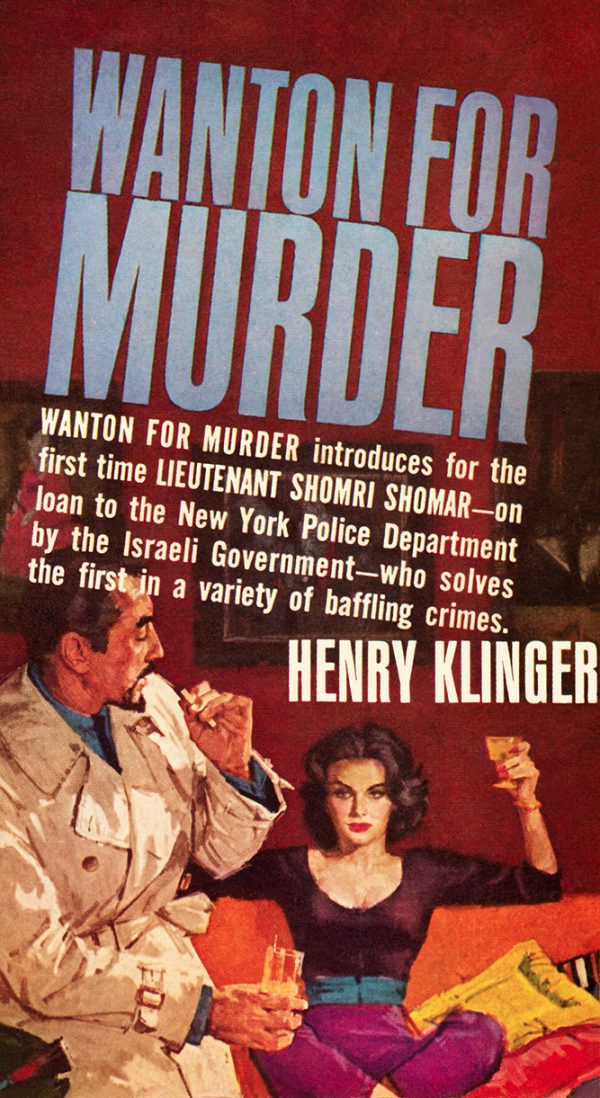 First of a brief series of novels featuring debonair detective Shomri Shomar, loaned by the Israeli government to the New York police department.

Joe Adamo, ambulance attendant, examined the drunk who had fallen off the tenement roof. He didn’t know what he was letting himself in for! For example: Neva Nerrell, the drunk’s gorgeous wife, who had fewer morals than an alley cat; or the drunk himself, not really a drunk, who would recover from his fall, but shortly turn up as a murder suspect!

Joe wanted to be a doctor. Instead he would up playing detective, and was mixed up with diamond smugglers, a wanton killer, and The Mob. Joe was in ‘way over his head. It would take Lieutenant Shomri Shomar, most unconventional of sleuths, to pull him out again. 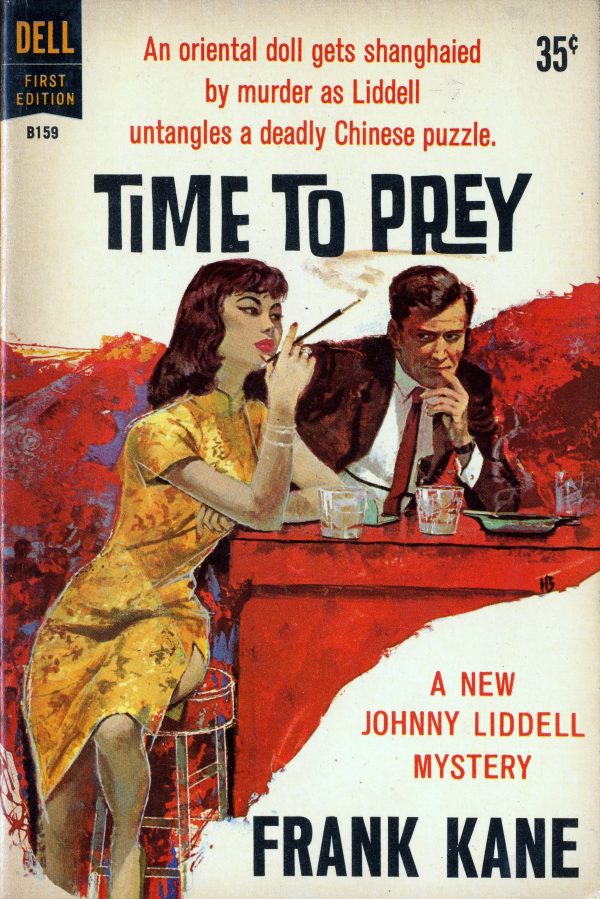 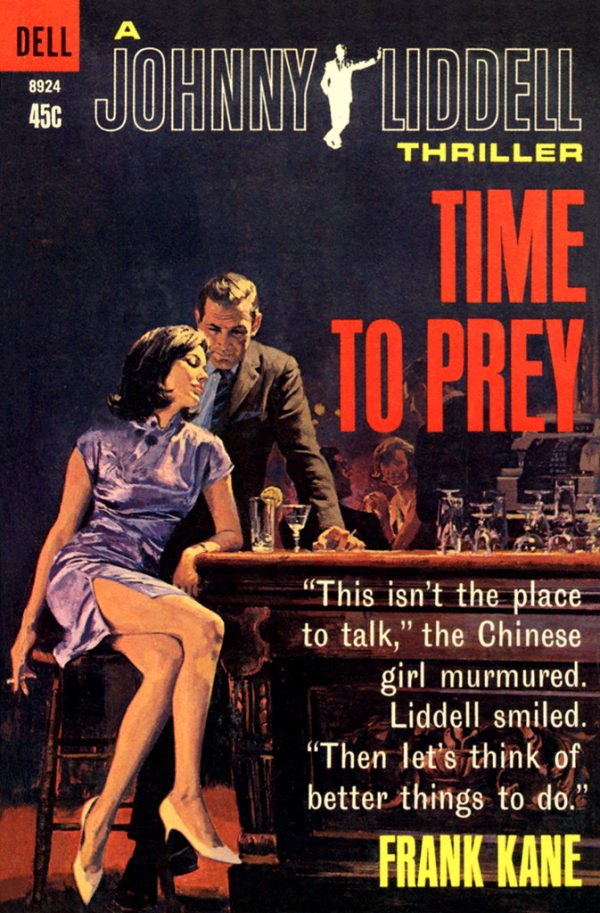 An oriental doll gets shanghaied by murder as Liddell untangles a deadly Chinese puzzle.

“This isn’t the place to talk,” the Chinese girl murmured. Liddell smiled.”Then let’s think of better things to do.” 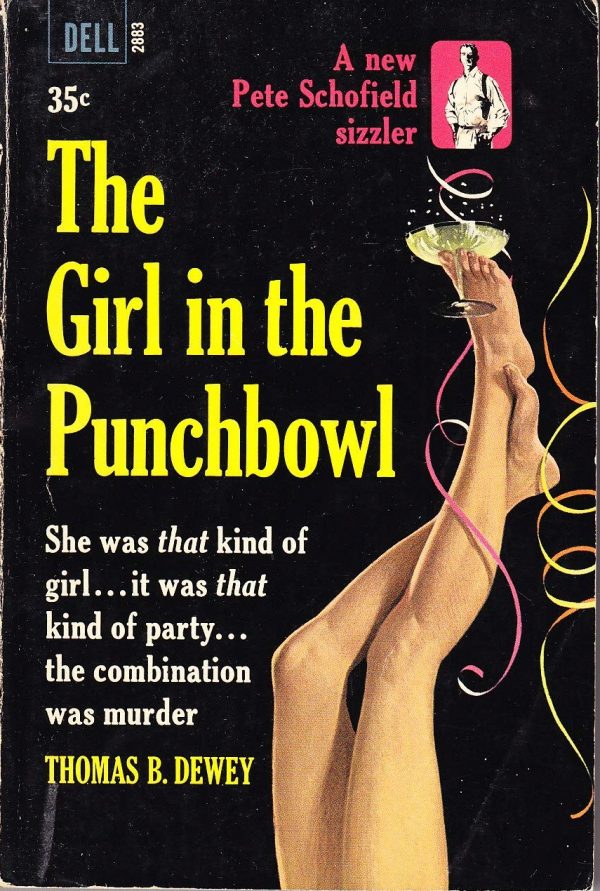 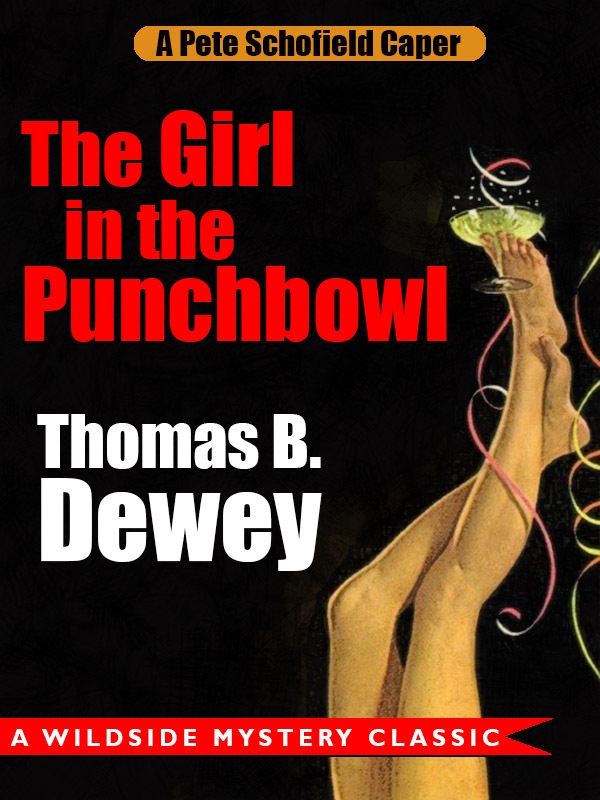