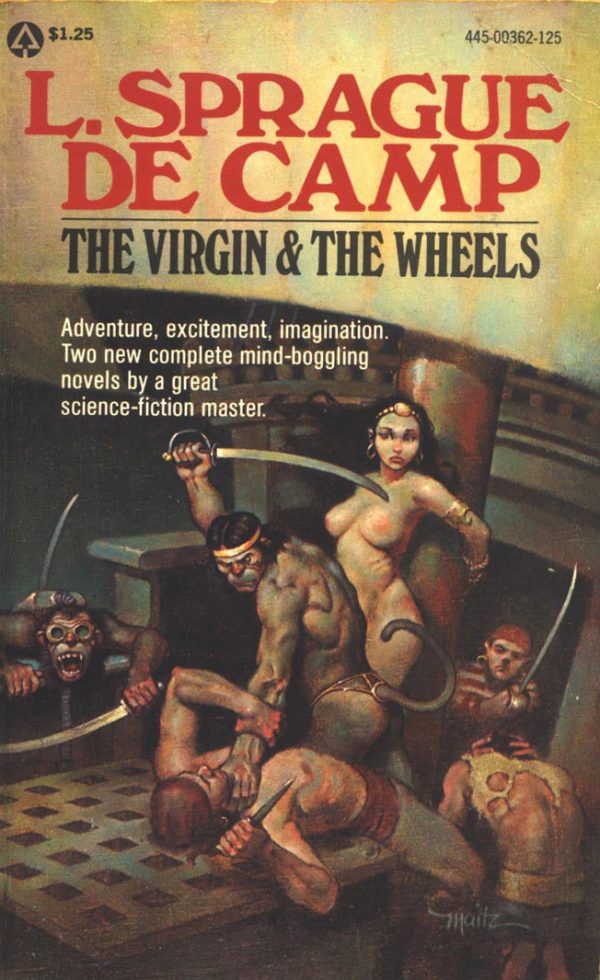 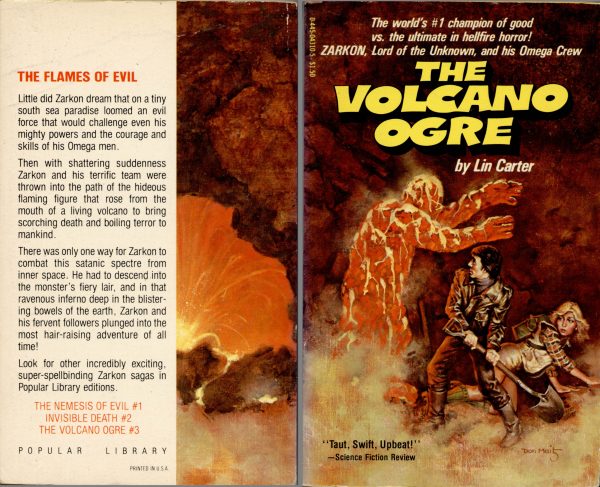 The world’s #1 champion of good vs. the ultimate in hellfire horror!

THE FLAMES OF EVIL

Little did Zarkon dream that on a tiny south sea paradise loomed an evil force that would challenge even his mighty powers and the courage and skills of his Omega men.

Then with shattering suddenness Zarkon and his terrific team were thrown into the path of the hideous flaming figure that rose from the mouth of a living volcano to bring scorching death and boiling terror to mankind.

There was only one way for Zarkon to combat this satanic spectre from inner space. He had to descend into the monster’s fiery lair, and in that ravenous inferno deep in the blistering bowels of the earth, Zarkon and his fervent followers plunged into the most hair-raising adventure of all time! 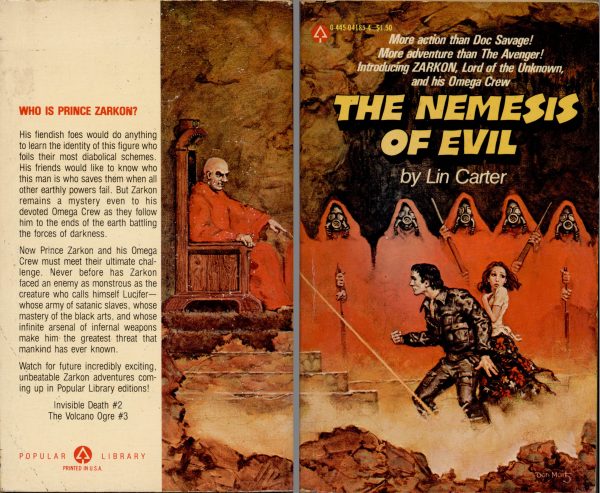 More action that Doc Savage! More adventure than The Avenger! Introducing Zarkon, Lord of the Unknown, and his Omega Crew

WHO IS PRINCE ZARKON?

His fiendish foes would do anything to learn the identity of this figure who foils their most diabolical schemes. His friends would like to know who this man is who saves them when all other earthly powers fail. But Zarkon remains a mystery even to his devoted Omega Crew as they follow him to the ends of the earth battling the forces of darkness.

Now Prince Zarkon and his Omega Crew must meet their ultimate challenge. Never before has Zarkon faced an enemy as monstrous as the creature who calls himself Lucjfer — whose army of satanic slaves, whose mastery of the black arts, and whose infinite arsenal of infernal weapons make him· the greatest threat that mankind has ever known.