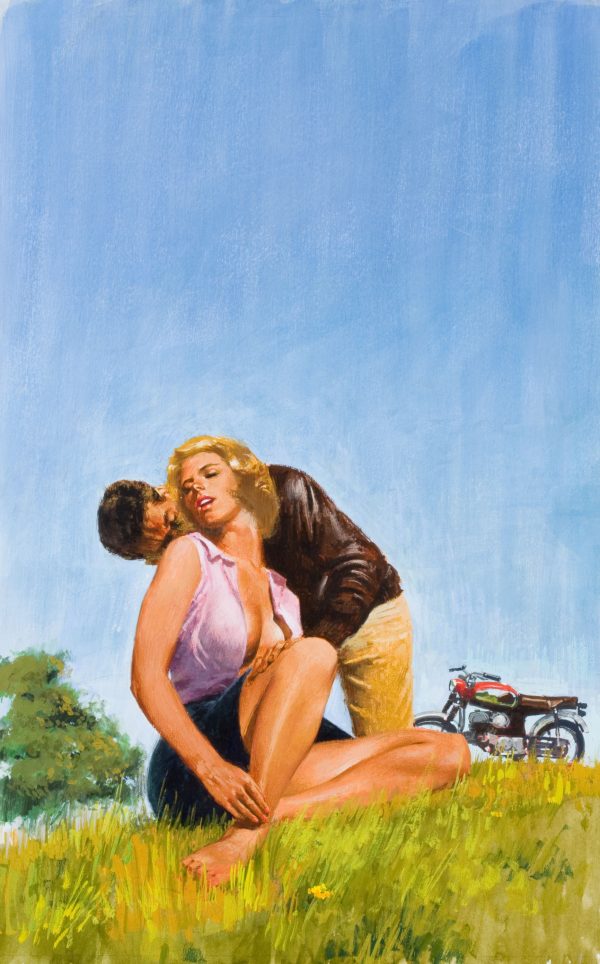 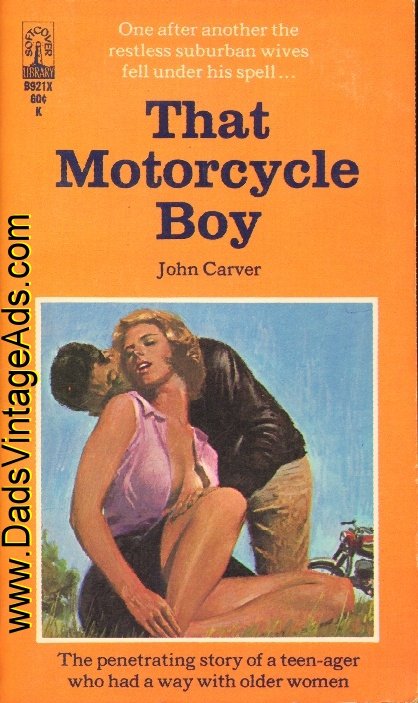 One after another the restless suburban wives fell under his spell…

They protected him so they could use him…

There was something about Gordon. He was spoiled. He was wild. He was too smart for his own good. And he had sex appeal.
After his last motorcycle escapade with a girl, he required a hiding place. His mother’s young suburban friends rallied around. After all, the boy had to have a protector, didn’t he? And maybe a little tender, loving care.
Which was all Gordon needed to start operating…

Ginnie was a pretty little newlywed just out of her teens. It did not take long for her care to turn into passion.

Carmen was a warm-blooded Latin. The brat in Gordon appealed strongly to her own uninhibited lustiness.

Eustice was fighting the odds in her wild marital life. She recognized in Gordon a fellow loser… but knew that two losers could make it together.

Here is the stark novel of an amoral boy trapped in the sex web of young-adult suburbia.