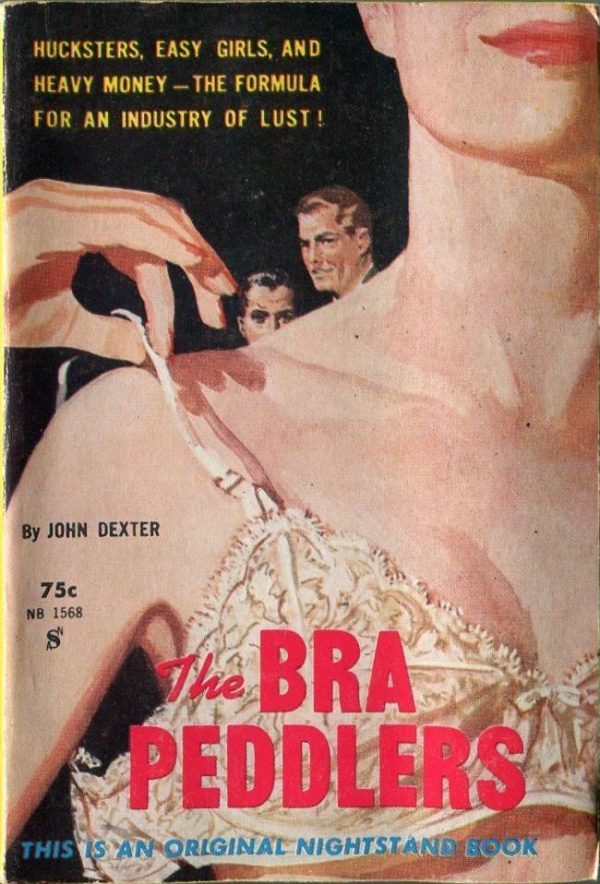 Hucksters, Easy Girls, And Heavy Money — The Formula For An Industry Of Lust

Passion Dynamite…
wrapped up in a new, fashion-shattering bra called the Up-Cup. It was new and it was different and it would make a hundred million dollars for Ted Griffin’s ad firm if he played his cards right. But playing the Mad Ave game meant knifing his friends in the back, stealing their wives, playing the hot game of lust that the men who ruled the ad roost dictated. Playing the game also meant selling his own wife info the hot and shameful world of suburban sin. It also meant the shocking torment of an innocent girl’s tortured soul… the torment of passion as a prelude to death. It meant — many things, all of them evil, all of them part of his pay-check in —