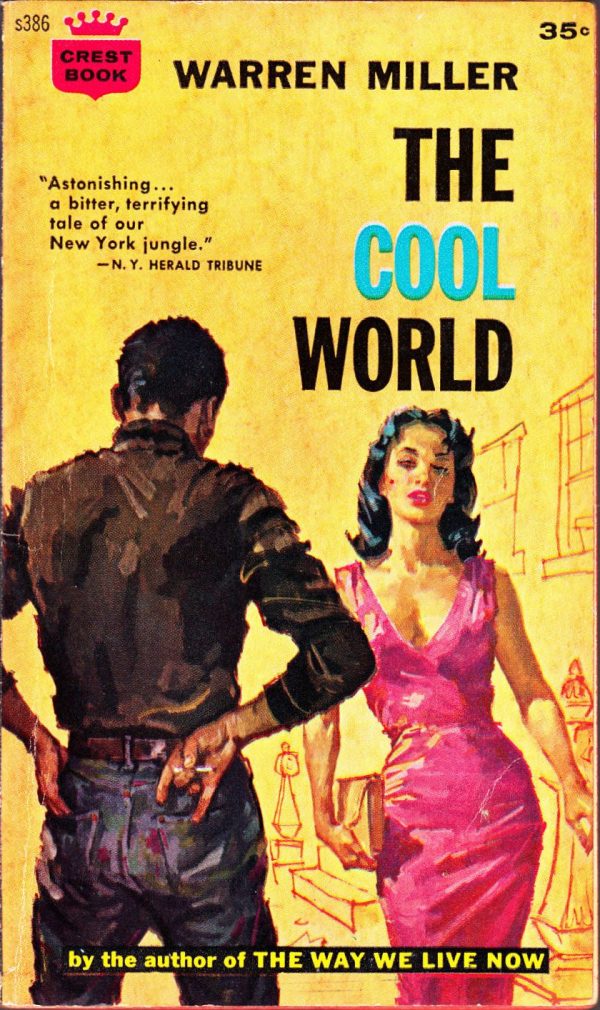 First published in 1959, The Cool World is the most famous of Warren Miller’s work (all of which is relatively unknown) about a youth gang called the “Crocodiles” in 1950’s Harlem, New York City. Narrated in the first person by the protagonist and Crocodile member Duke, The Cool World recounts the story of Duke and his gang’s adventures and travails as they deal with street life in the ghetto and a rival gang called the Wolves. Drug dealing, fights, prostitution, guns, and gambling are rampant throughout this engaging, slim novel that rarely has a dull moment. Written entirely in African-American street vernacular of the time, Miller—a caucasian academic—accomplished a great, and mostly unnoticed, linguistic and narrative feat with this novel.