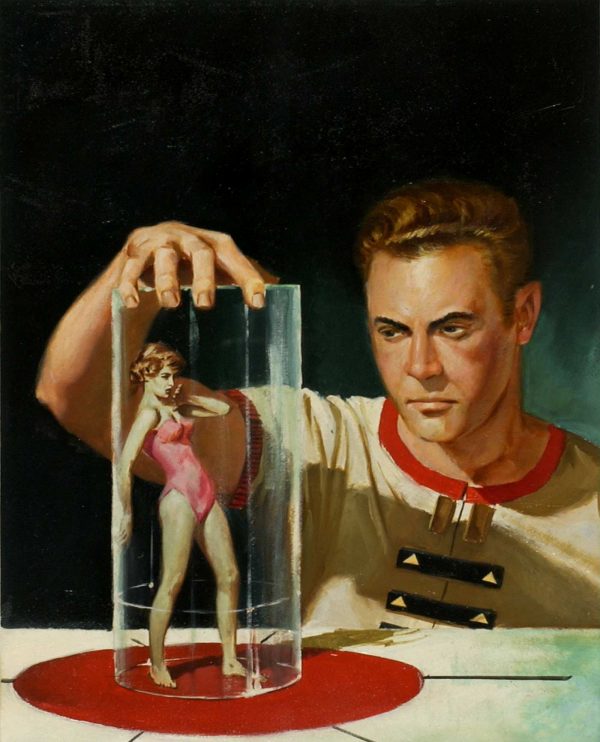 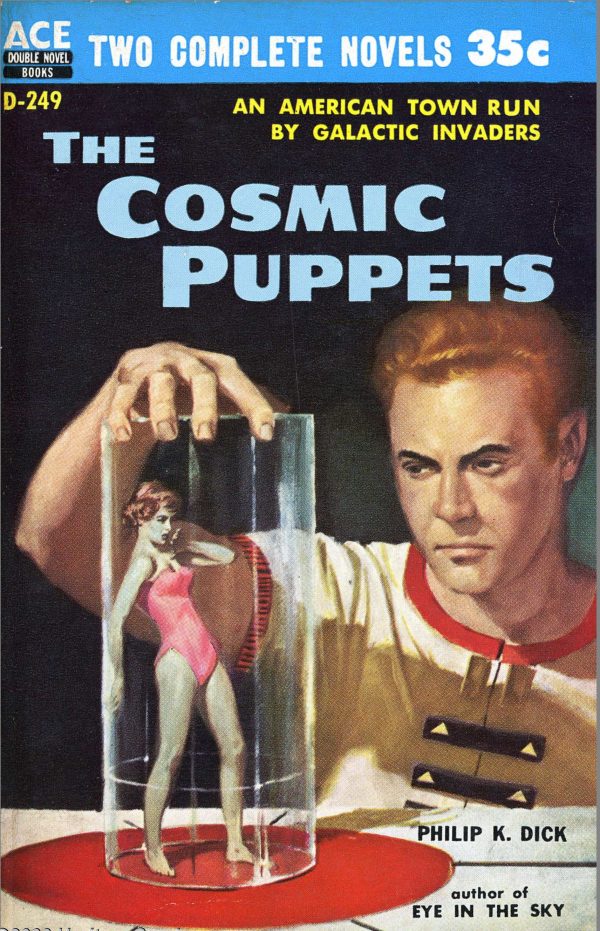 From the back of The Microscopic Ones,

The same would hold true for contraction…. If it took place universally.

But what happens when relativity misses a beat? If one section of the galaxy — one corner of the cosmos expanded or contracted out of proportion to another?

The first experimental hyper-drive ship blasted off into Deep Space. Time got out of gear. So did the dimensional correlates. So did the relative proportions of the ship, the crew, and their home world.

What would they find when they returned? Would they be dwarfs or giants? Or so completely out of proportion that they would never fit in again….?

Above all — could the effect be reversed?