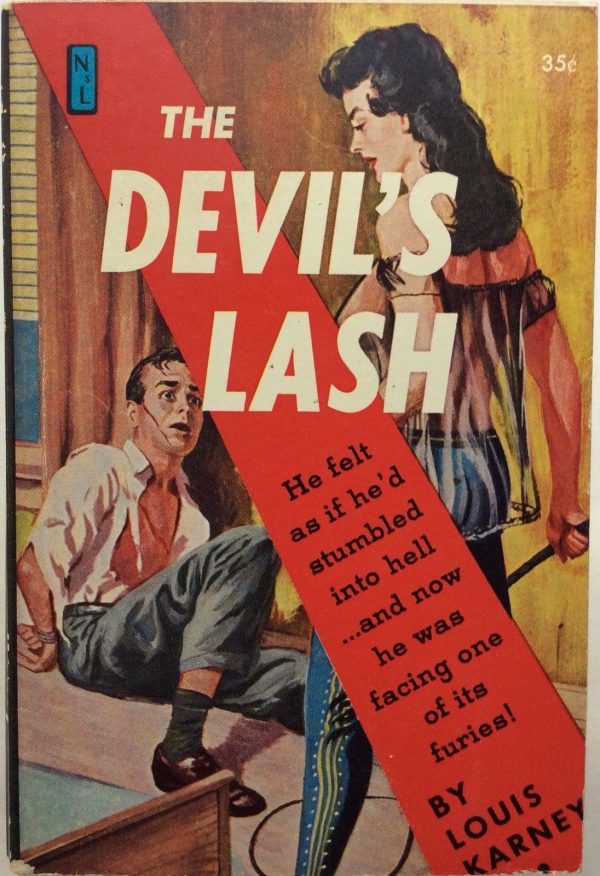 He felt as if he’d stumbled into hell… and now he was facing one of its furies!

They were rocking on the floor, her body driving against his like pistons. He cried out as the manacled hands behind his back were driven against the floor by the fury of her movements, and he begged her to stop because of the tearing pain; but in the next breath he pleaded for her not to stop because the fingers of passion were clawing at him, opening new vistas of pleasure he had never before experienced.
It seemed as though the whole world had suddenly entered into a conspiracy against him… it just didn’t make sense! One minute he was Paul Mantell, solid citizen, husband and father—the next, he was Paul Mantell, suspected murderer, and patsy for the vice syndicate. It could have been a nightmare or a dream, he told himself, but the brutal whiplash proved it was real… and it looked like there would be no escaping it!
Her body went rigid from the waist up as her fingers reached behind her back in search of the final catch that would free her, and as her body straightened, her breasts pushed up and out, putting on dazzling display a shelf of rare design and beauty. In a moment the brassiere was floating forward. At last she was naked before him. Sculptured marble, Paul thought, and he couldn’t breathe. When she picked up the whip and came toward him, he stepped back involuntarily, the handcuffs chafing at his wrists. “Don’t be afraid,” she said softly, coming closer.

One thought on “The Devil’s Lash”