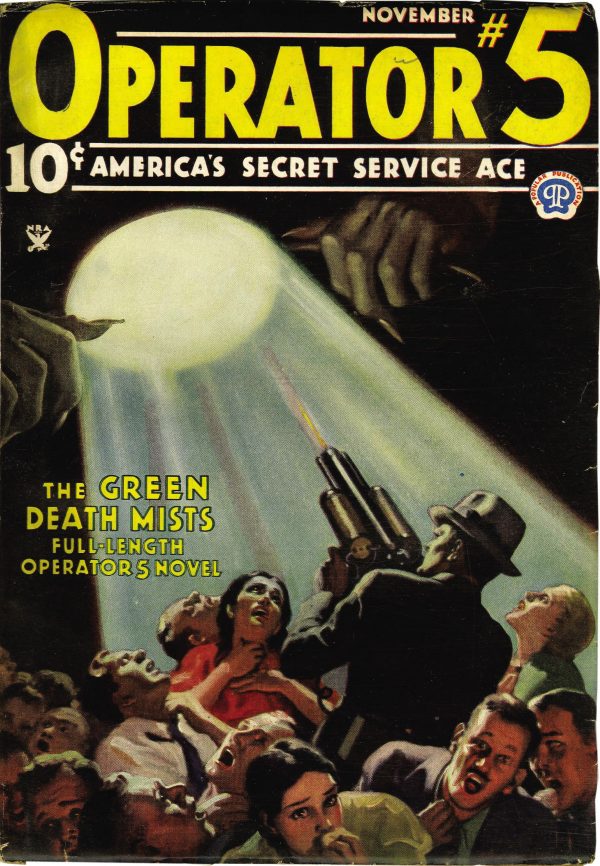 In a small circular room, a Mongol in a scarlet silken robe shoved the knife of an electrical switch; a thousand miles away, a terrific storm swept the sky, changed all colors in a grotesque parody of reality, left thousands of men and beasts gasping, screaming, dying for want of oxygen which had been conjured out of the atmosphere. The Mongol Emperor had struck again!

Prophet to a hundred peoples, descendant of the cruel pillagers of the East, he beckoned to his countless hordes of faithful followers, offering them America as a prize if they were bold enough to take it!…

With the death bells tolling mournfully in every church belfry, with Operator 5’s beloved countrymen, men, women, and children choking to death like hogs with cholera–how can America’s famous undercover ace deliver his native land from the demoniacal power of the son of Genghis Khan?