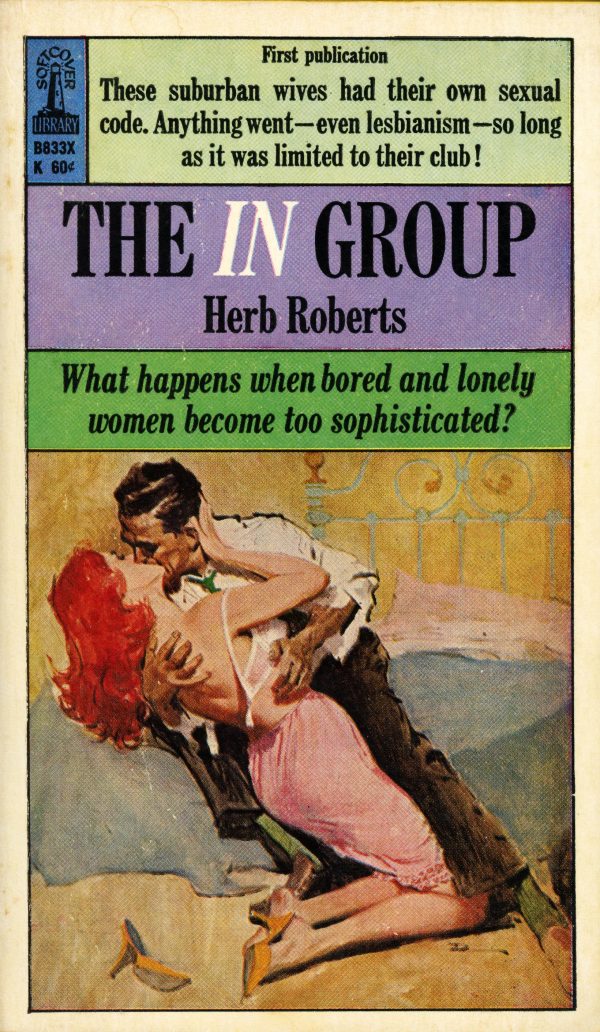 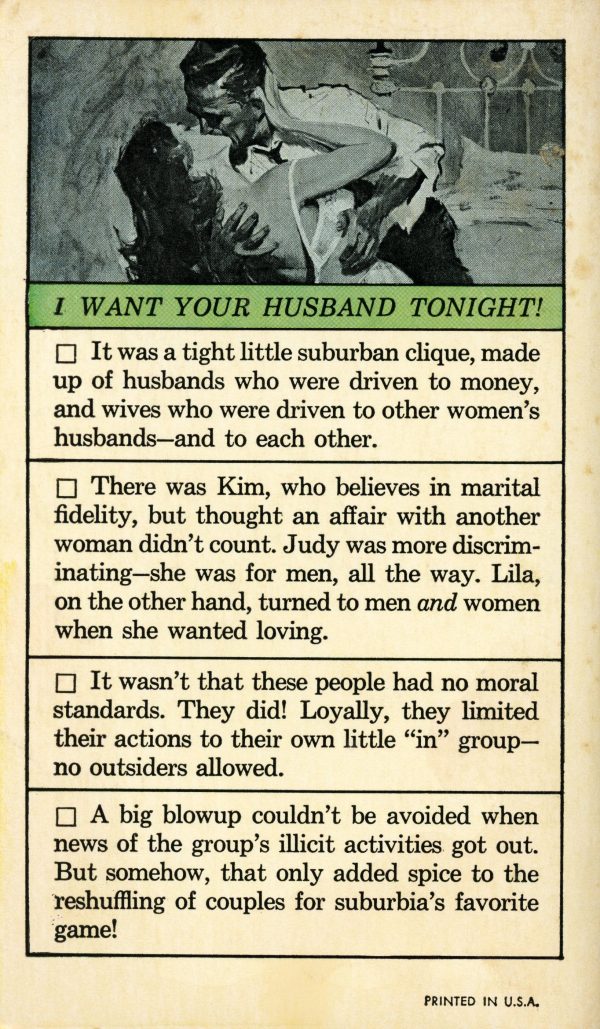 What happens when bored and lonely women become too sophisticated?
These suburban wives had their own sexual code. Anything went — even lesbianism — so long as it was limited to their club!

I WANT YOUR HUSBAND TONIGHT!
It was a tight little suburban clique, made up of husbands who were driven to money, and wives who were driven to other women’s husbands—and to each other. There was Kim, who believes in marital fidelity, but thought an affair with another woman didn’t count. Judy was more discriminating—she was for men, all the way. Lila, on the other hand, turned to men and women when she wanted loving. It wasn’t that these people had no moral standards. They did! Loyally, they limited their actions to their own little “in” group—no outsiders allowed. A big blowup couldn’t be avoided when news of the group’s illicit activities got out. But somehow, that only added spice to the reshuffling of couples for suburbia’s favorite game!

This cover was previously used for Cry Rape