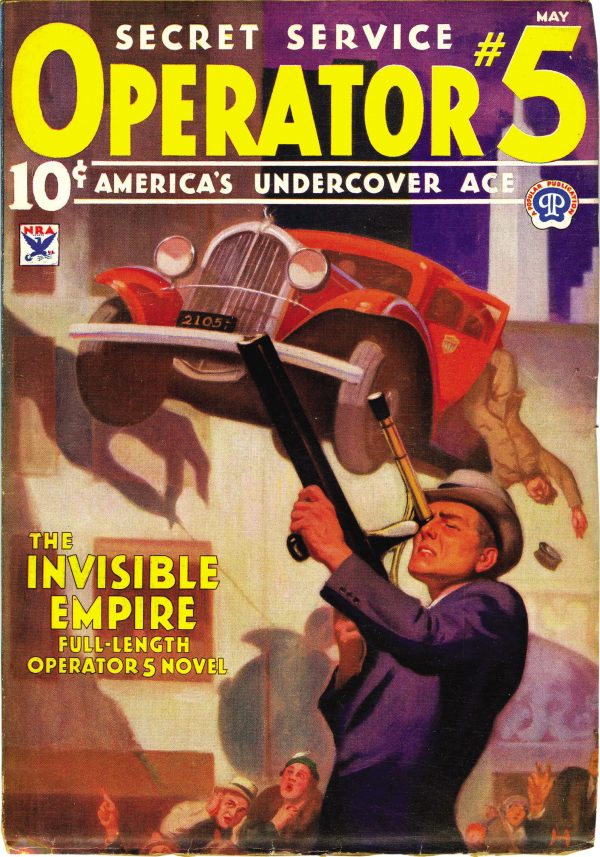 Jimmy Christopher, along with his father, ex-Operator Q-6 and his faithful sidekick, Timmy Donovan, must seek and destroy an invisible air-borne fortress aiming to destroy the United States, and bring the entire country into the control of the Yellow Empire.

The Atlantis has not touched ground since it took to the skies over a month earlier. Sailing high amidst the earth’s stratosphere, it has ripped planes from the sky, and sent poisoned gases to the ground, wiping out American citizens below. Can Operator 5 save the President’s son from a chilling demise? Will he find this frozen fortress and end the havoc it seeks to spread?