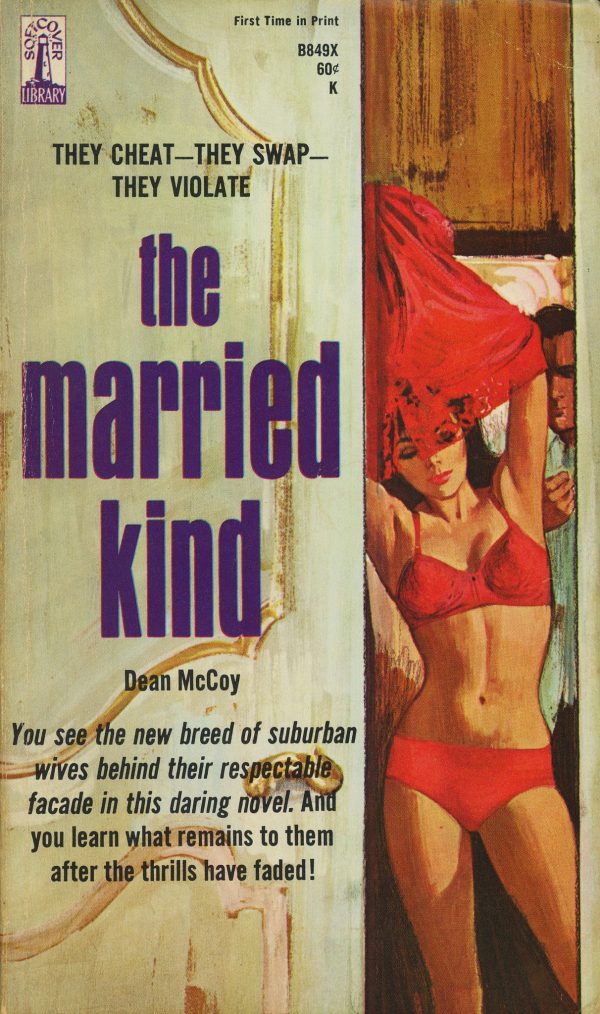 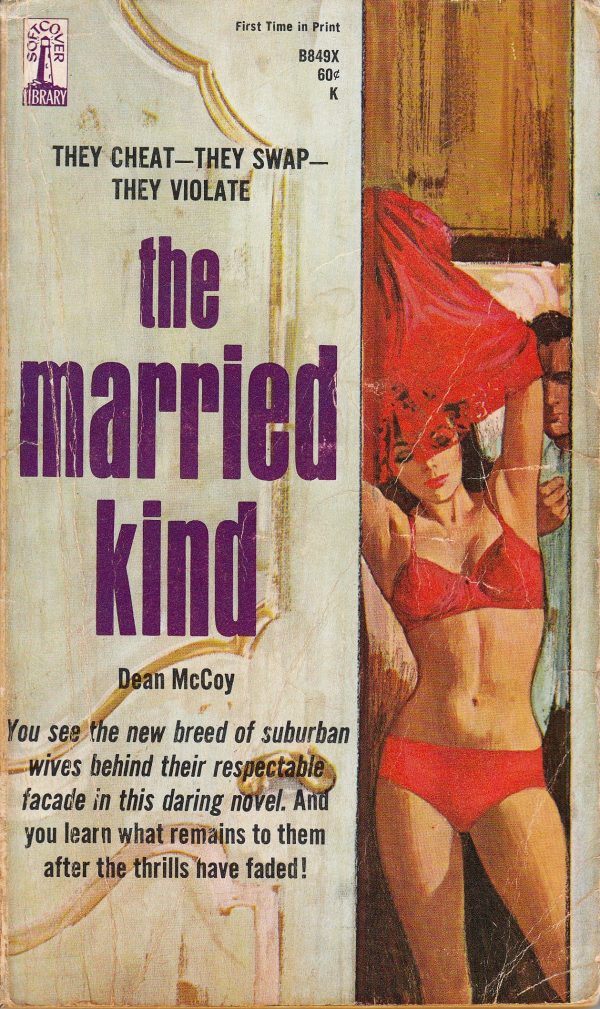 They Cheat — They Swap — They Violate

You see the new breed of suburban wives behind their respectable facade in this daring novel. And you learn what remains to them after the thrill’s have faded!

Eve Hadley was more than pretty. She was warm and wanting. So why should she try to< content herself with one man?
Ed Hadley was her husband. But he was having affairs with other women. That gave Eve a perfect excuse to seek solace with a neighbor.
And that launched the mate-trading. Eve and her neighbor, her husband and the neighbor’s wife. Still it wasn’t enough. For greater kicks, Eve snared a teen-ager.

This novel gives you the score-the way a case-history does. You may feel that Eve had no justification for her sexual promiscuity. Maybe she simply should have forced her husband to toe the line. But she knew she could not condemn him without condemning herself!