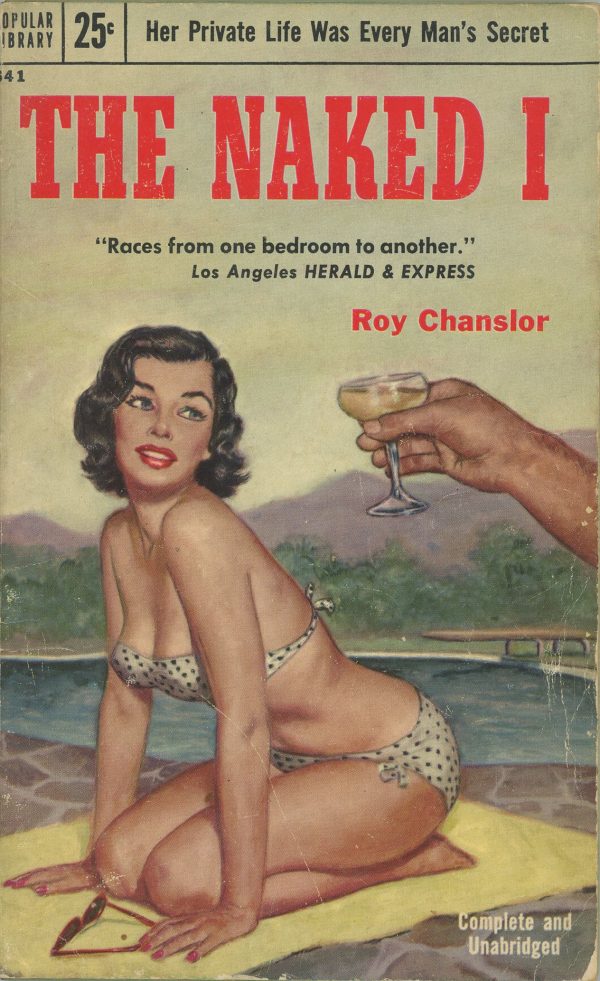 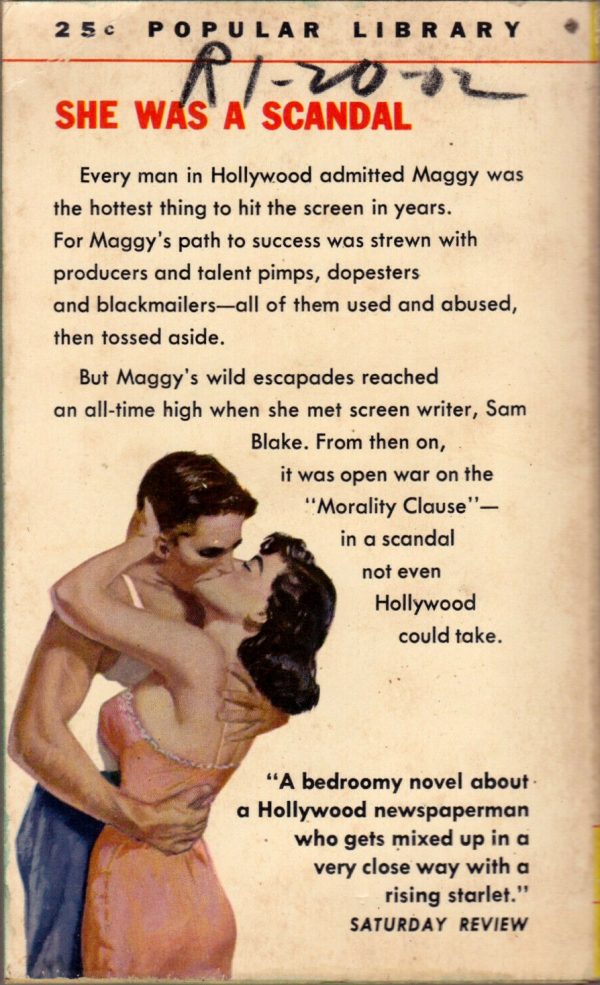 Her Private Life Was Every Man’s Secret

Is “Races from one bedroom to another” supposed to be a complement?

Every man in Hollywood admitted Maggy was the hottest thing to hit the screen in years. For Maggy’s path to success was strewn with producers and talent pimps, dopesters and blackmailers—all of them used and abused, then tossed aside.
But Maggy’s wild escapades reached an all-time high when she met screen writer, Sam Blake. From then on, it was open war on the “Morality Clause”—in a scandal not even Hollywood could take.

One thought on “The Naked I”