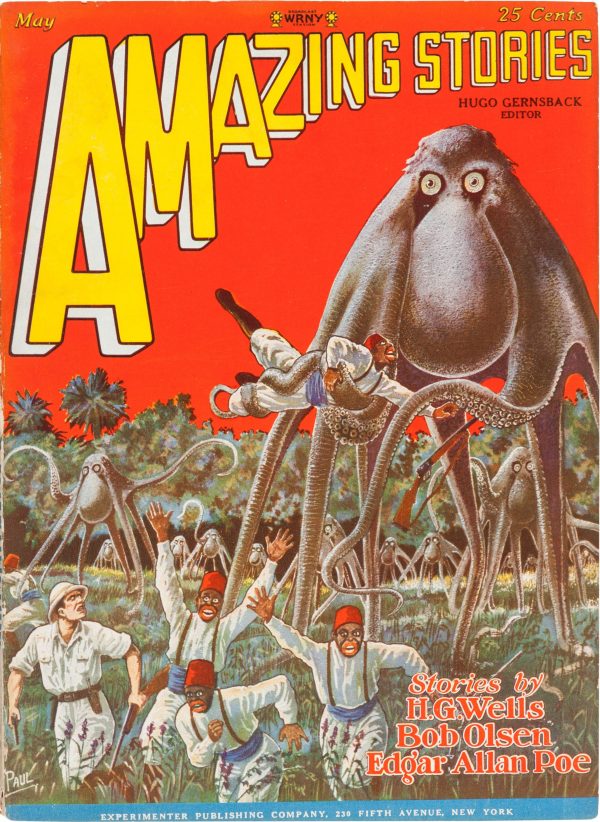 Our Cover this month depicts a scene from the story entitled “The Octopus Cycle,” in which the small group of natives headed by the American scientist and a Frenchman. are fleeing from the scene of battle against a highly organized army of enormous animals of the mollusk order. Several of the natives arc caught up in the tentacles of the octopuses, only to vanish almost instantly.