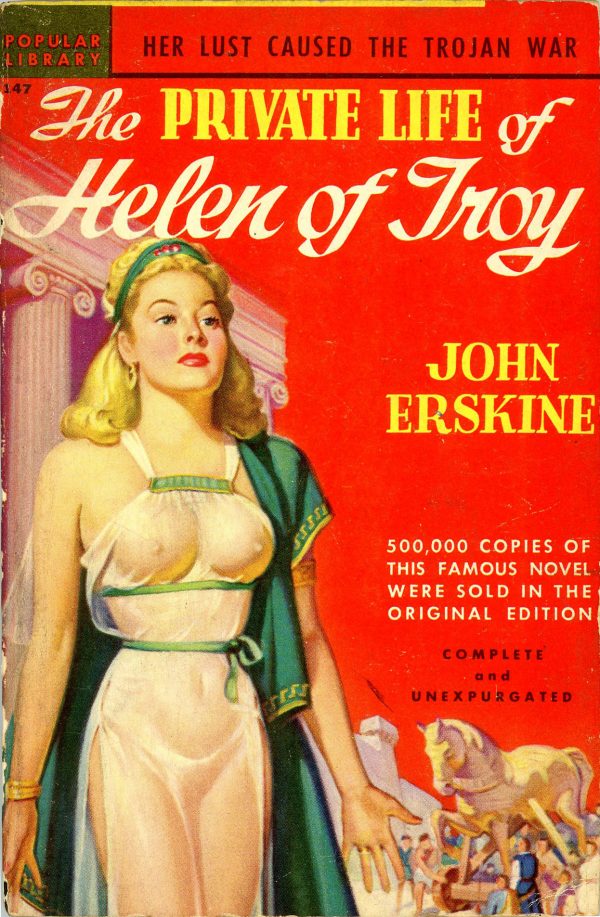 Her Lust Caused The Trojan War

She looks like the winner of a Classical Era Wet T-Shirt Contest.

After the Greeks sacked Troy, Menelaos sought to slay his wife Helen, whose flight with Paris precipitated the Trojan war. But when she bared her bosom to his sword he found he had not the heart to kill her. Returning to Sparta, Helen serenely triumphed over gossip while her outraged husband was hard put to justify his failure to exact vengeance. Then Agamemnon, Menelaos’ brother, returned from Troy and was murdered by his wife, Helen’s sister, as further intrigues and scandals came apace. A gay, witty novel about a lovely woman to whom men first lost their hearts, then their heads, and finally their lives!

3 thoughts on “The Private Life of Helen of Troy”