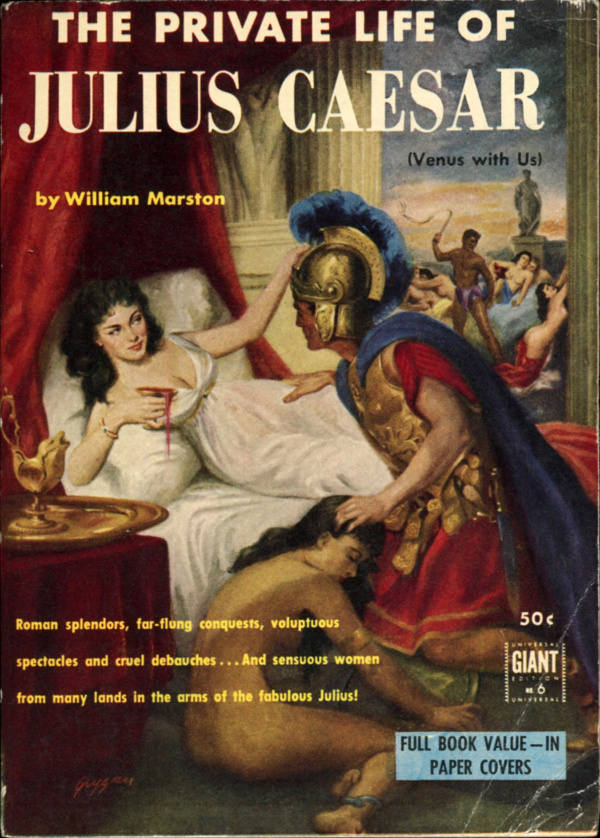 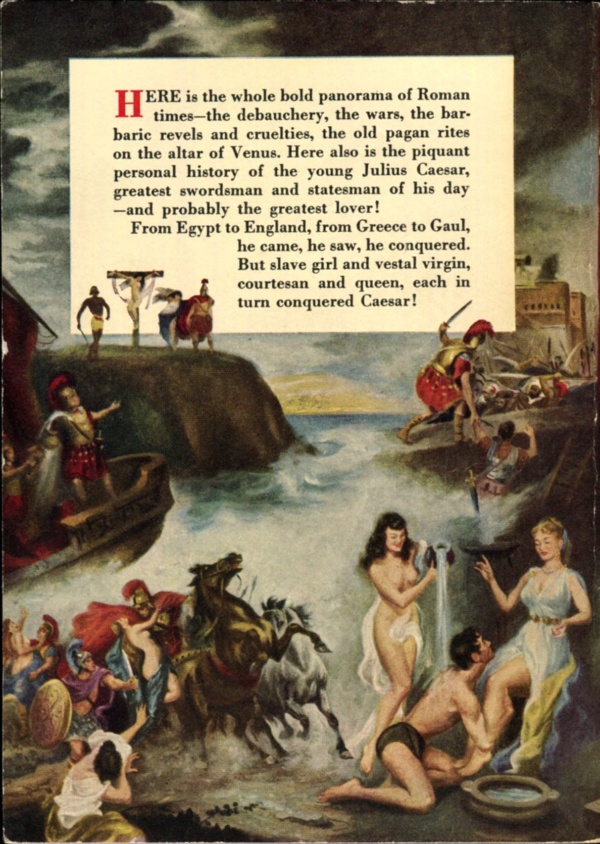 Roman splendors, far-flung conquests, voluptuous spectacles and cruel debauches… And sensuous women from many lands in the arms of the fabulous Julius!

By William Marston, better known as the creator of Wonder Woman

Here is the whole bold panorama of Roman times—the debauchery, the wars, the barbaric revels and cruelties, the old pagan rites on the altar of Venus. Here also is the piquant personal history of the young Julius Caesar, greatest swordsman and statesman of his day and probably the greatest lover! From Egypt to England, from Greece to Gaul, he came, he saw, he conquered. But slave girl and vestal virgin, courtesan and queen, each in turn conquered Caesar!