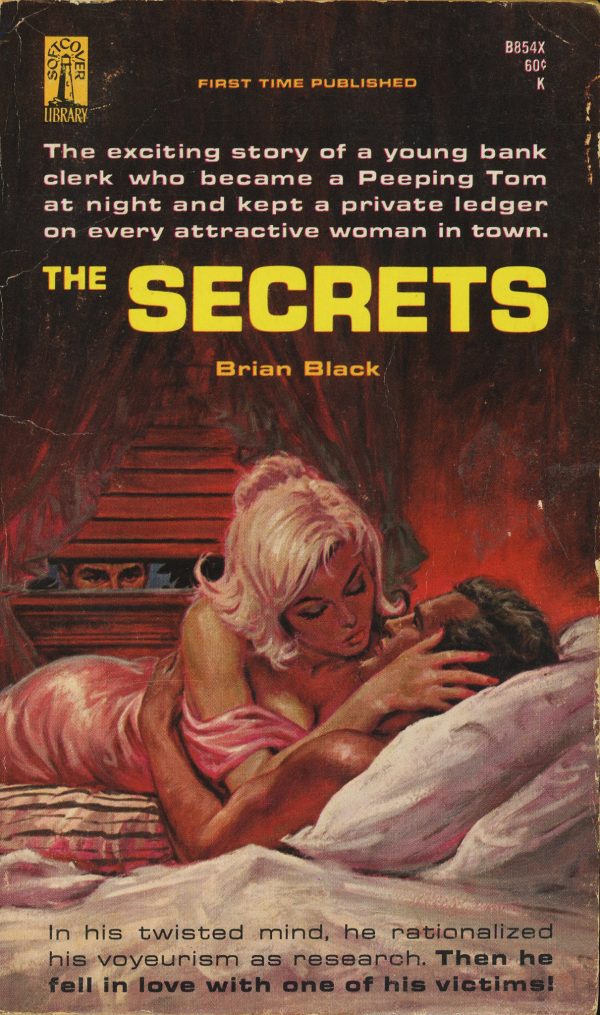 The exciting story of a young bank clerk who became a Peeping Tom at night and kept a private ledger on every attractive woman in town.

In his twisted mind, he rationalized his voyeurism as research. Then he fell in love with one of his victims!

PROWLER IN SUBURBIA
It was a sleepy suburban town. But when Reed Alvord yielded to his compulsion to peer through windows after nightfall, he soon discovered that the private lives of seemingly:sedate local women were full of excitement. He watched them cheat, lust, and indulge in weird aberrations. The sight of them excited Reed beyond, bounds. Neglecting his own life, he began to use his guilty knowledge to wring sexual favors from other men’s wives.
It took time for Reed to realize how lo he had sunk, how .perverted he had become. He might never, have realized at all—except that he fell in love with one of the women he spied upon.
A NOVEL THAT UNMASKS THE STRANGE SECRET OF SUPPOSEDLY “RESPECTABLE” SUBURBANITES!