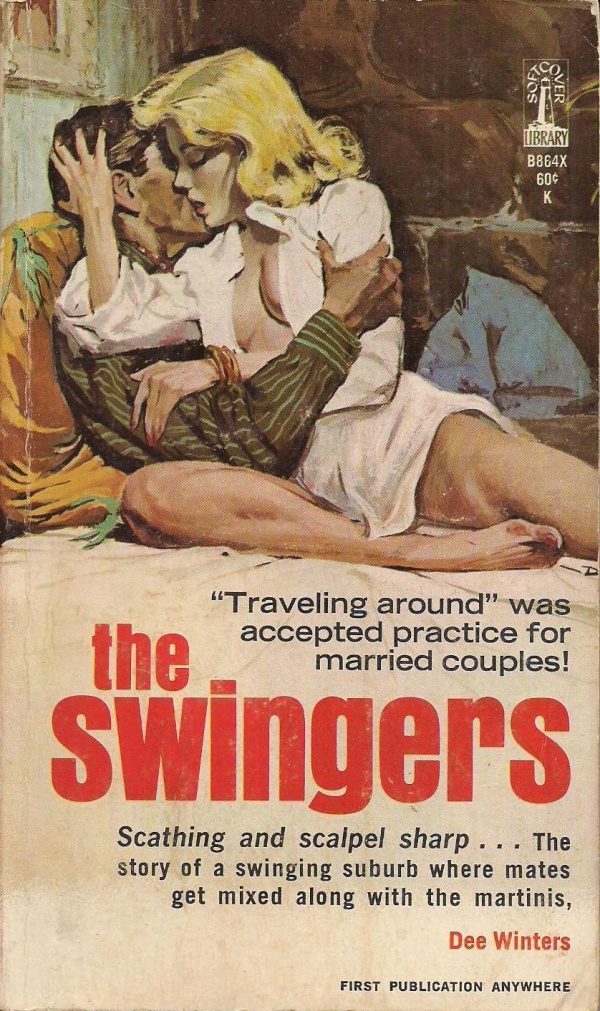 “Traveling around” was accepted practice for married couples!
Scathing and scalpel sharp… The story of a swinging suburb where mates get mixed along with the martinis

Welcome to the swinging, swapping suburban set — where couples are rated and partners switched with pushbutton ease!
Rick and Nina found the neighborhood ” mating game” gave an exciting new fillip to their own waning marriage. They found new thrills in toting up their score cards, threw themselves with headlong abandon into a vortex of sensation-seeking as they competed with each other for “high-score.”
Nina made the rounds of husbands and Rick completed the circuit of wives. But at last one fatal step too far down the perverse path brought them face to face with a shocking realization about themselves — and about their friend, attractive Gerry Dennison,. Gerry’s forbidden longings, it was clear, rendered her completely vulnerable to the warped ways of — The Swingers