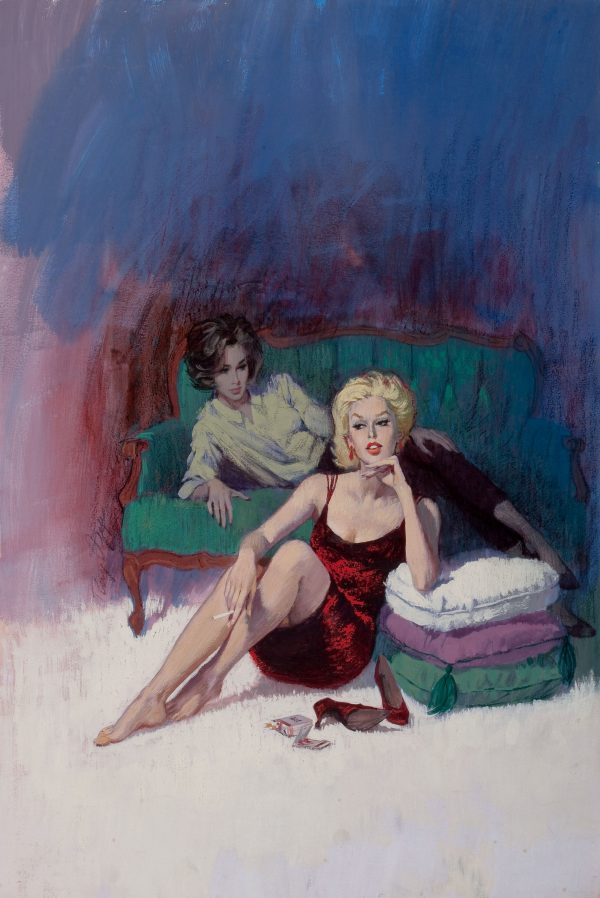 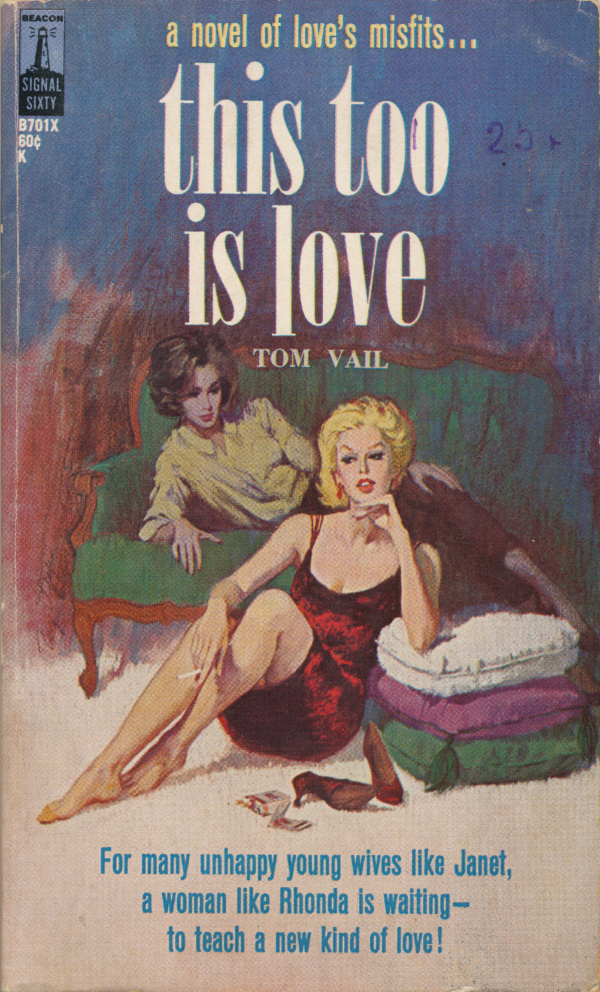 A novel of love’s misfits…

For many unhappy young wives like Janet, a woman like Rhonda is waiting — to teach a new kind of love!

Why? What drives thousands of young wives like Janet Colton to turn their backs on husbands, homes, even children, to take on these strange, lonely alliances?

Here is a novel that tries to explore why and how such things happen. Has the conjugal bed become just another arena for the battle of the sexes? It had begun to seem that way to Janet. She could outsmart her husband, Lance, in their public relations business, but he could destroy her as a woman, at night, in the solitary darkness of their marriage bed. When Rhonda Marsh, blond, rich, beautiful, and above all, wise, came into their lives, the lonely, sexually frustrated Janet put up a brave but losing battle. Soon she found herself trying to serve two masters, torn between the strong but gentle love she needed and the husband she loved and wanted.

Not A Novel Of Lesbian Love – A Novel, Rather, Probing The Reasons For Lesbian Love And Its Bittersweet Consequences