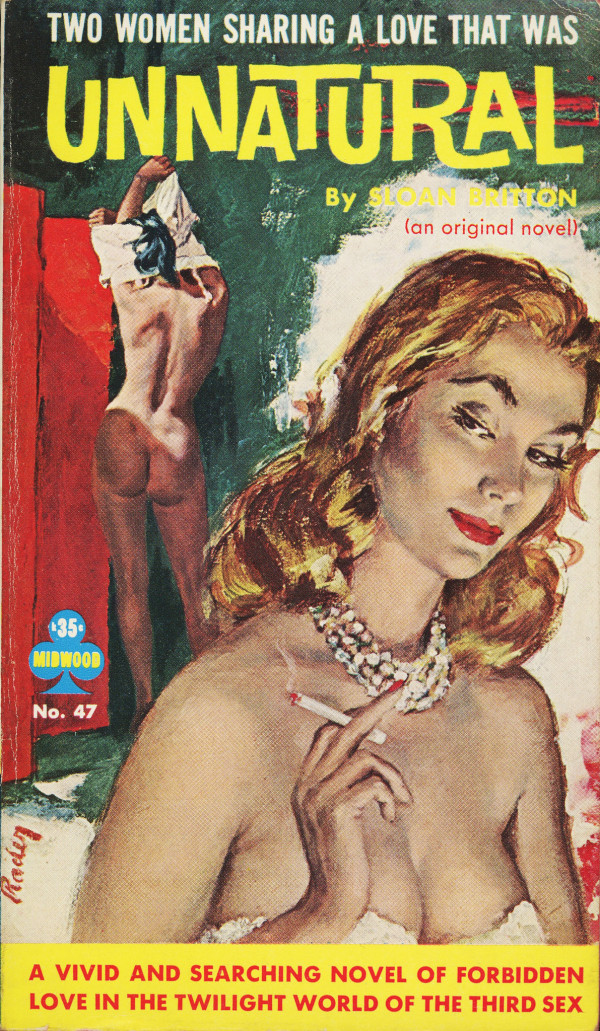 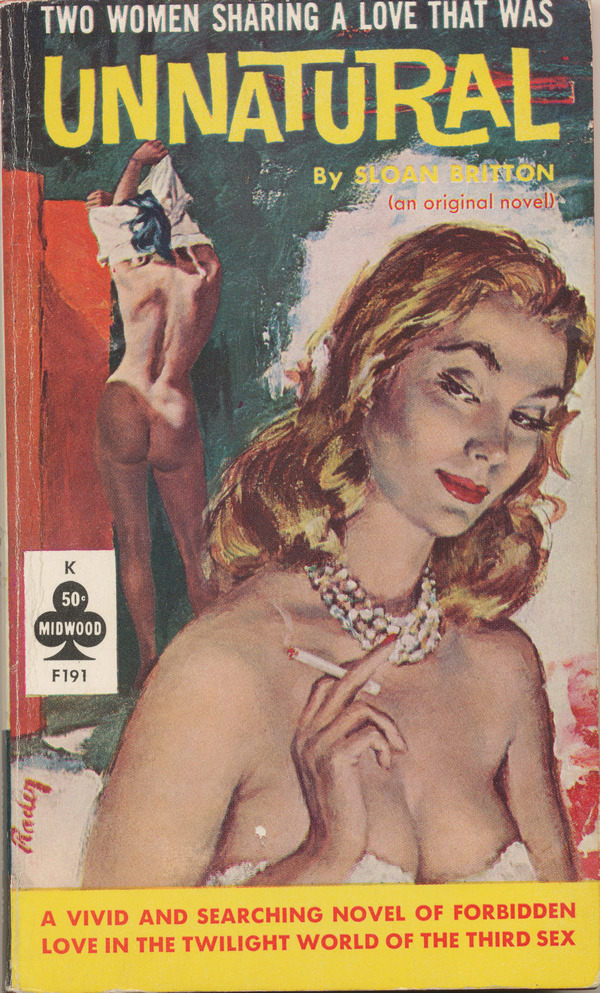 Two Women Sharing A Love That Was Unnatural

She loved her so much that sometimes she thought it was wrong. Human beings weren’t supposed to love each other so much. There must be something sinful about a love so strong it blotted out everything else, including decency and self-respect.

Lydia was Allison’s whole life … until one night she went to a wild bohemian party … and met Cal Staton. Could she pull herself out of the pit of unnatural love? Cal Staton was a man – and men had hurt her so much. Perhaps she would be better off forgetting him and staying with Lydia. Lydia, who turned the world away when she took her in her arms. Lydia, who could make her melt with a glance … climb to the peaks of ecstasy with a caress.

Later reprinted as The Delicate Vice