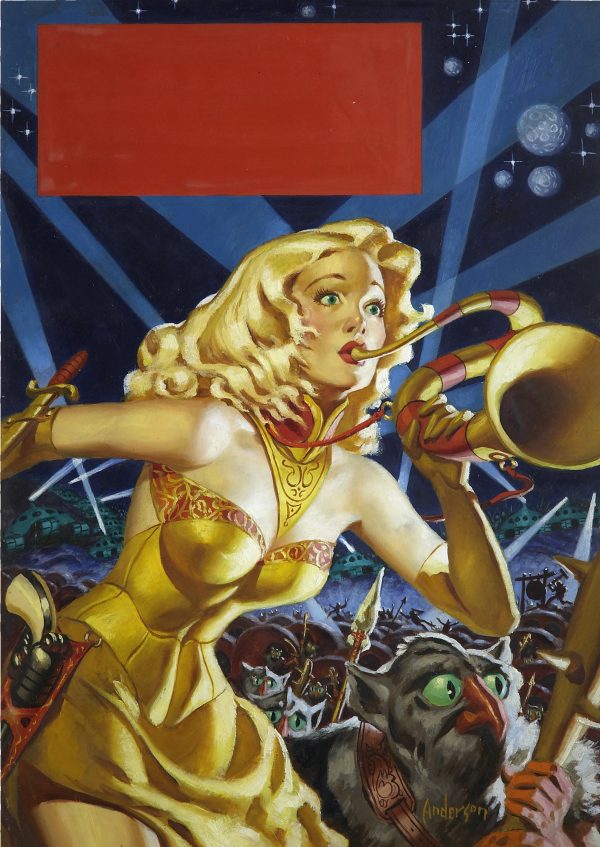 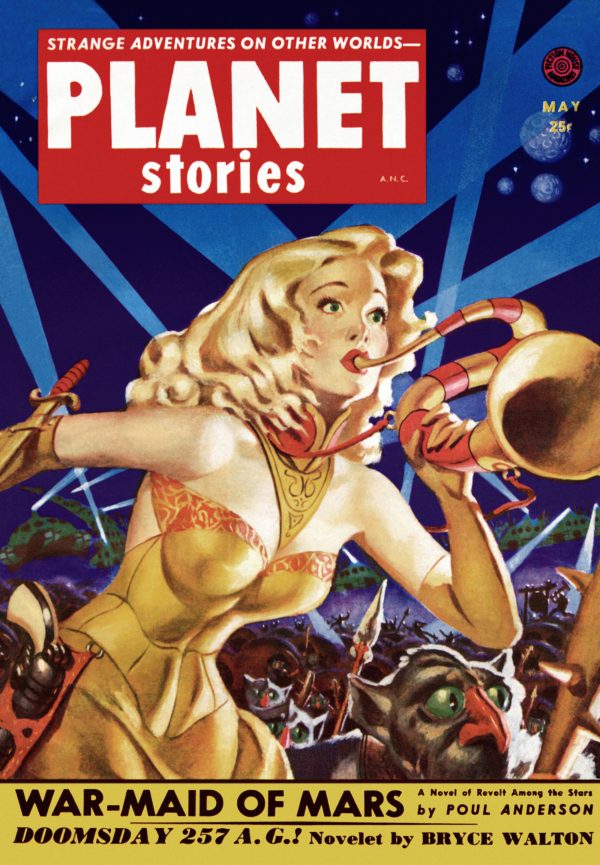 This painting, worth about $40,000, is thought to be one of only three surviving science fiction covers by Allen Anderson. Another can be seen here.

An unusual twist of fate was reported as the reason behind the survival of this painting. When Fiction House, publishers of the magazine, went out of business in the sixties, all of the original art stored in its warehouse was burned by workers who saw no reason to keep the art. Fortunately, Frank Kelly Freas had rescued several of his own paintings years before. Later, as Freas told it, he took the Anderson painting, one of two, in trade for monies owed him when he was visiting the publisher to discuss his own artwork, shortly before the fire.

2 thoughts on “War-Maid of Mars”