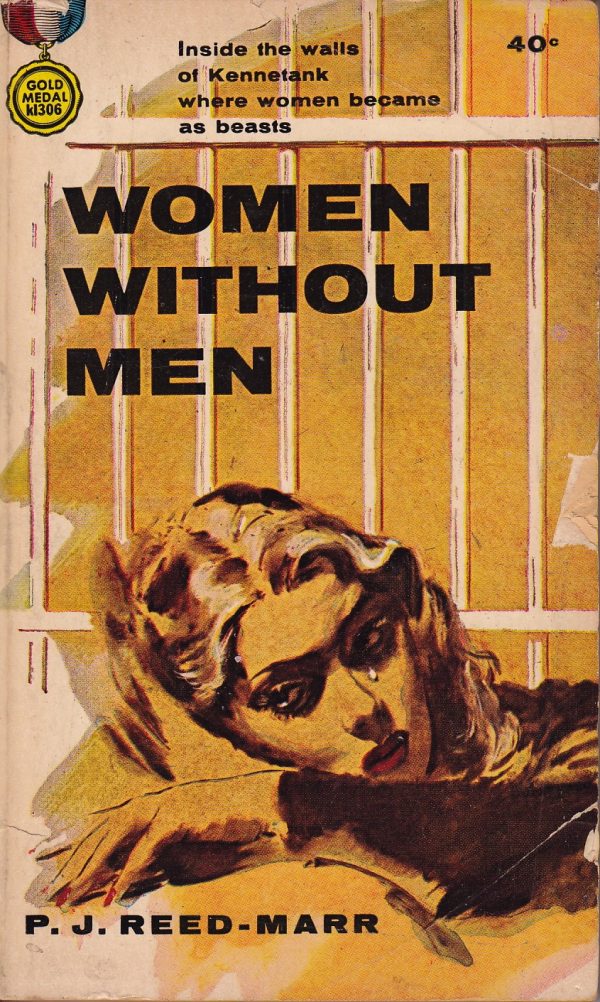 Inside the walls of Kennetank where women become as beasts

The ugly and
the beautiful, the depraved and the innocent, the dangerous and the
frightened, they shuffled through the days in baggy,
gray cotton — the women whom society had imprisoned
in Kennetank.

Kennetank, where evil flourished and fear ruled and
even the warden was powerless to stop it.

For behind its walls the habitual thief called the
Queen reigned – her weapons terror and coercion,
twisted loves and passionate hates.

Soon she would have a new courtier-or enemy.
Mary Holloway was coming to Kennetank, and the
prison buzzed excitedly at the news. For Mary was a
celebrity- the beautiful star attraction of the recent
vice trials.

Kennetank was waiting for her, and so was the
Queen the gray, gross spider weaving a web that
would imprison Mary more degradingly than any cell
in the world.