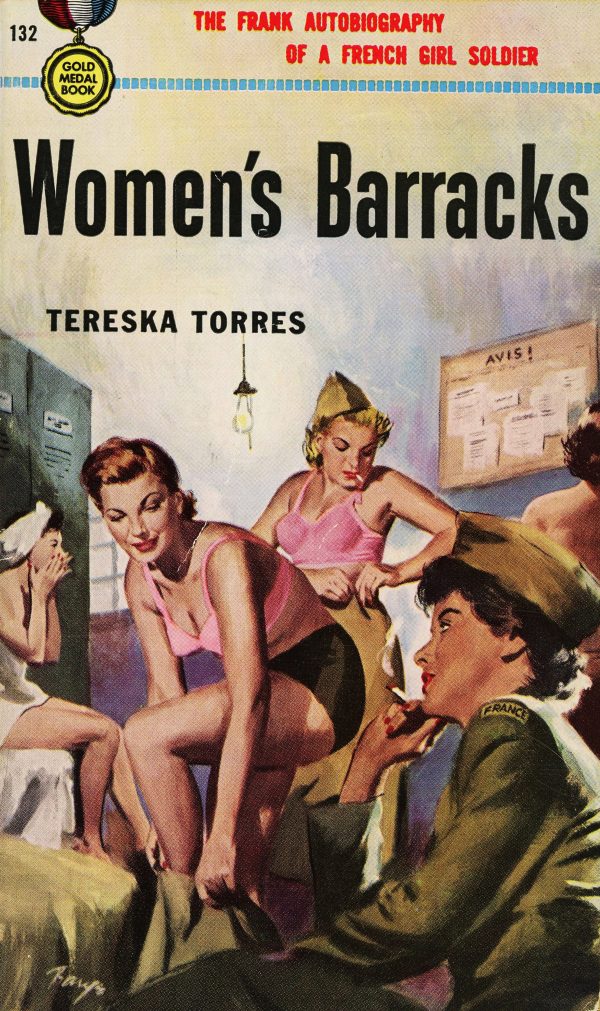 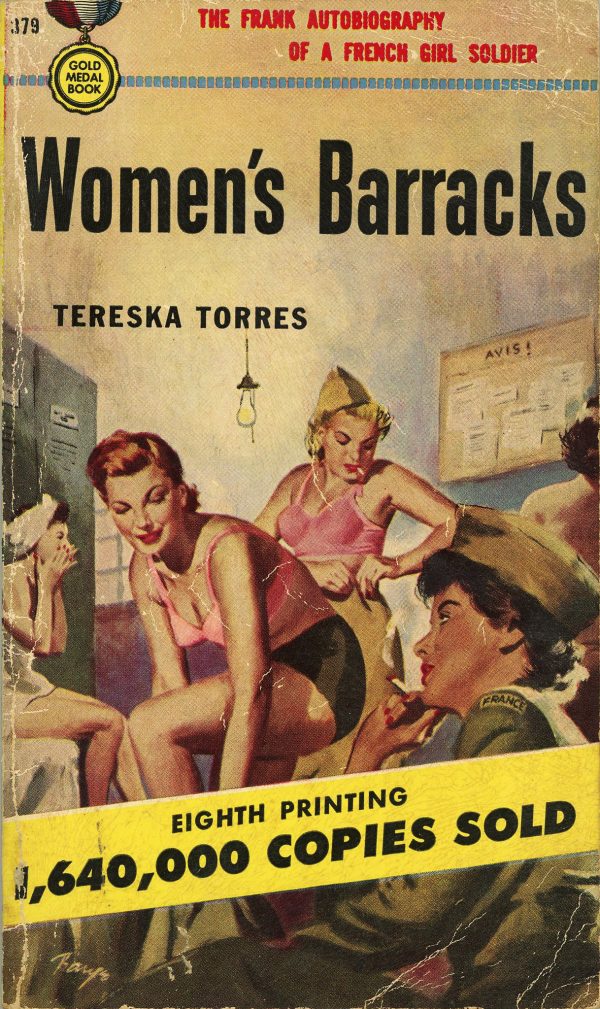 The Frank Autobiography Of A French Girl Soldier

Originally published in 1950, this account of life among female Free French soldiers in a London barracks during World War II sold four million copies in the United States alone, and many more millions worldwide. Women’s Barracks is based on the real-life experiences of the author, Tereska Torres, who escaped from occupied France, arrived as a refugee in London, and joined other exiled Frenchwomen enlisting in Charles DeGaulle’s army, then stationed in Britain awaiting an invasion of their homeland by Allied forces.

But Women’s Barracks is no ordinary war story. The grim setting of an urban military barracks—with its freezing dorms, rationed food, and unbecoming regulation underwear—became the setting for one of the steamiest novels of its time. Leaving “normal” civilian life behind, the women enter an all-female realm, where passionate attachments soon form—between older experienced women and young innocents, between butch officer types and their femme subordinates. And for those with more traditional leanings, there was a city full of soldiers to be had—sometimes two or three at a time.

Despite a tone that is frank rather than lurid, Women’s Barracks was banned for obscenity in several states. It was also denounced by the House Select Committee on Current Pornographic Materials in 1952 as an example of how the paperback industry was “promoting moral degeneracy”; not one of the committee members could even bring himself to read the offending passages aloud for the Congressional record.

But the novel became a record-breaking bestseller, and inspired a whole new genre: lesbian pulp.