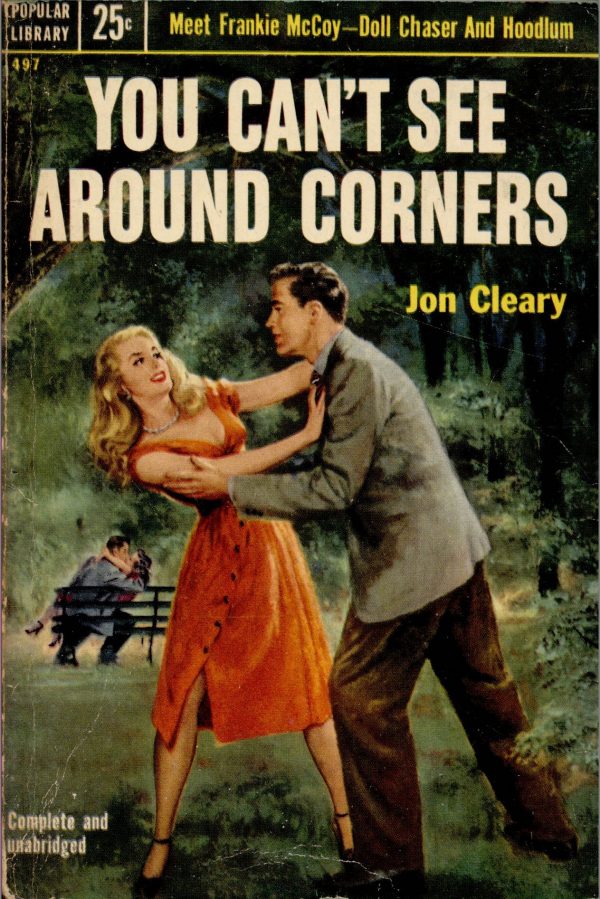 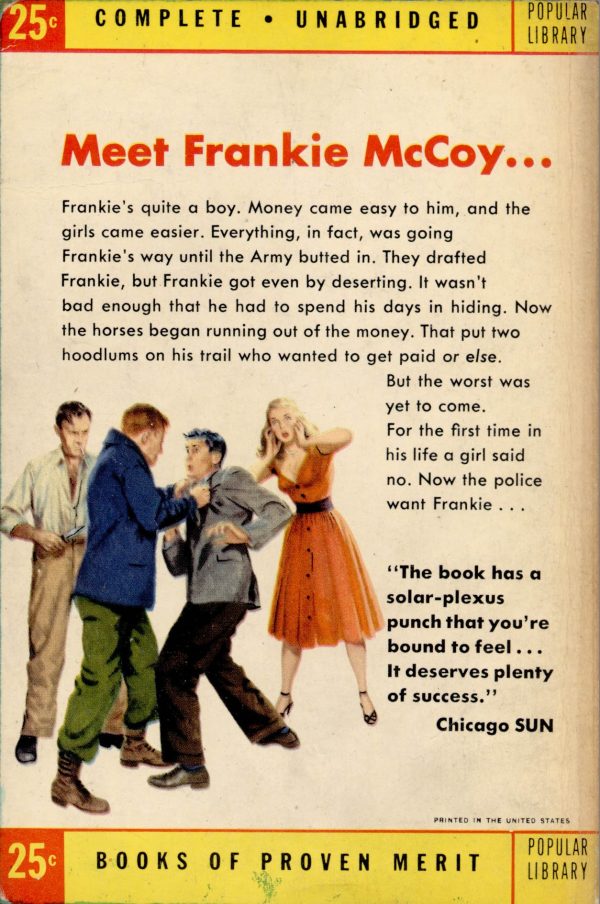 Frankie’s quite a boy. Money came easy to him, and the girls came easier. Everything , in fact, was going Frankie’s way until the Army butted in. They drafted Frankie, but Frankie got even by deserting. It wasn’t bad enough that he had to spend his days in hiding. Now the horses began running out of the money. That put two hoodlums on his trail who wanted to get paid or else. But the worst was yet to come. For the first time in his life a girl said no. Now the police want Frankie…