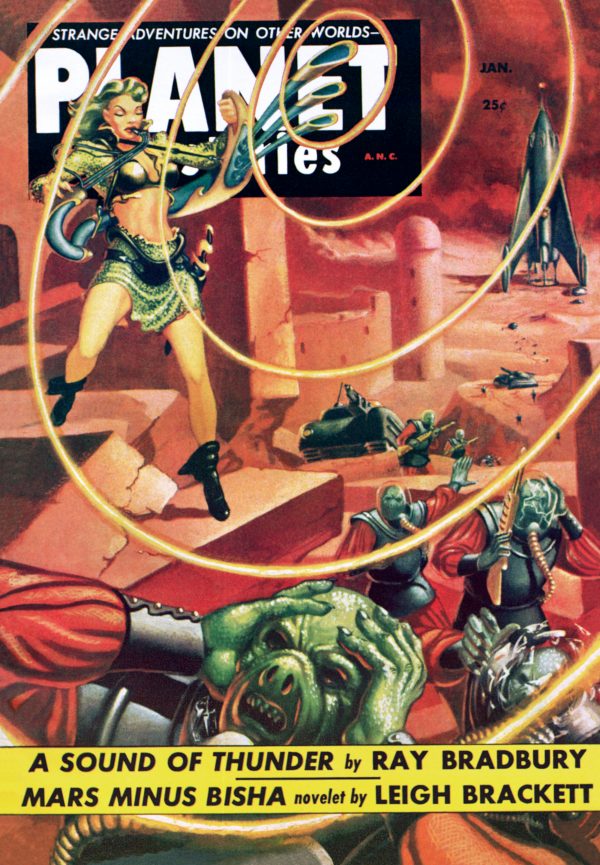 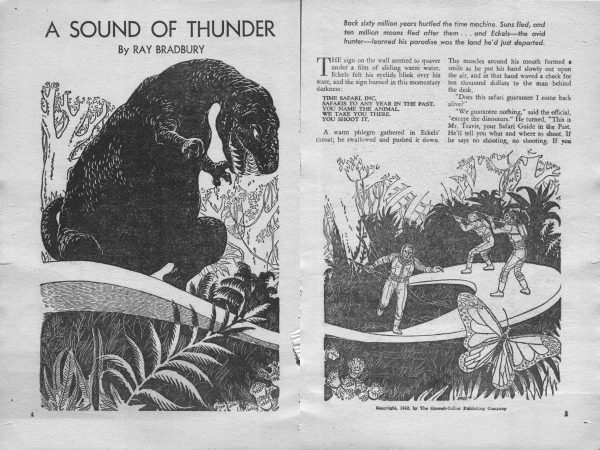 In addition to the Ray Bradbury time travel classic, this issue also contains some fascinating predictions about the future of space travel.

Man on the moon? That’s a big question. No one can say for certain when we shall go to the moon (or any other planet) or how it shall be accomplished. Yet it might be interesting to set down the opinions of leaders in the fields of science and science-fiction in these respects. A booklet compiled by Gerry de la Ree of 277 Howland Avenue, River Edge, N.J., has done just that, and we are pleased, with his permission, to give you some of his findings.

For those keeping track at home, the first man-made object to reach the surface of the Moon was the Soviet Union’s Luna 2 mission, on 13 September 1959. The United States’ Apollo 11 was the first manned mission to land on the Moon, on 20 July 1969. The Saturn V rocket used kerosene and liquid oxygen, but the Vostok 3KA that first took Yuri Gagarin into space ran on red fuming nitric acid.

2 thoughts on “A Sound Of Thunder”