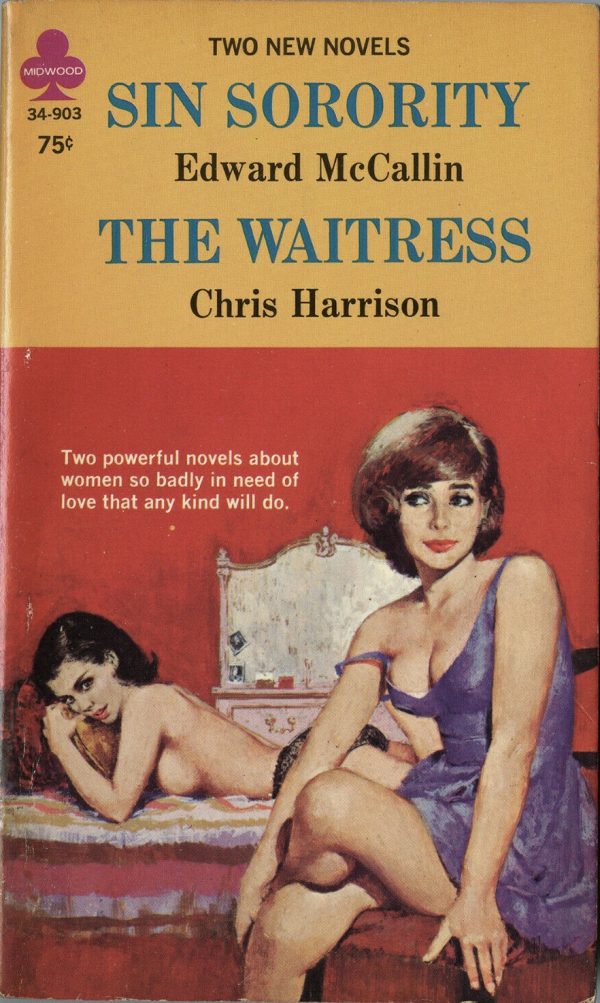 Two powerful novels about women so badly in need of love that any kind will do.

SIN SORORITY
Lois, who had no use for men, bossed The Delts, the most talked-about and powerful sorority on campus. To be admitted, a girl had to submit to Lois’s special kind of initiation . . .
THE WAITRESS
Charlie’s diner was the wrong place for a pretty waitress scared of men because someone had tried to rape her in high school. At Charlie’s, other men — and women — would try again . . . 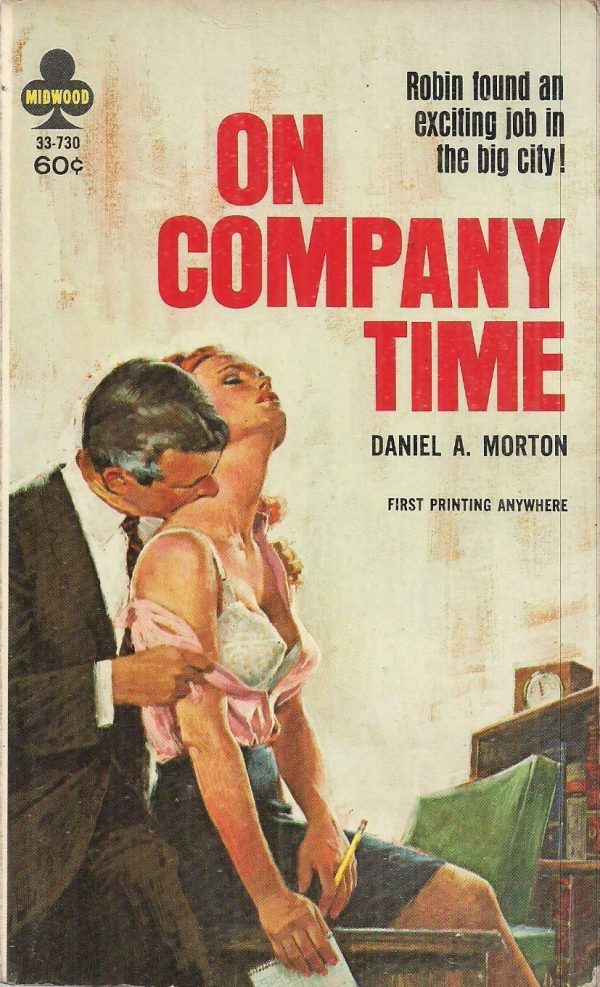 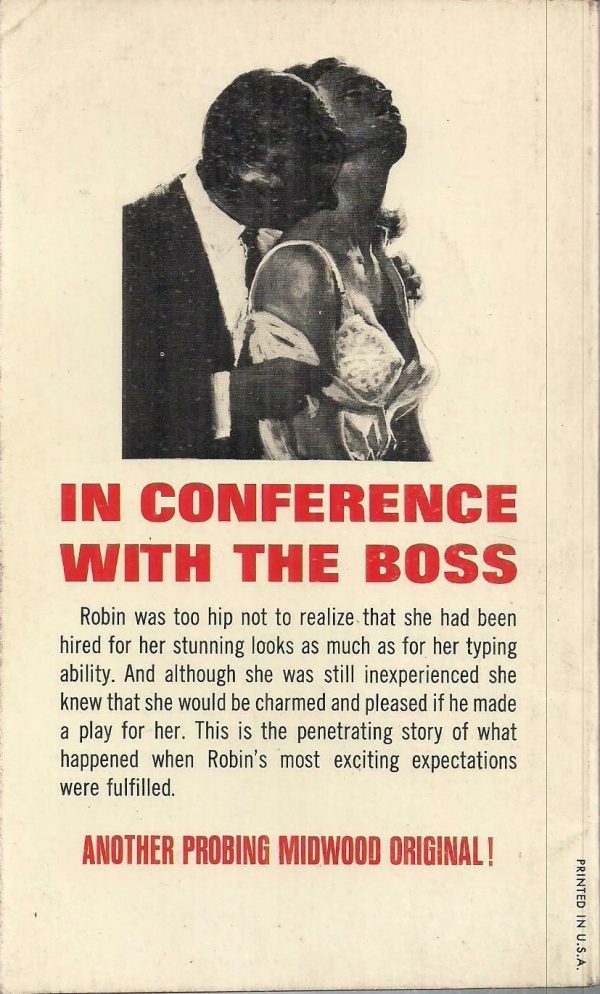 Robin found an exciting job in the big city!

IN CONFERENCE WITH THE BOSS
Robin was too hip not to realize that she had been hired for her stunning looks as much as for her typing ability. And although she was still inexperienced she knew that she would be charmed and pleased if he made a play for her. This is the penetrating story of what happened when Robin’s most exciting expectations were fulfilled. 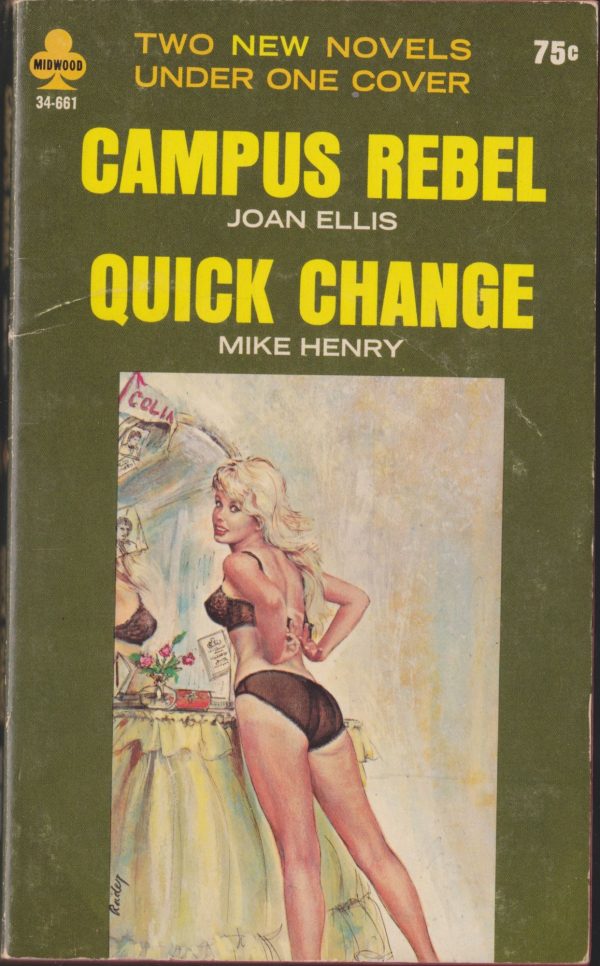 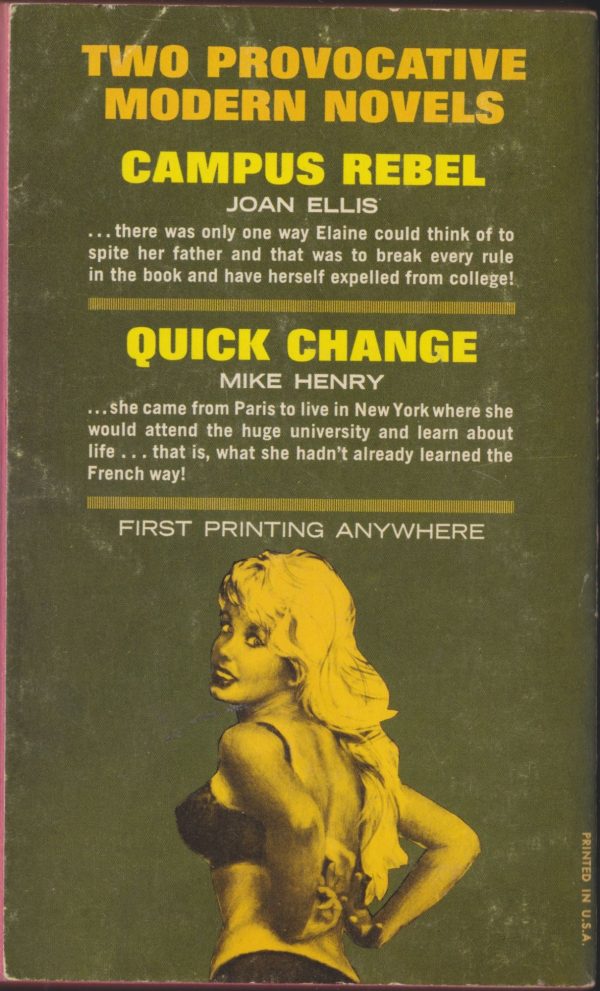 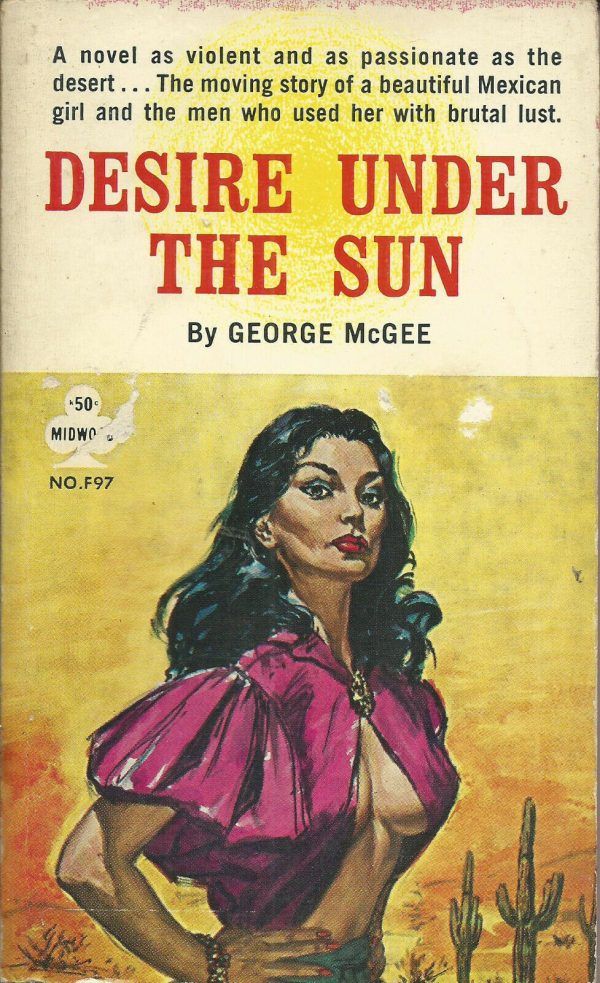 A novel as violent and as passionate as the desert… The moving story of a beautiful Mexican girl and the men who used her with brutal lust. 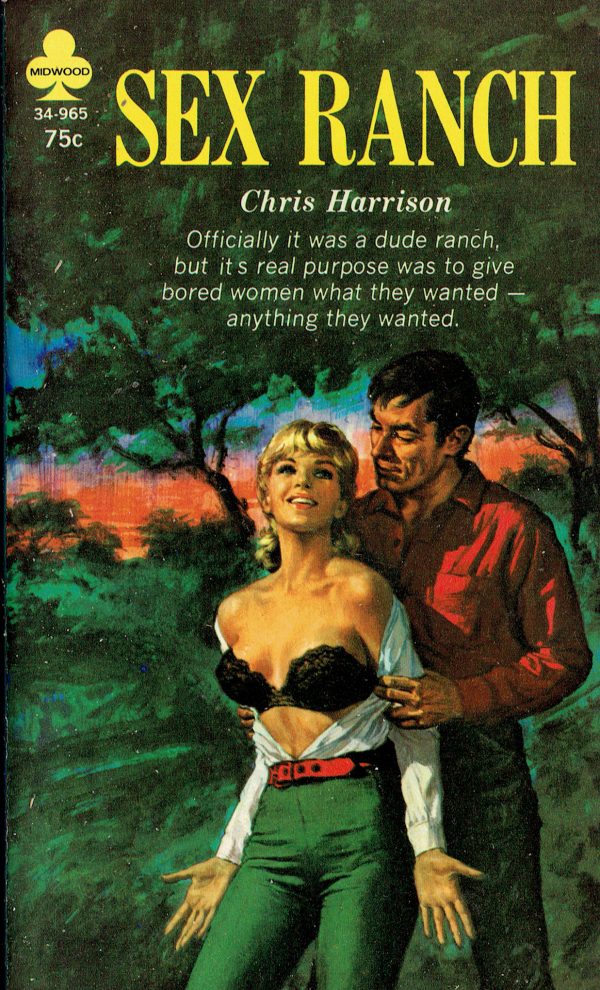 Officially it was a dude ranch but its real purpose was to give bored women what they wanted — anything they wanted. 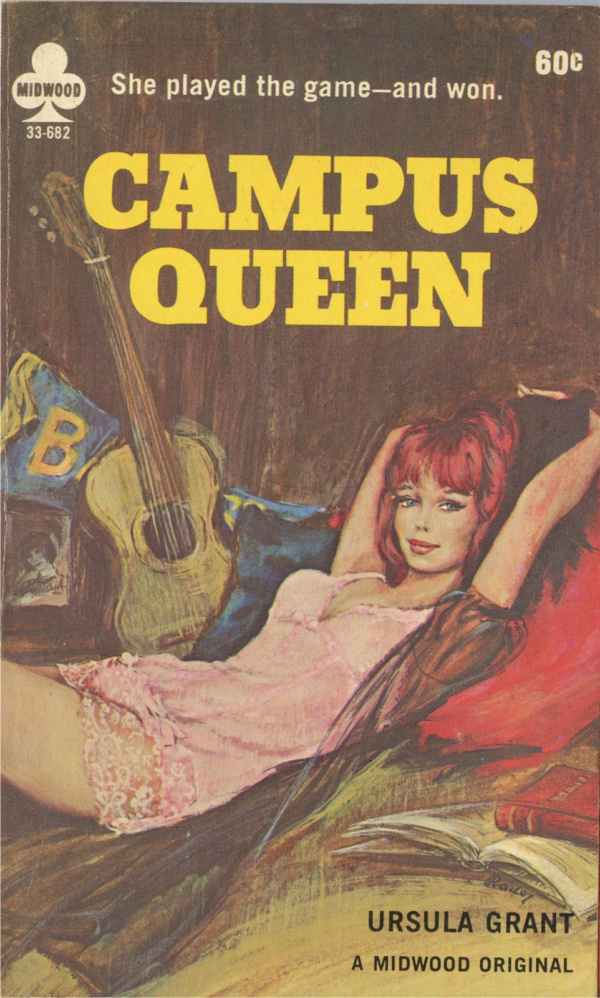 She Played The Game — And Won

After a year of college, Nancy. found that books, alone, could not teach her what she wanted to learn. This is the story about a beautiful girl and her quest to discover the facts-of-life. 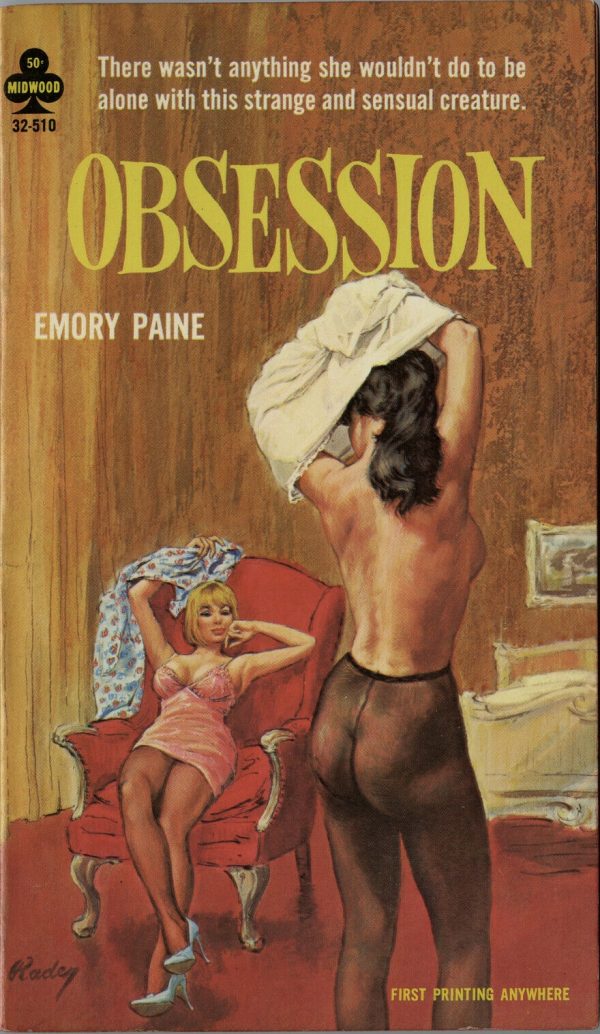 The Velvet Trap
She had wanted only to be loved, to be desired, to please and be pleased. Somehow, somewhere during her quest for fulfillment, she’d become both the used and the user, the subject and the object, a creature of both ecstasy and despair.
Was this to be her fate: to be a mere plaything of these savage, lusting women… a helpless victim of their strange sickness? Was this to be her life: to be passed around among these hard and voracious creatures who cared nothing about her feelings but only her body… who took without giving, seeking only to satisfy their own depraved and jaded needs?
HOW HAD IT STARTED? HOW WOULD IT END? 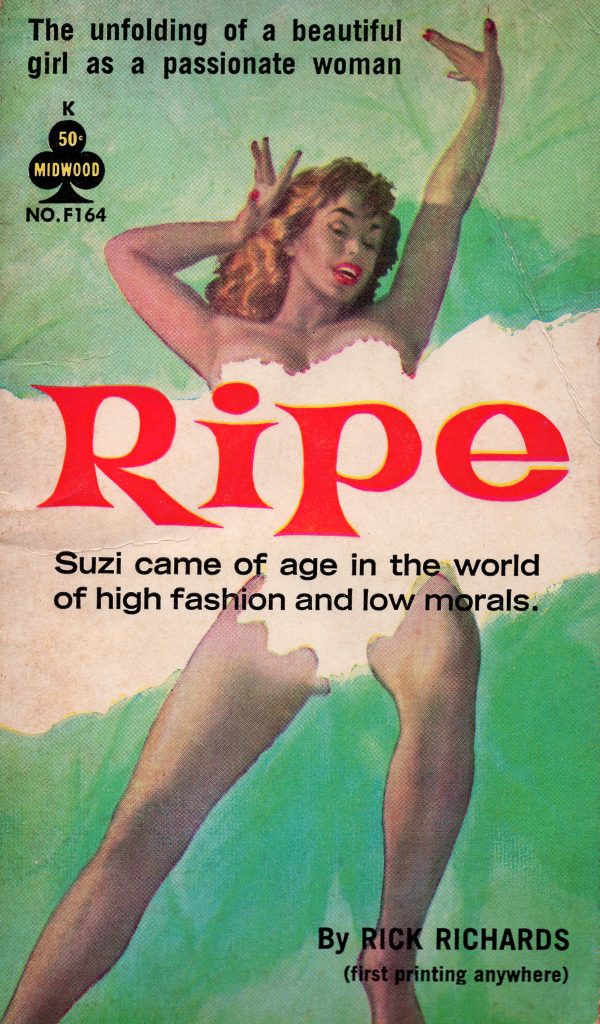 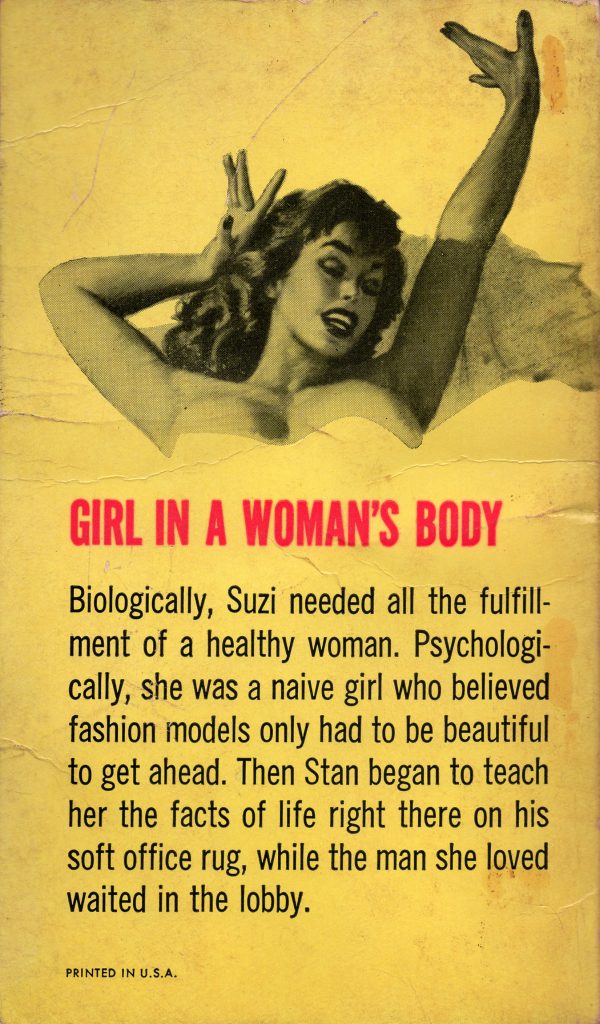 GIRL IN A WOMAN’S BODY
Biologically, Suzi needed all the fulfillment of a healthy woman. Psychologically, she was a naive girl who believed fashion models only had to be beautiful to get ahead. Then Stan began to teach her the facts of life right there on his soft office rug, while the man she loved waited in the lobby. 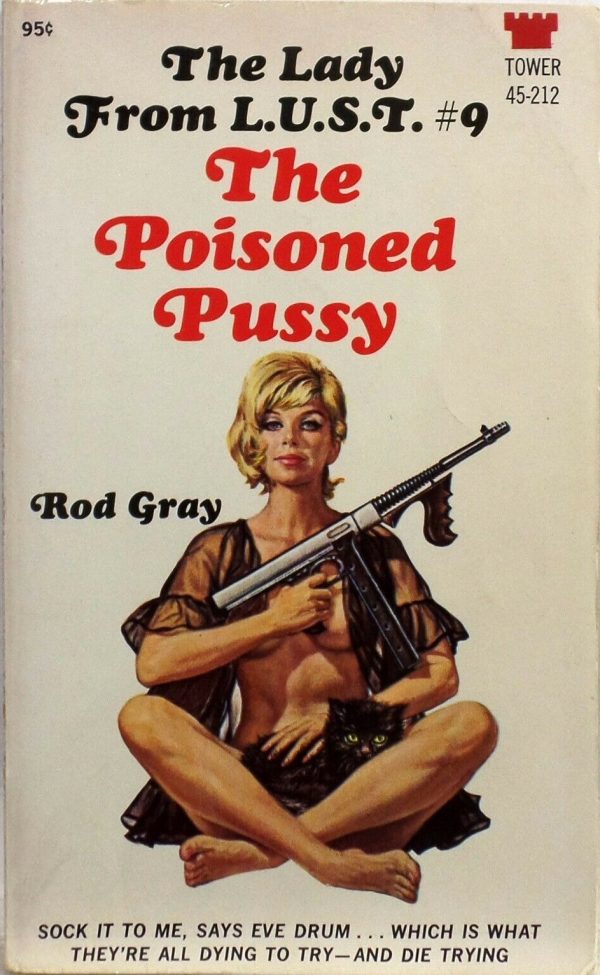 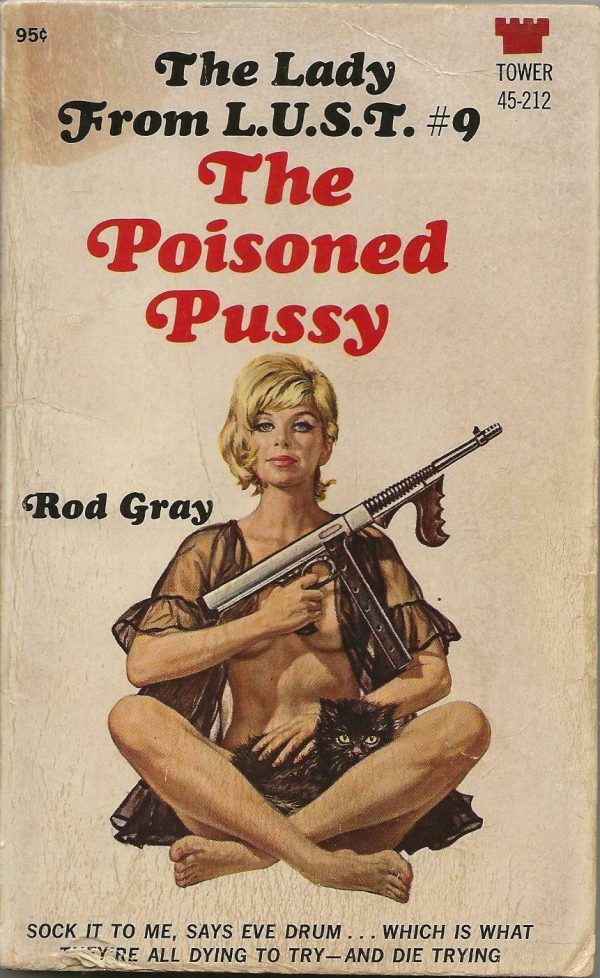 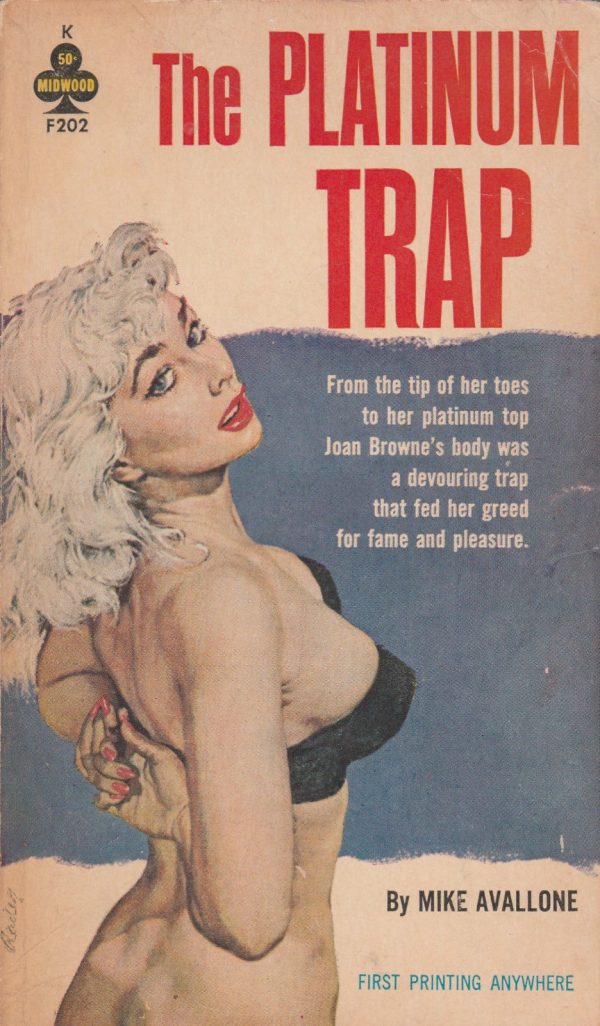 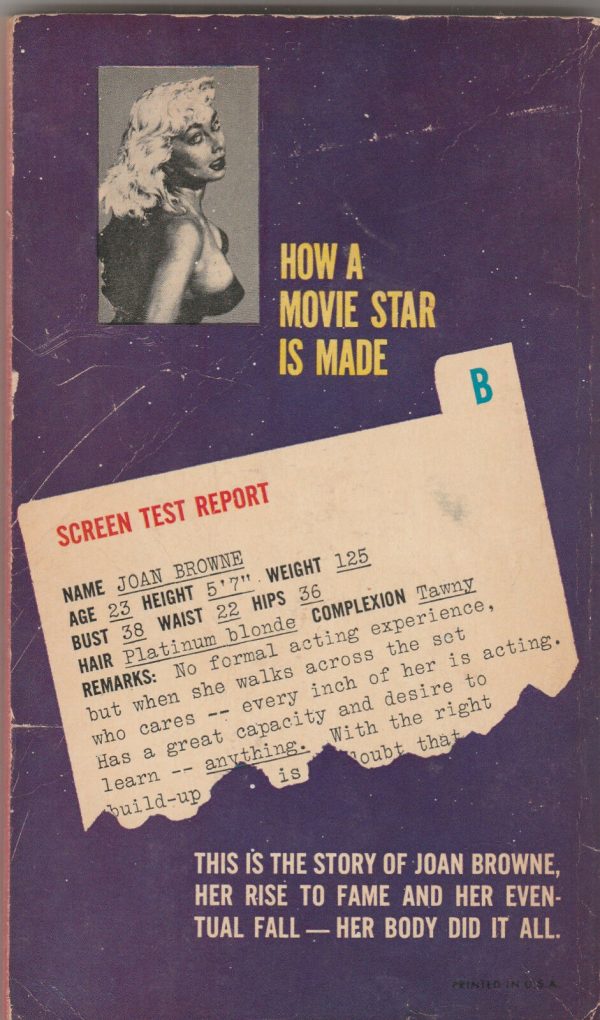 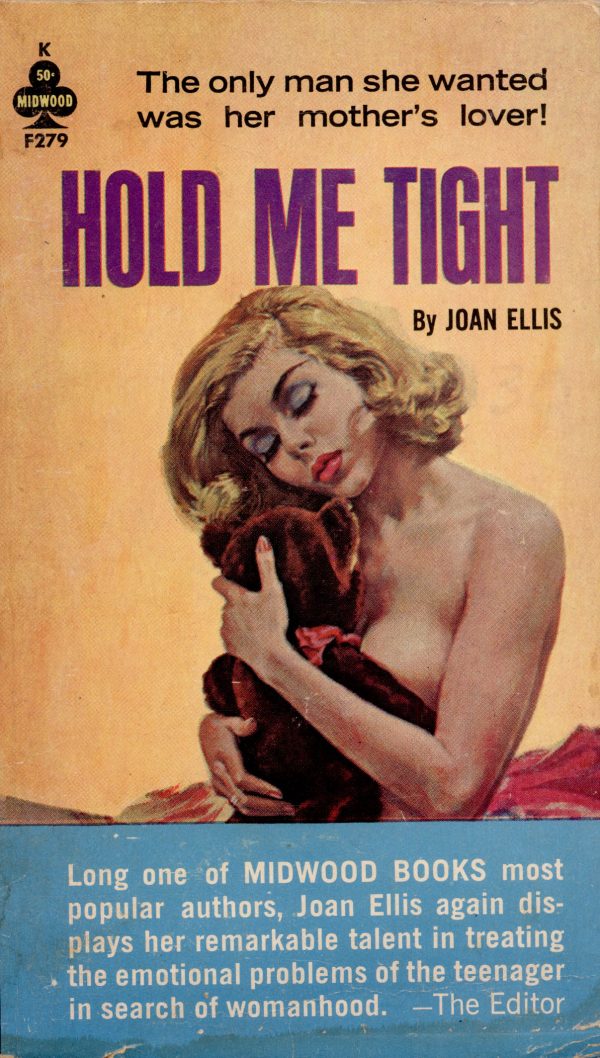 The Only Man She Wanted Was Her Mother’s Lover 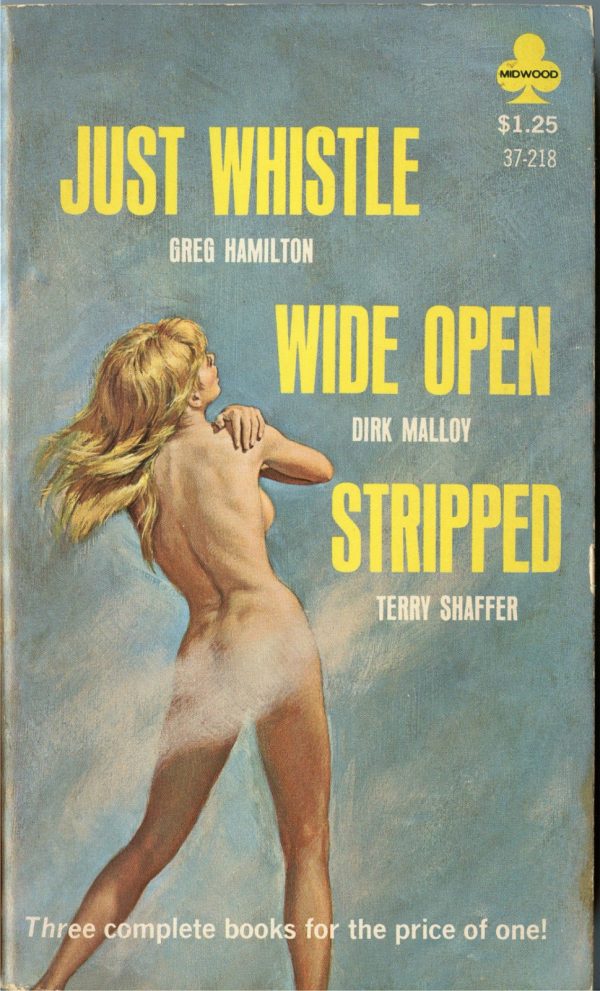 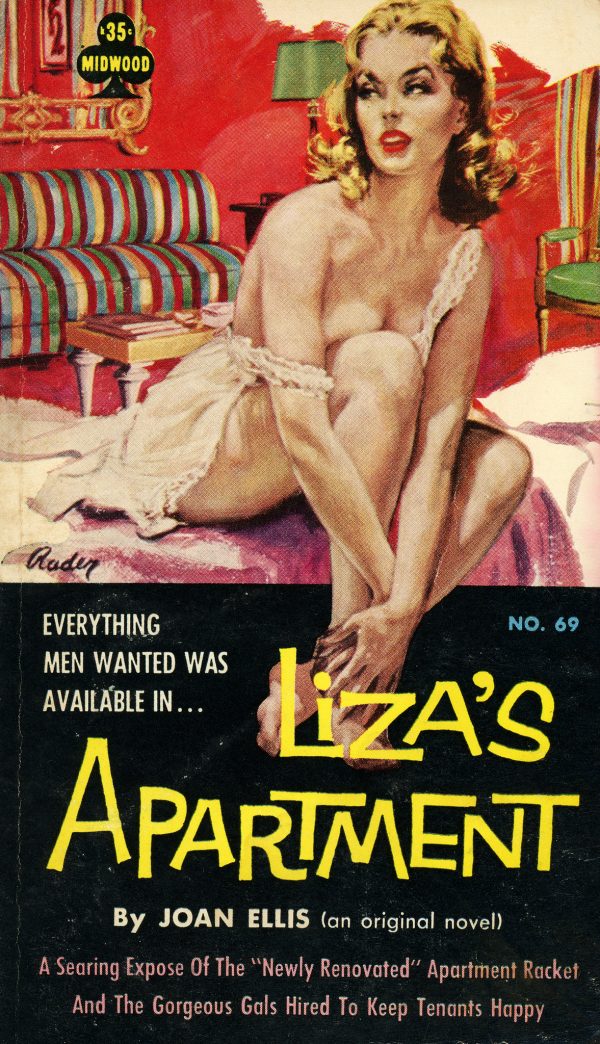 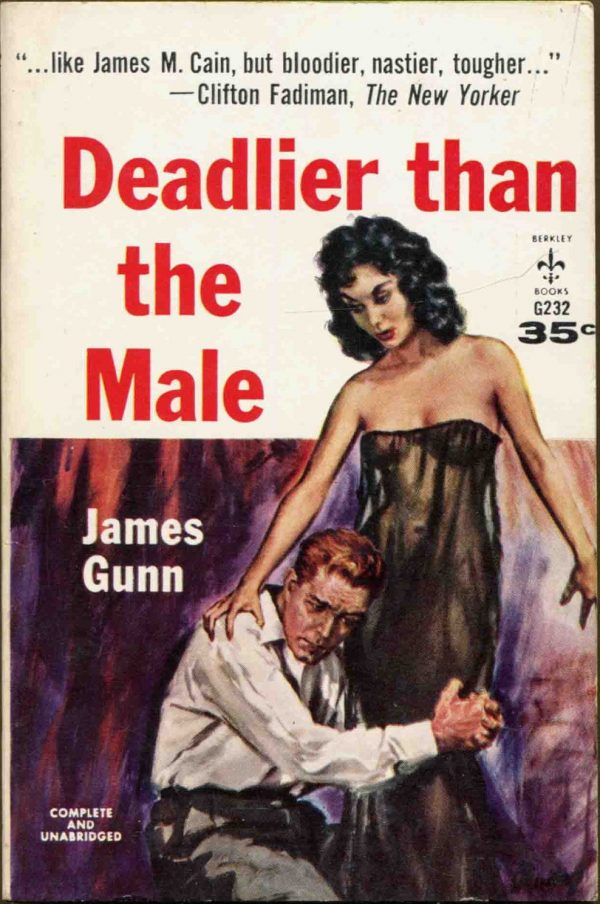 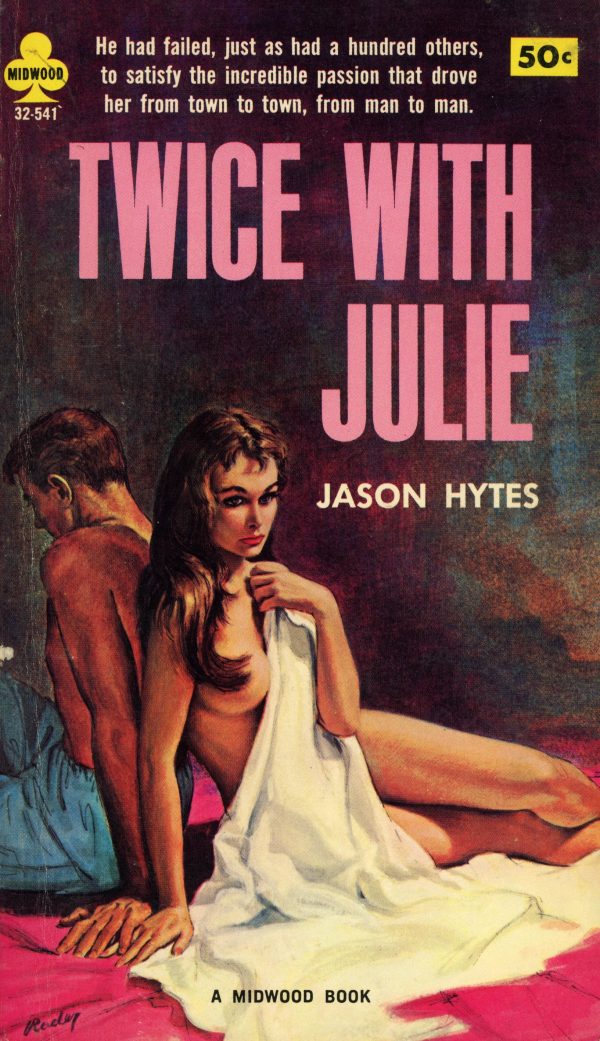