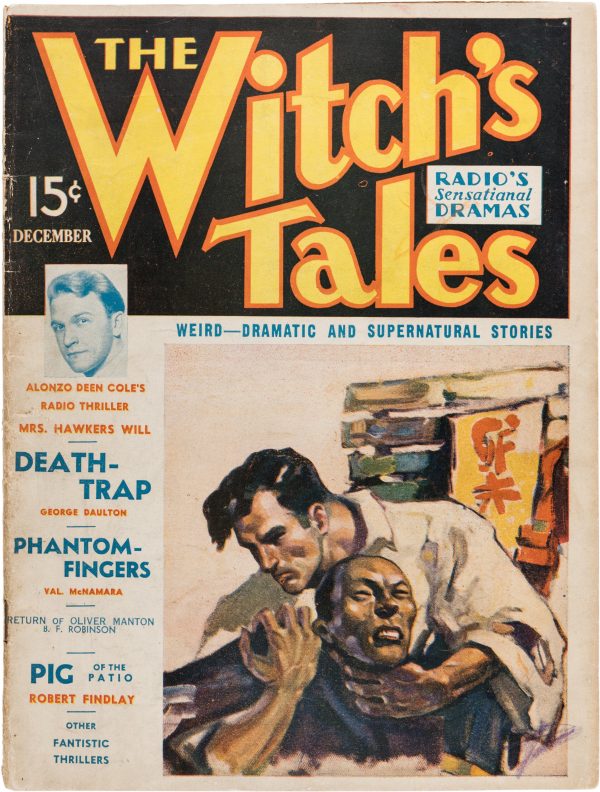 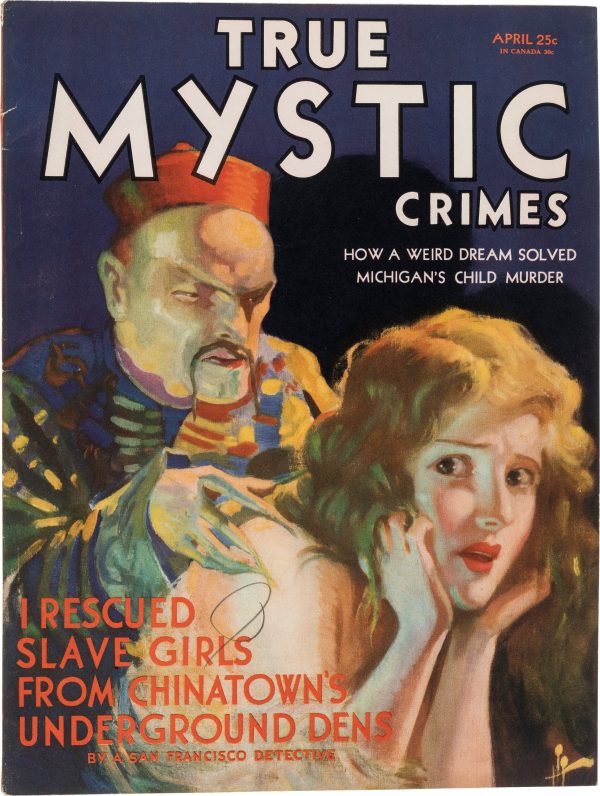 The only issue of this title 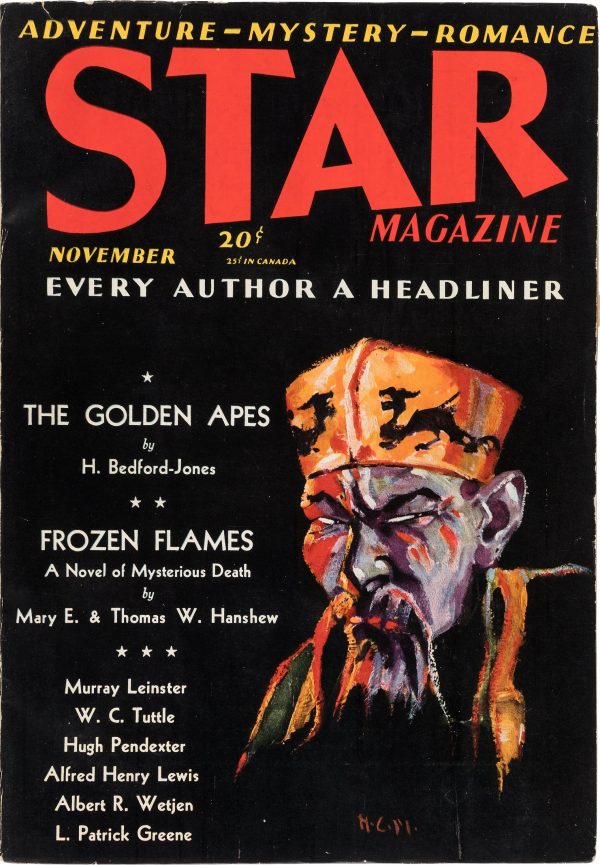 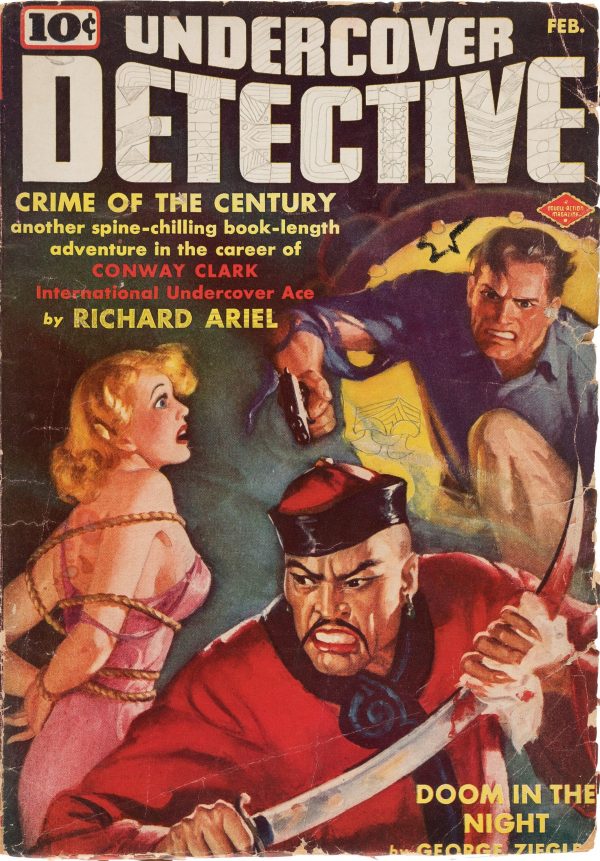 Also, Doom In The Night 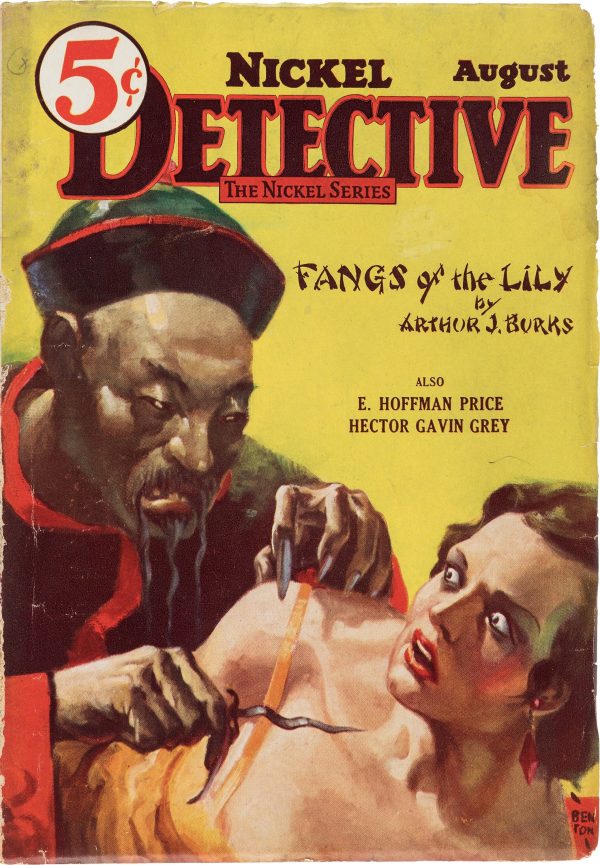 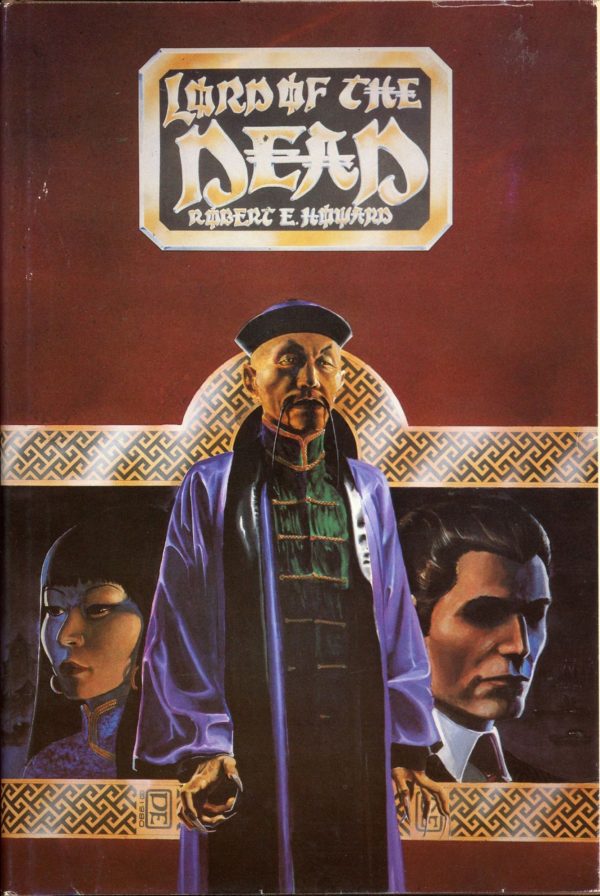 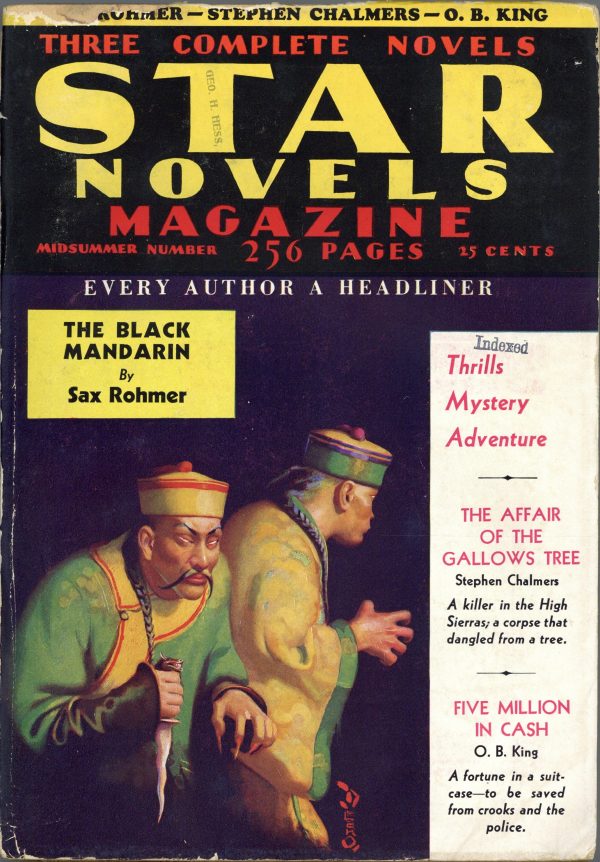 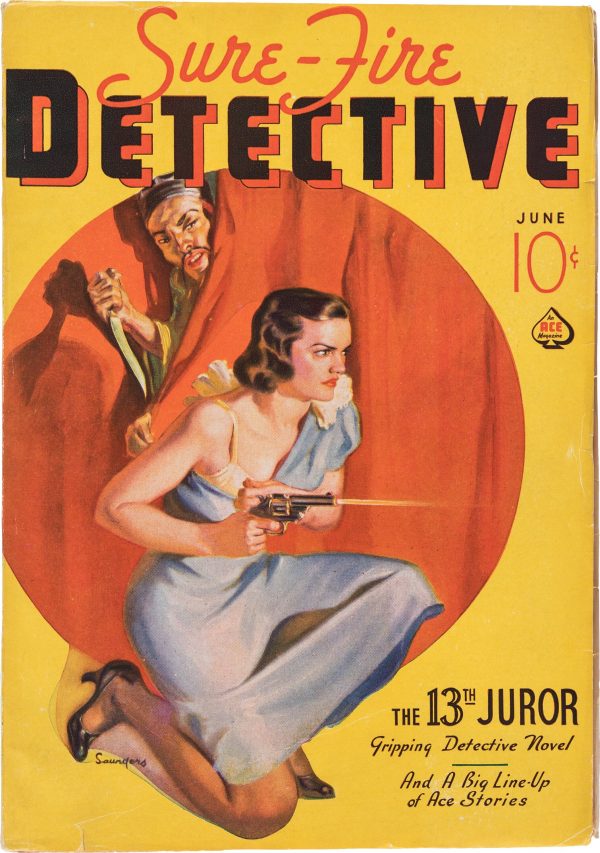 Last of the initial three-issue run of the title.

The seller notes, “A handwritten note in pencil on the contents page of this copy reads: “Suicide Ship is also my story under a pen name the editor chose for me. It is not unusual for we famous authors to appear twice in a magazine.” (Two stories are underlined in the table of contents: “Suicide Ship” credited to Cliff How, and “The Devil’s Doll Shop” credited to Denslow M. Dade, which was apparently the author’s real name as Cliff Howe was a house pseudonym used by Magazine Publishers Inc.)” 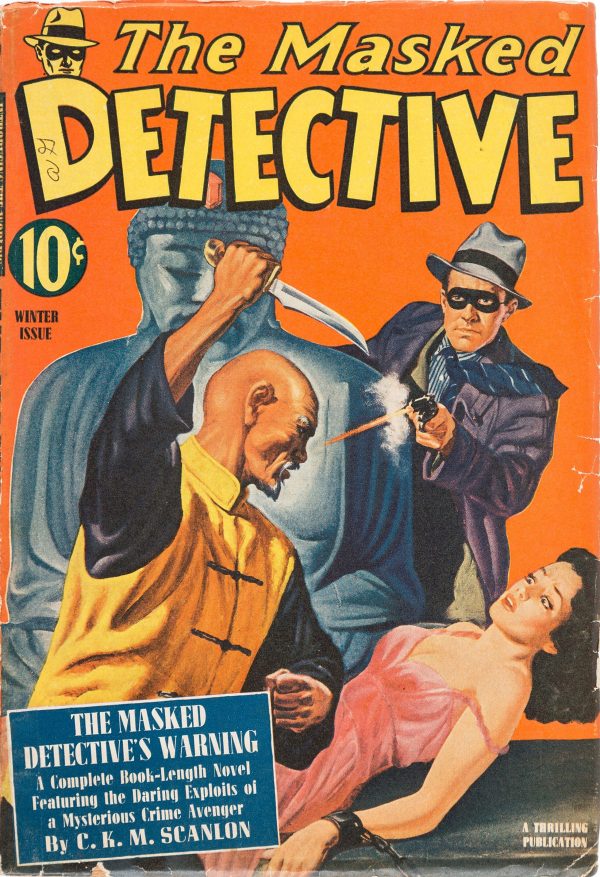 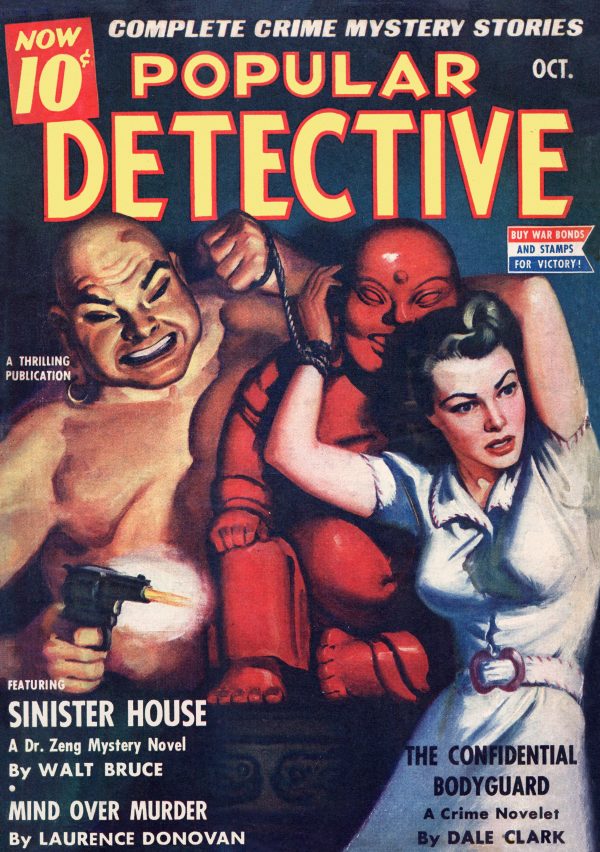 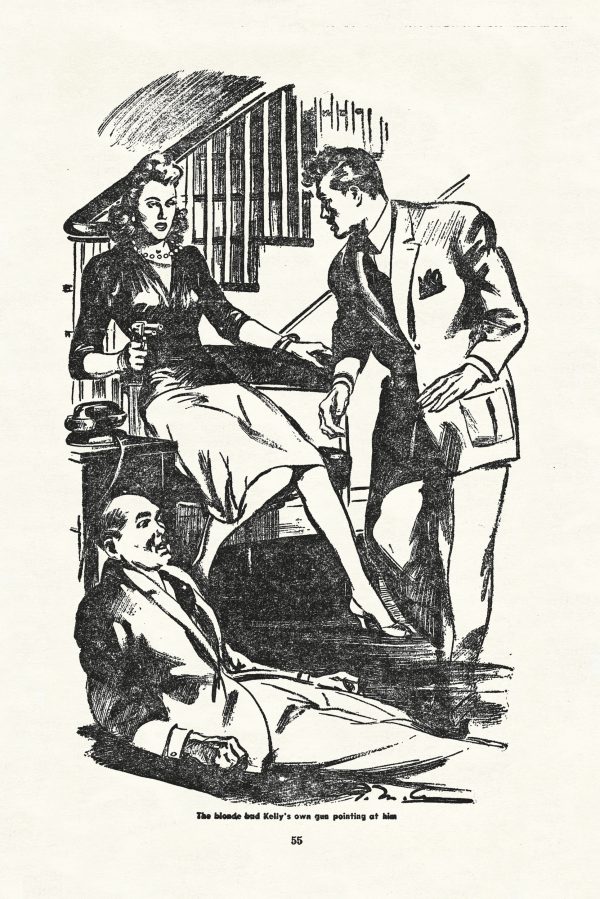 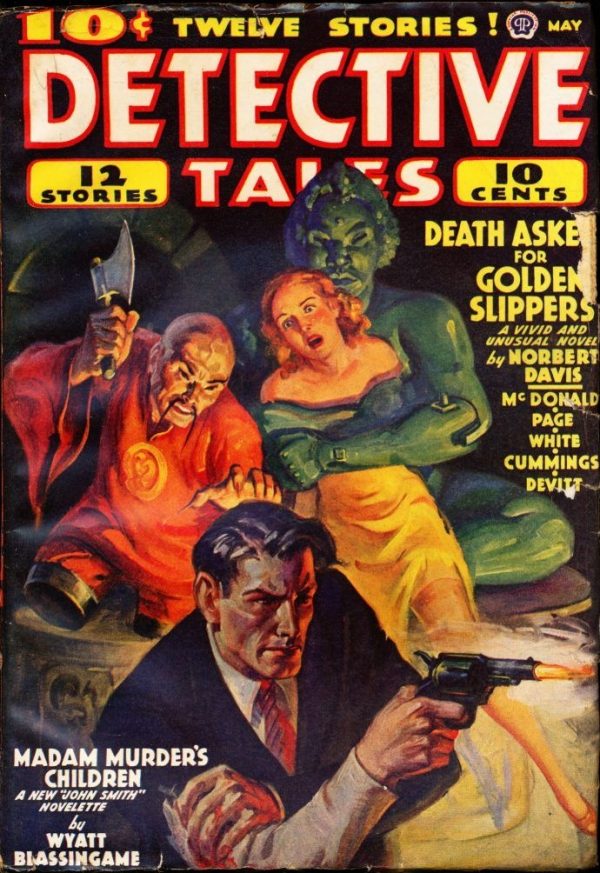 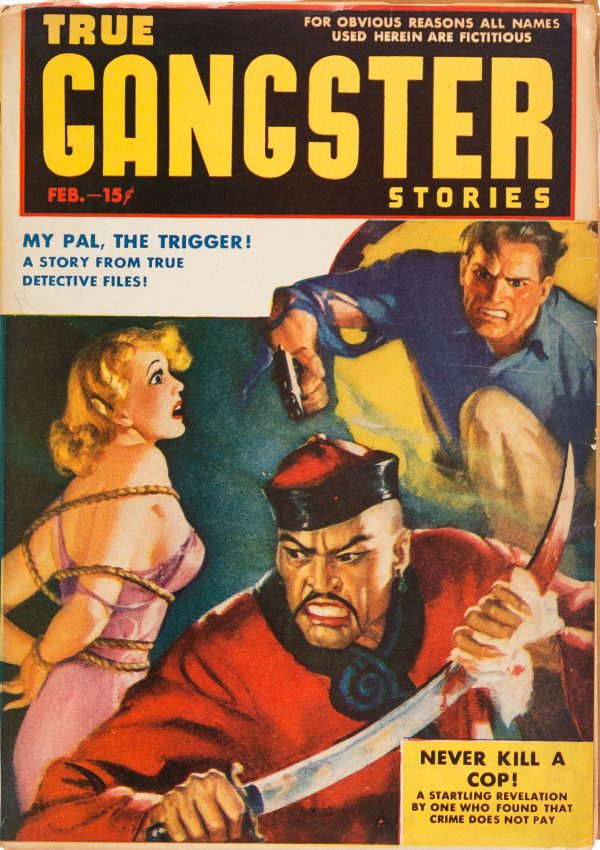 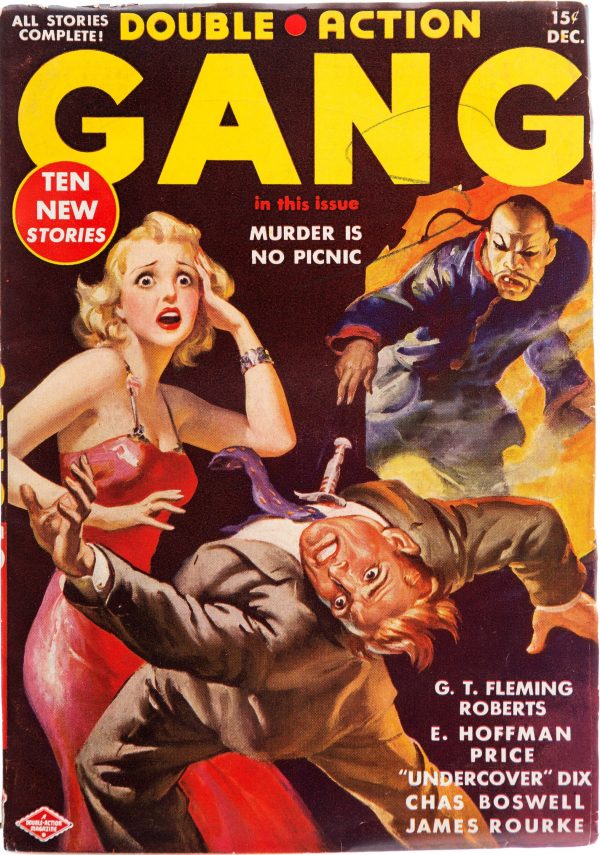 This cover was later reused for Double-Action Detective 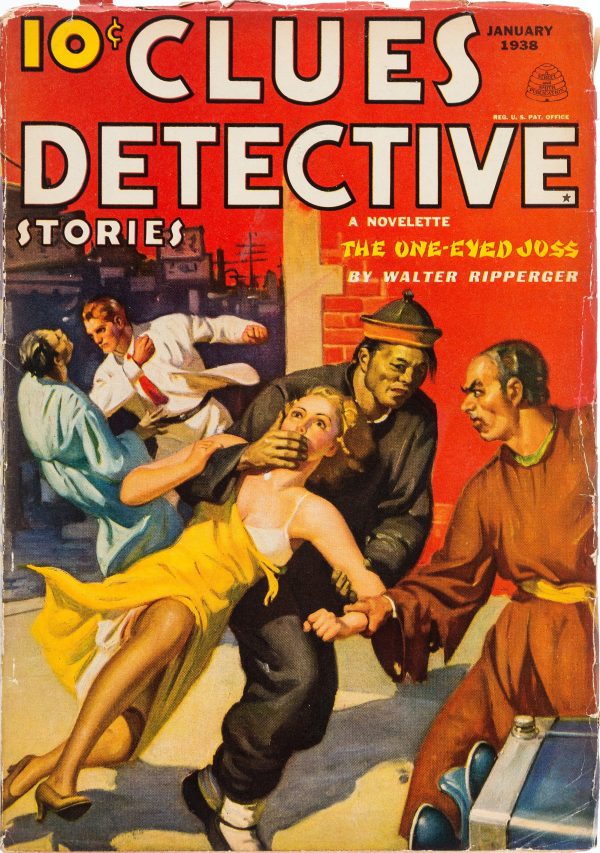 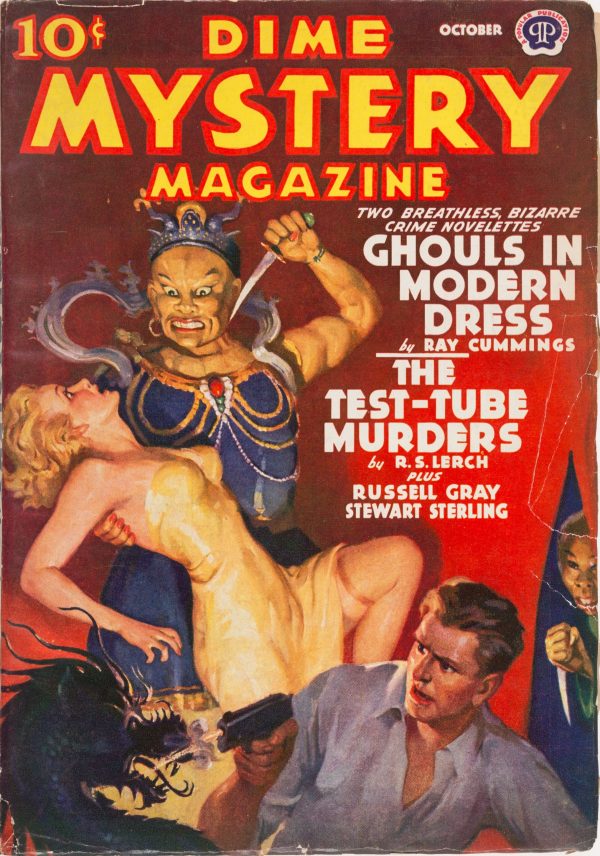