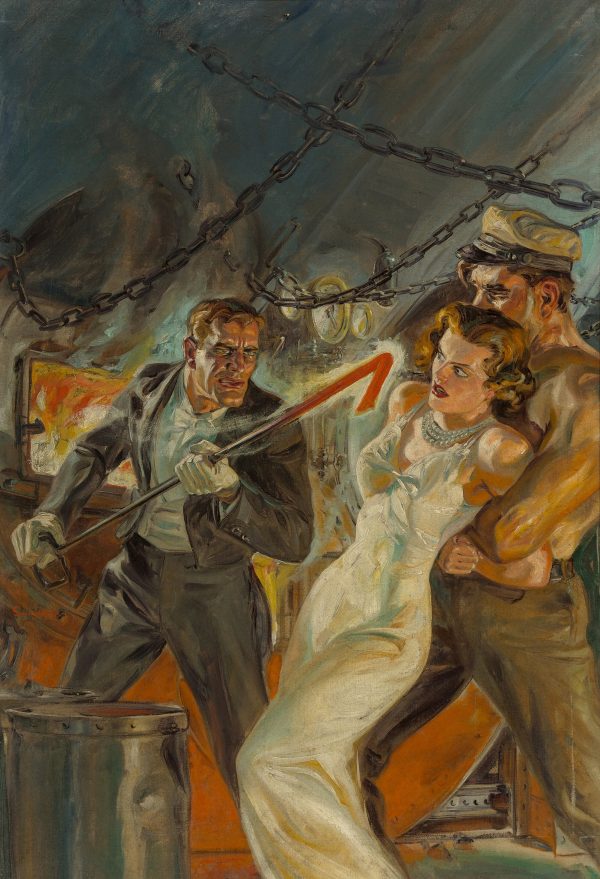 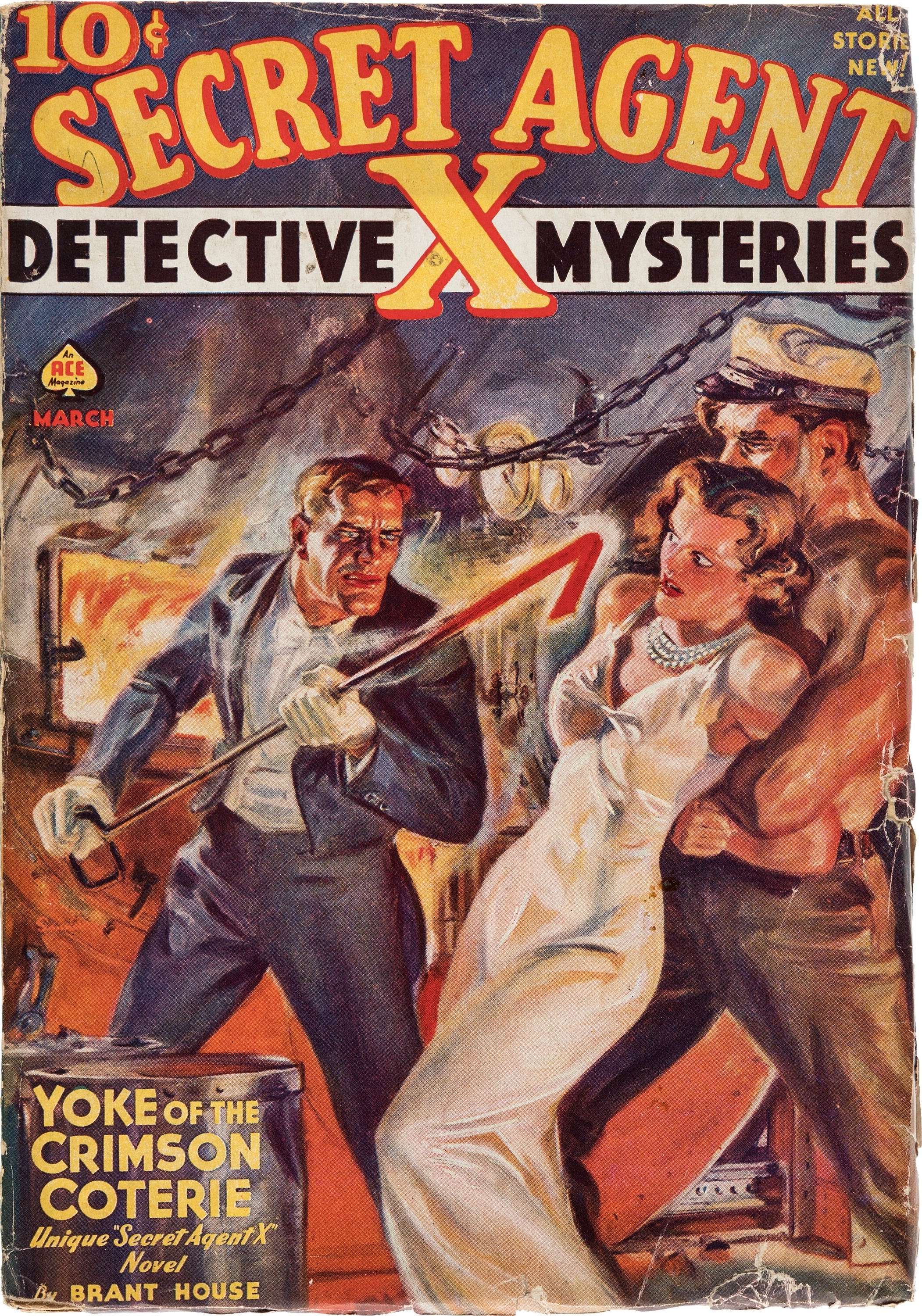 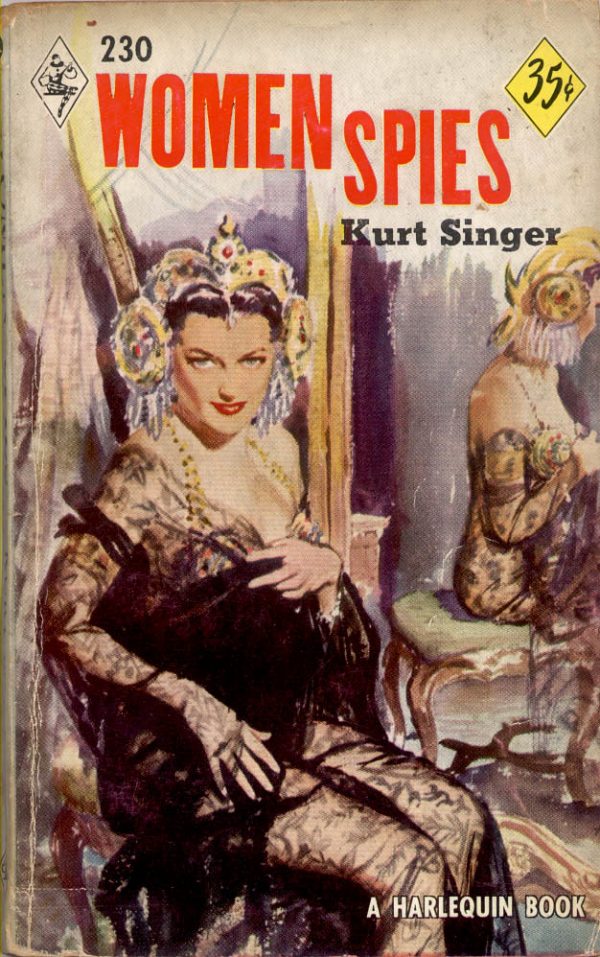 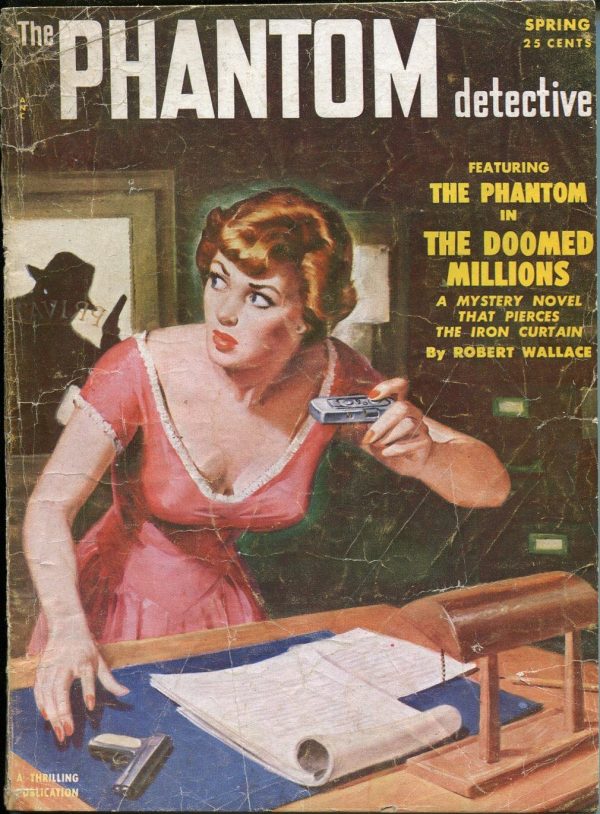 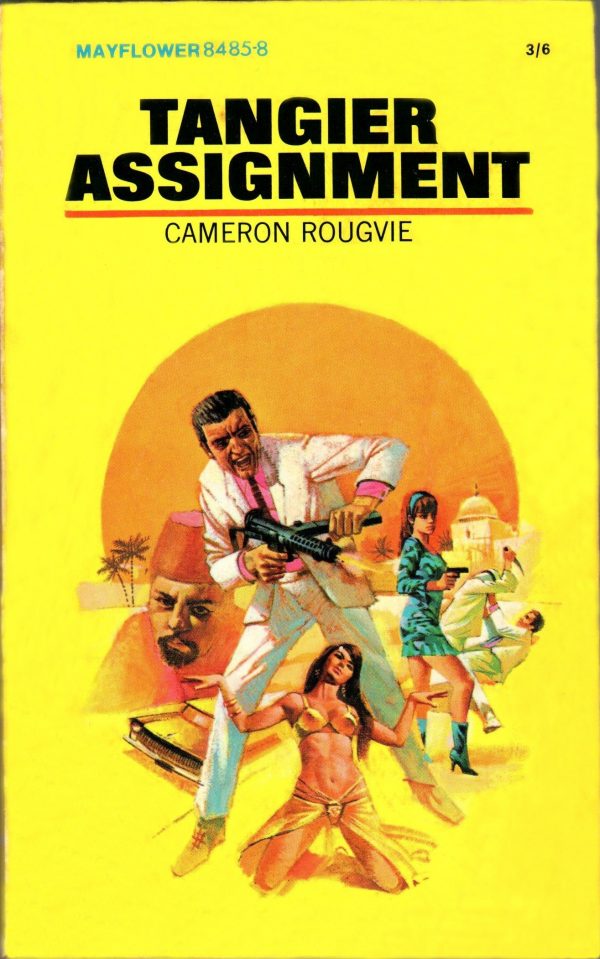 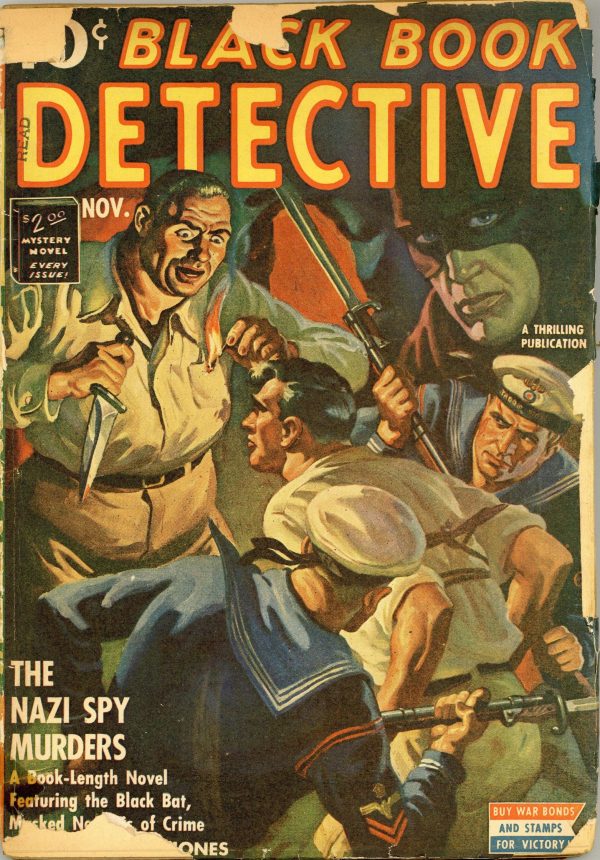 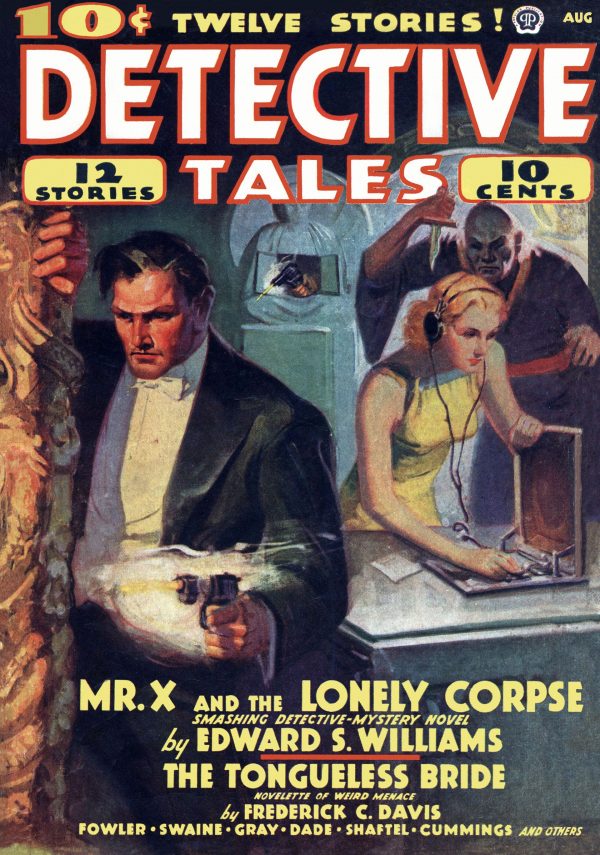 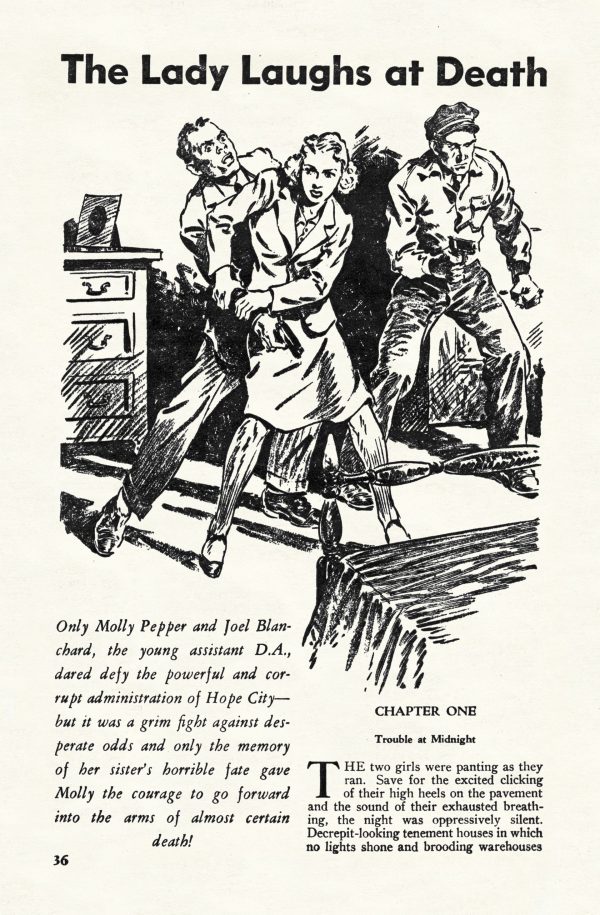 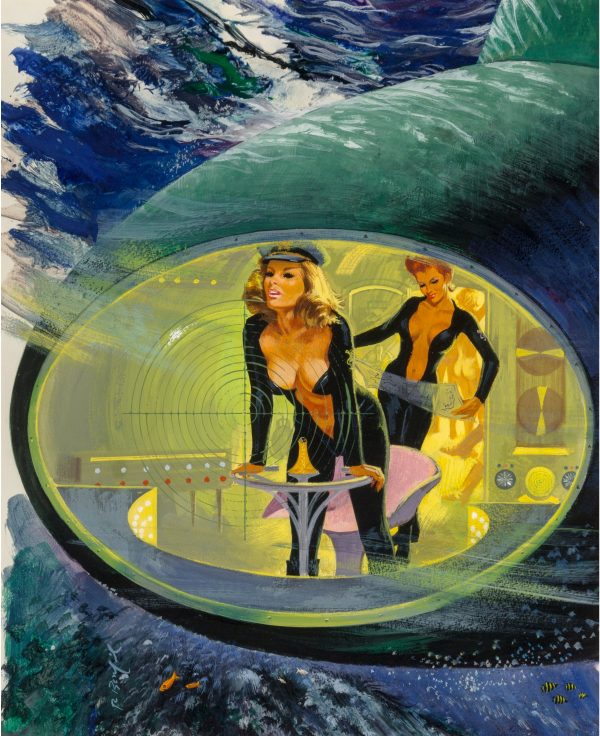 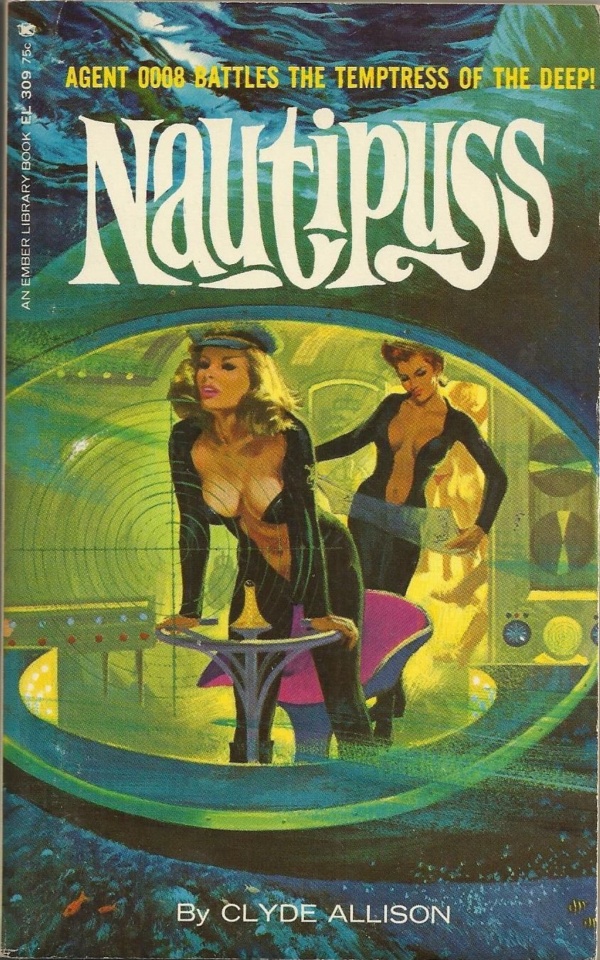 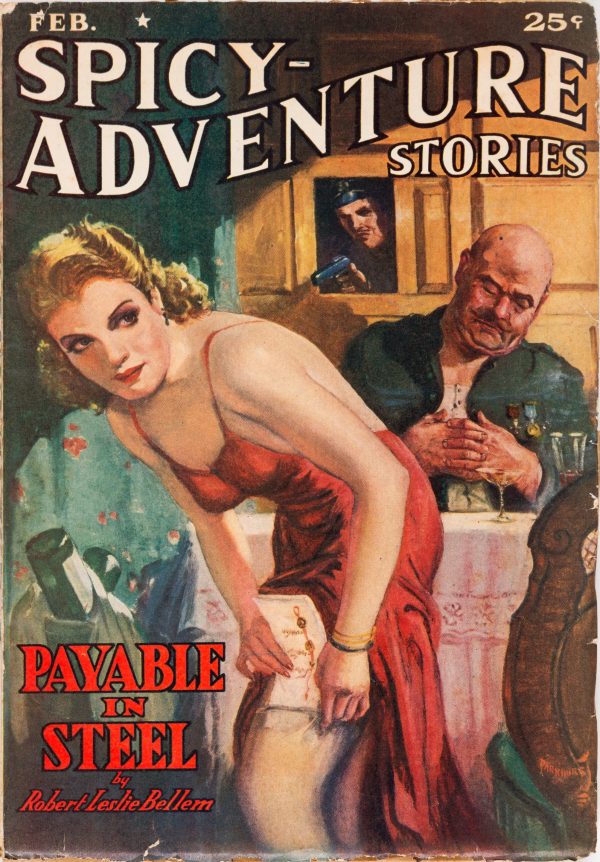 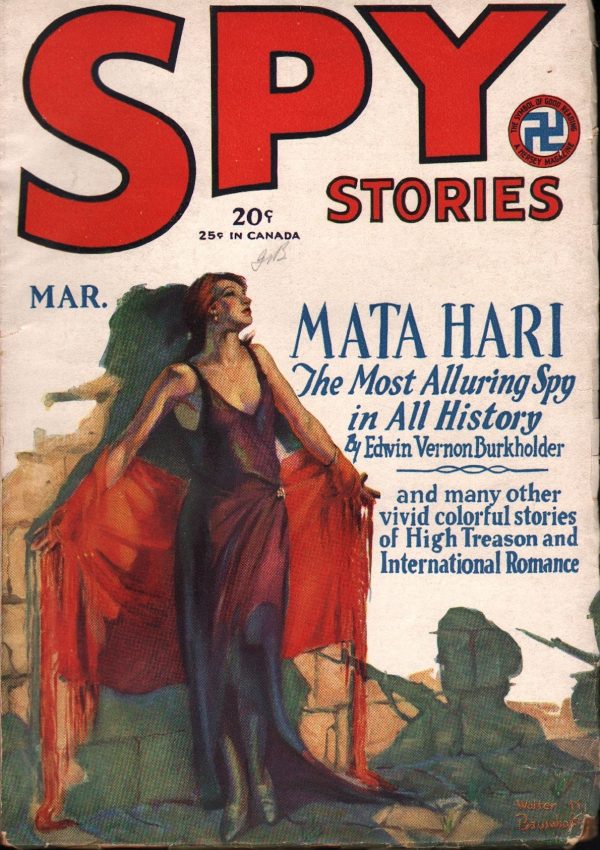 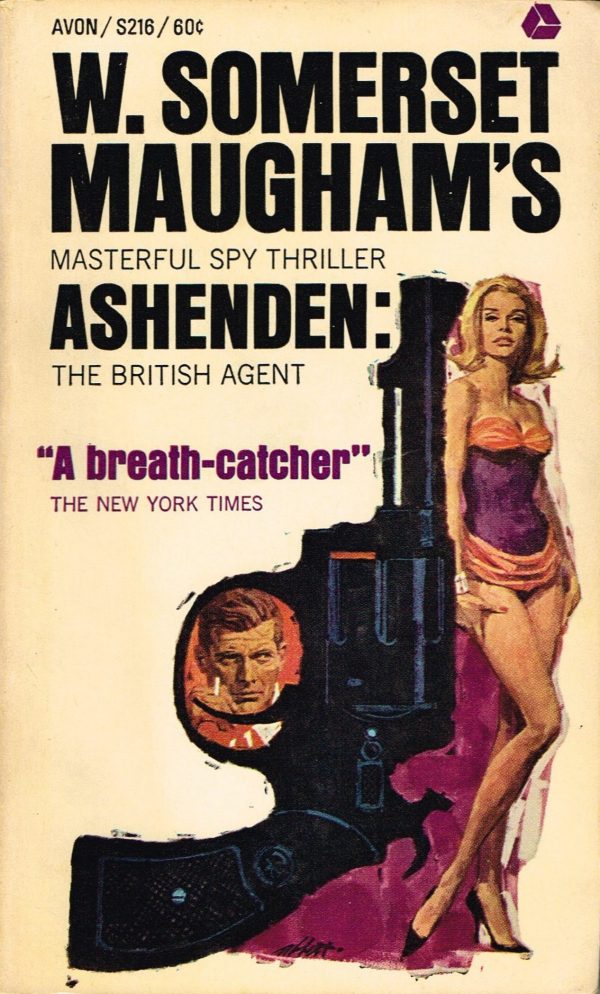 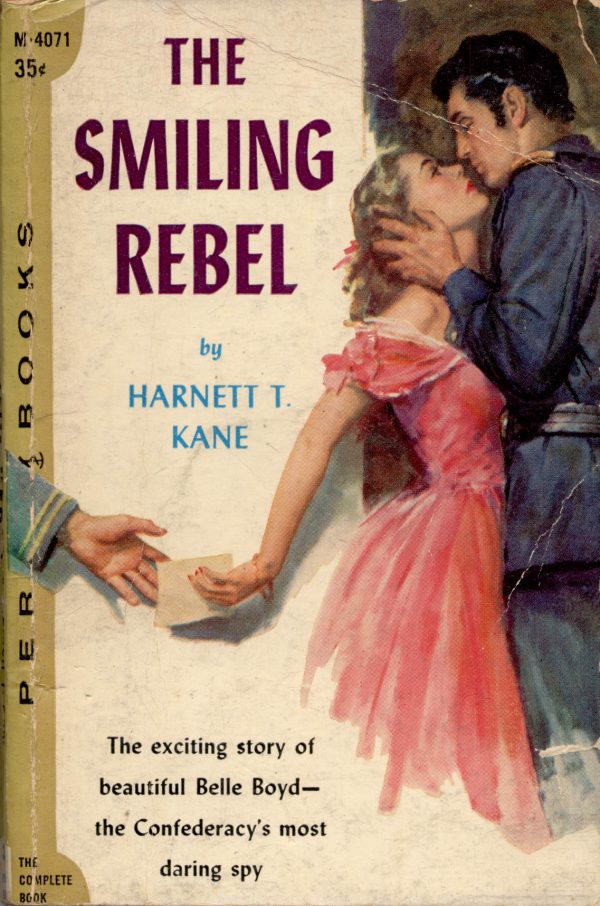 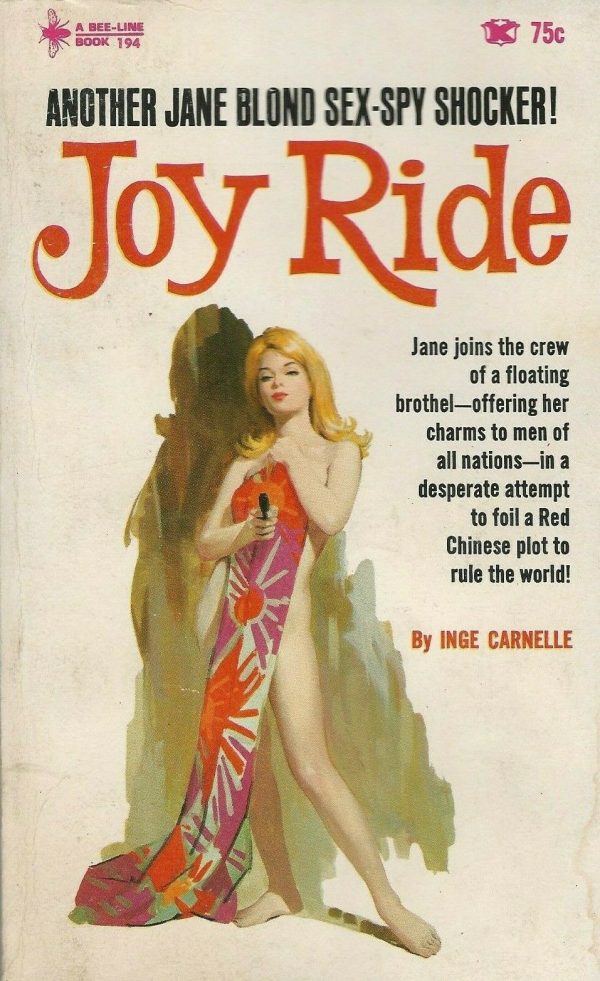 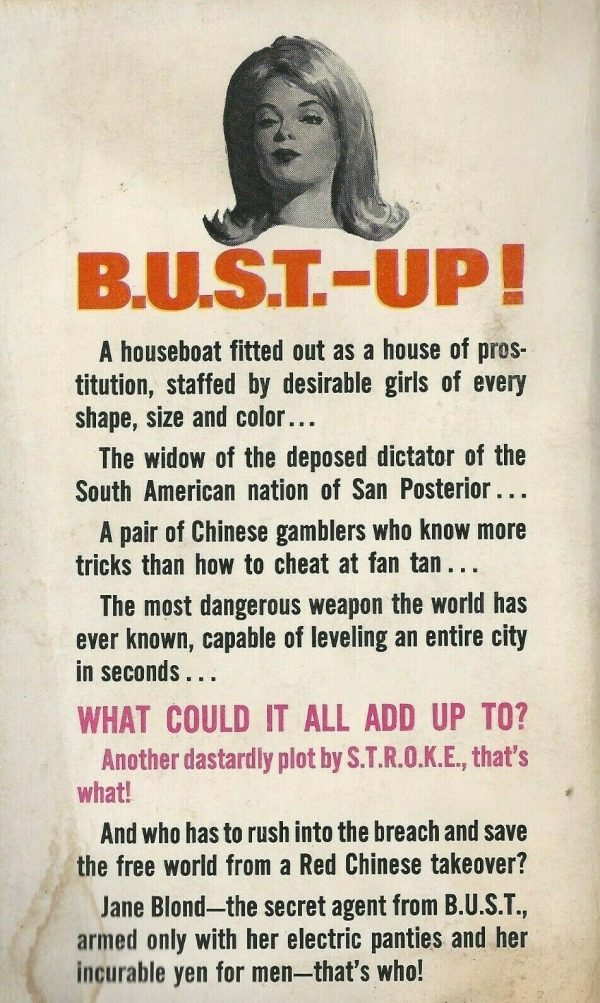 Jane joins the crew of a floating brothel-offering her charms to men of all nations-in a desperate attempt to foil a Red Chinese plot to rule the world!

It looks like someone stole Maguire artwork for this cover. From the back:

A houseboat fitted out as a house of prostitution, staffed by desirable girls of every shape, size and color…
The widow of the deposed dictator of the South American nation of San Posterior…
A pair of Chinese gamblers who know more tricks than how to cheat at fan tan …
The most dangerous weapon the world has ever known, capable of leveling an entire city in seconds…
WHAT COULD IT ALL ADD UP TO? Another dastardly plot by S.T.R.O.K.E., that’s what!
And who has to rush into the breach and save the free world from a Red Chinese takeover? Jane Blond—the secret agent from B.U.S.T., armed only with her electric panties and her incurable yen for men—that’s who! 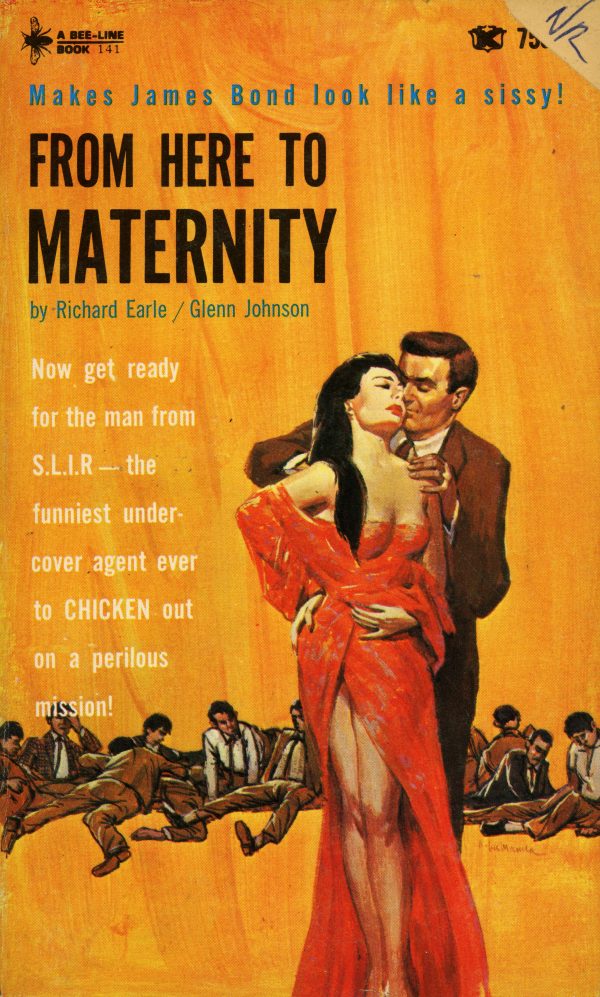 Makes James Bond look like a sissy!
Now get ready for the man from S.L.I.R. — the funniest under-cover agent ever to chicken out on a perilous mission! 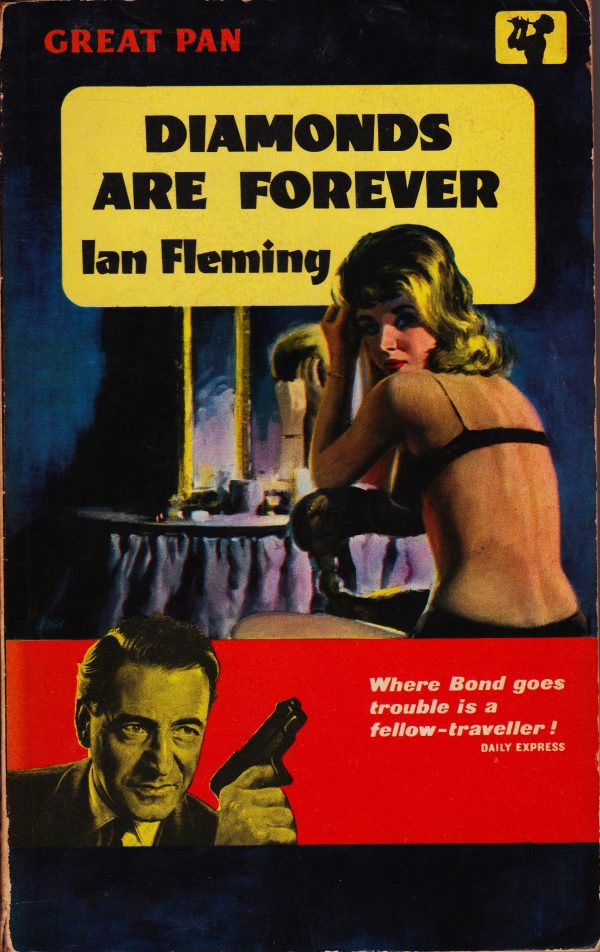 Where Bond goes trouble is a fellow-traveler! 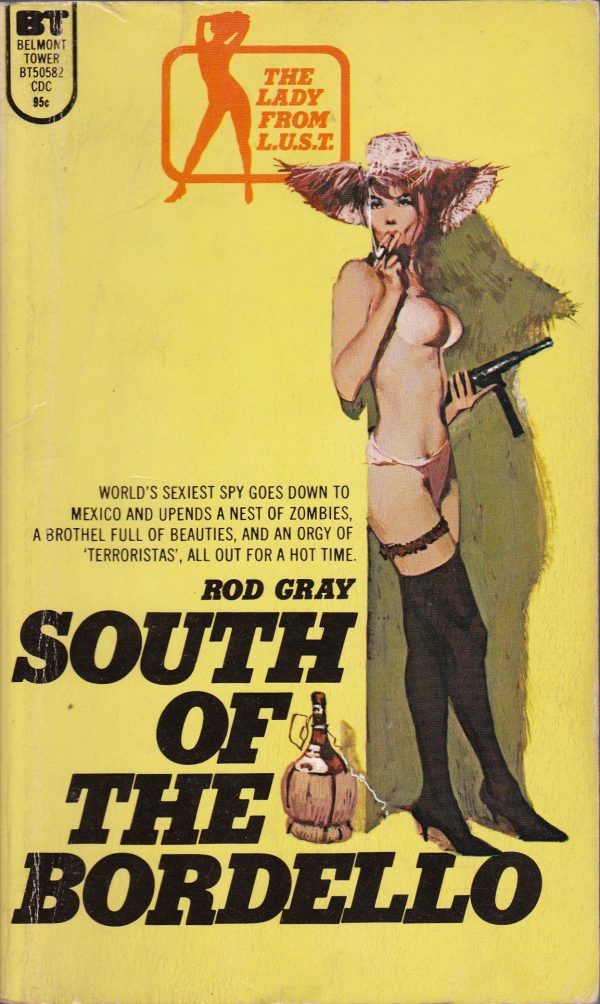 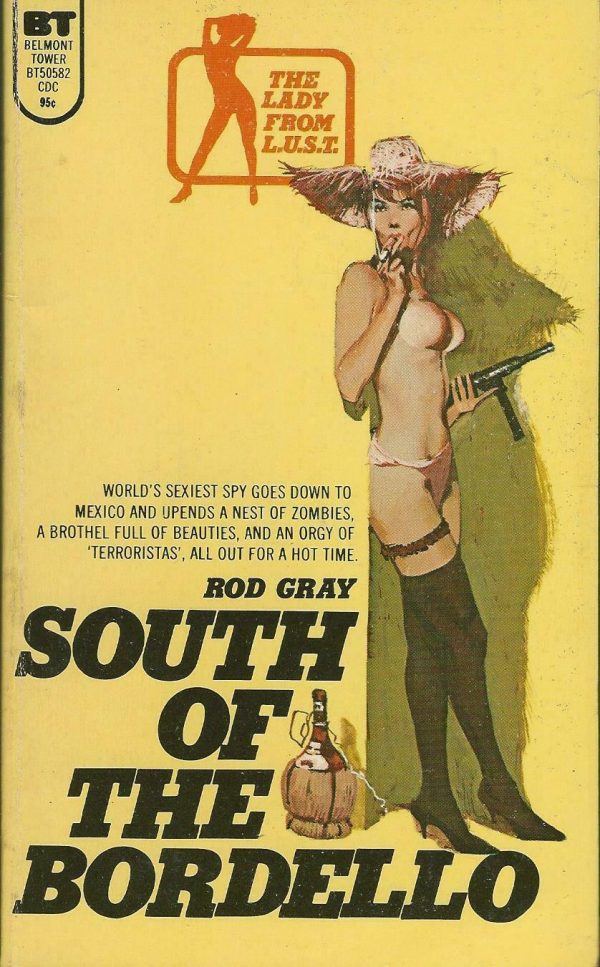