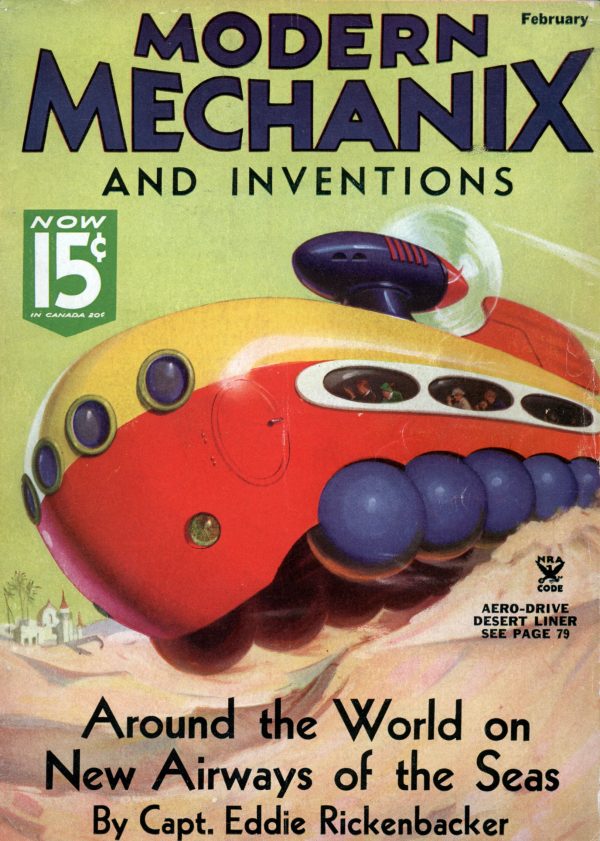 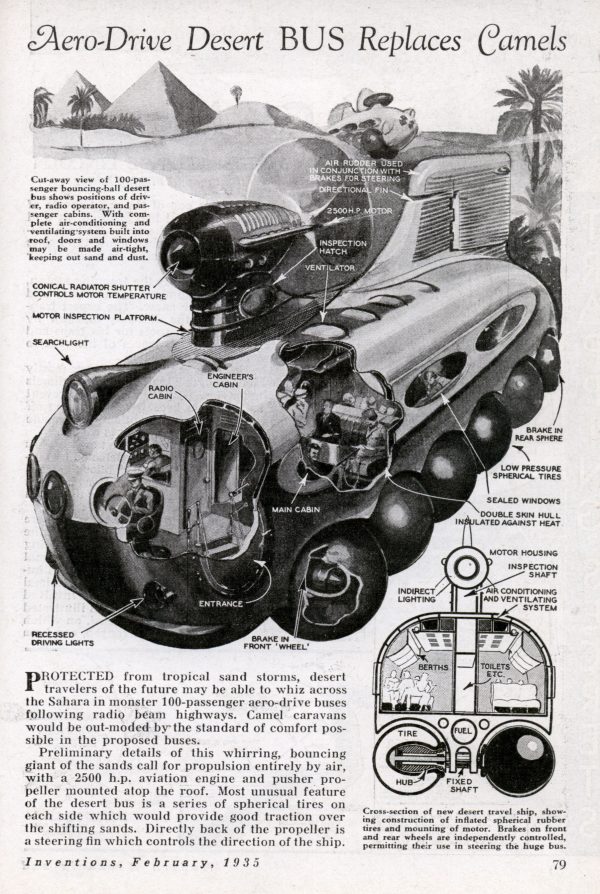 Protected from tropical sand storms, desert travelers of the future may be able to whiz across the Sahara in monster 100-passenger aero-drive buses following radio beam highways. Camel caravans
would be out-moded by the standard of comfort possible in the proposed buses.
Preliminary details of this whirring, bouncing giant of the sands call for propulsion entirely by air, with a 2500 h.p. aviation engine and pusher propeller mounted atop the roof. Most unusual feature of the desert bus is a series of spherical tires on each side which would provide good traction over the shifting sands. Directly back of the propeller is a steering fin which controls the direction of the ship.