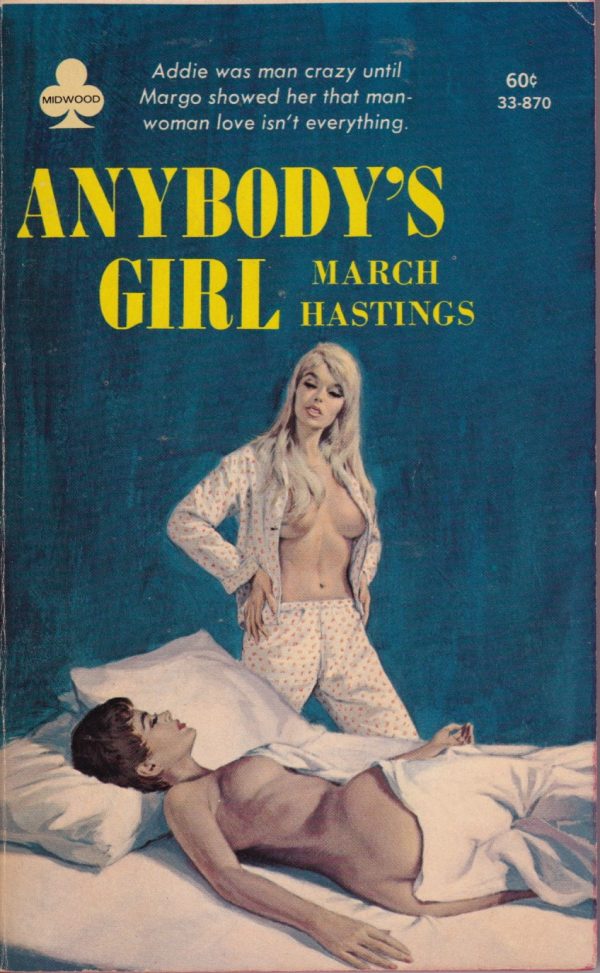 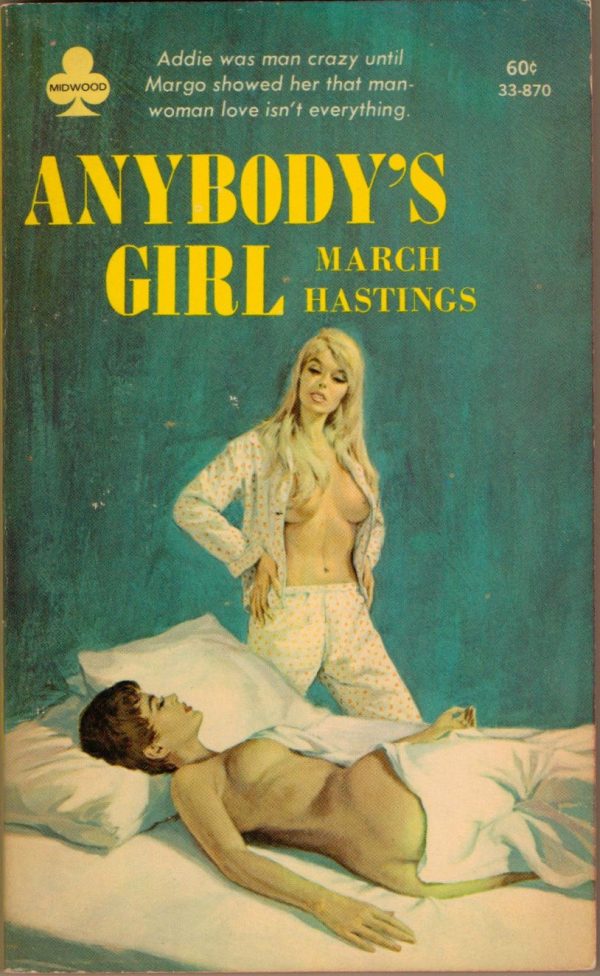 Addie was man crazy until Margo showed her that man-woman love isn’t everything.

Girl On The Make

Some girls untangle the mystery of sex the easy way. A man-or a woman-shows them what they want. Or they settle for what they can get. Addie was different. The blonde, leggy teenager burned to experience all life had to offer, no matter how dangerous that might be.

Perhaps Addie wanted too much, too soon. But if New York men — or women –were the only way to get it, then she was prepared to give them everything and anything they wanted.

New York men! There were Broadway sharpies, Greenwich Village hippies, thrill-seeking tourists, even Skid Row bums. And there was Cliff who loved her.

New York women! The one who disturbed her most was Margo, her father’s mistress, a lovely French girl who showed her that man-woman sex was just one aspect of love. And there were others.

Ever hungry for love, Addie in time became the user and the used…