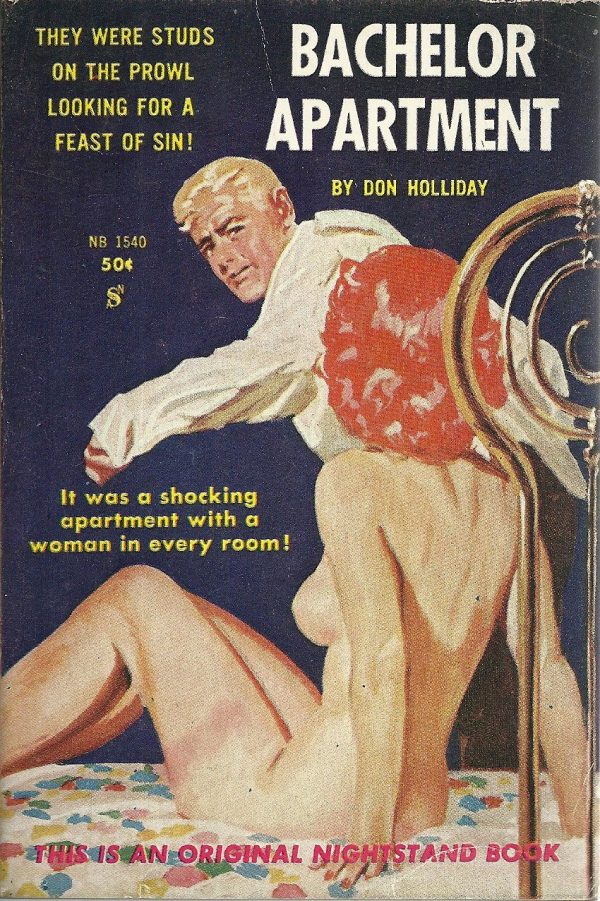 They Were Studs On The Prowl Looking For A Feast Of Sin!
It Was A Shocking Apartment With A Woman In Every Room!

Wild Affairs…
were a staple item in the household needs of Les, Jay and Bob. They were necessary because the three young men had one thing on their minds, morning, noon and night: women! It didn’t matter who they were, what they were, or how they wanted to make love. The bachelors who lived in that apartment wanted them, and they didn’t care how they got them. Whether it was the lustful Marge whom Jay had met at the off-broadway audition or the cautious virgin Carol who Bob spent his nights plying with careful passion or even the frigid and compelling lesbian Georgia, they were broads, and so were fair game. A game called lust with rules that were broken every night in the bachelor rooms of three wolves-on-the-prowl, looking for a…
Feast Of Sin!