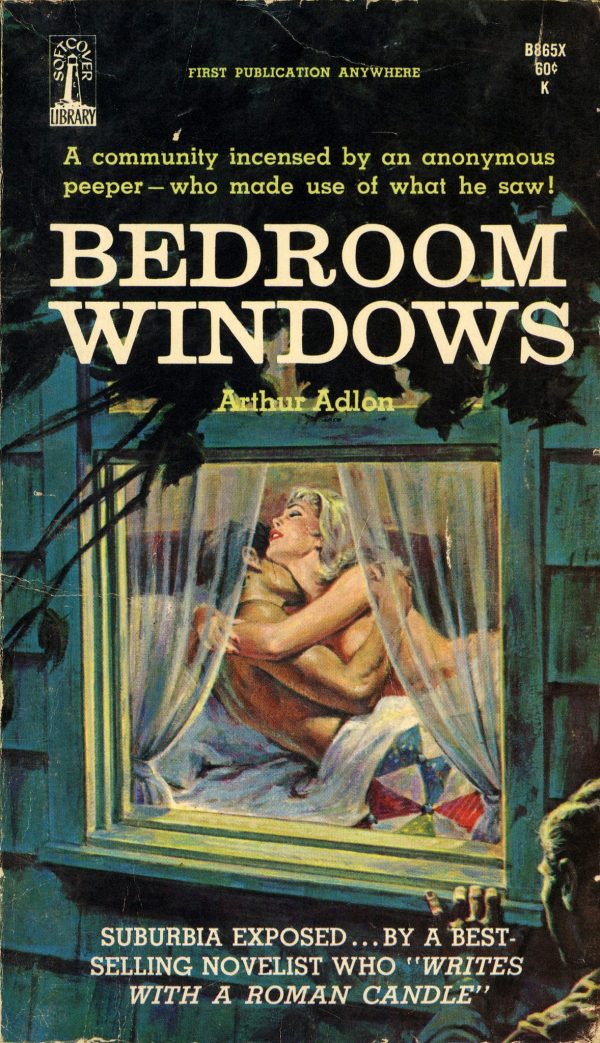 A community incensed by an anonymous peeper — who made use of what he saw!

WHAT THE PEEPER SAW…
—An eighteen-year-old virgin seduced by a salty old sea captain.
—A buxom widow under the spell of a teen-ager who was a fountain of lust.
—An author who would rather rut than write.
Which members of this way-out community were thy “watchers”. . . and which were the “actors”? Poison-pen letters only fanned the sensual flames and the Beach Committee itself quickly lost its own innocence.
This is one story that begged to be written —not in the cold statistics of a Kinsey Report but in the warm-blooded prose of a bold novel. Read Arthur Adlon’s latest, about a section of Suburbia where love is a three-letter word … and anything goes!
PEEPERS WITH CAMERAS … LOVE-MAKING WITH MASKS … SEX VIGILANTES CAUGHT IN THE ACT … HERE IS A NOVEL THAT STARTS WHERE THE CASE-HISTORIES STOP!