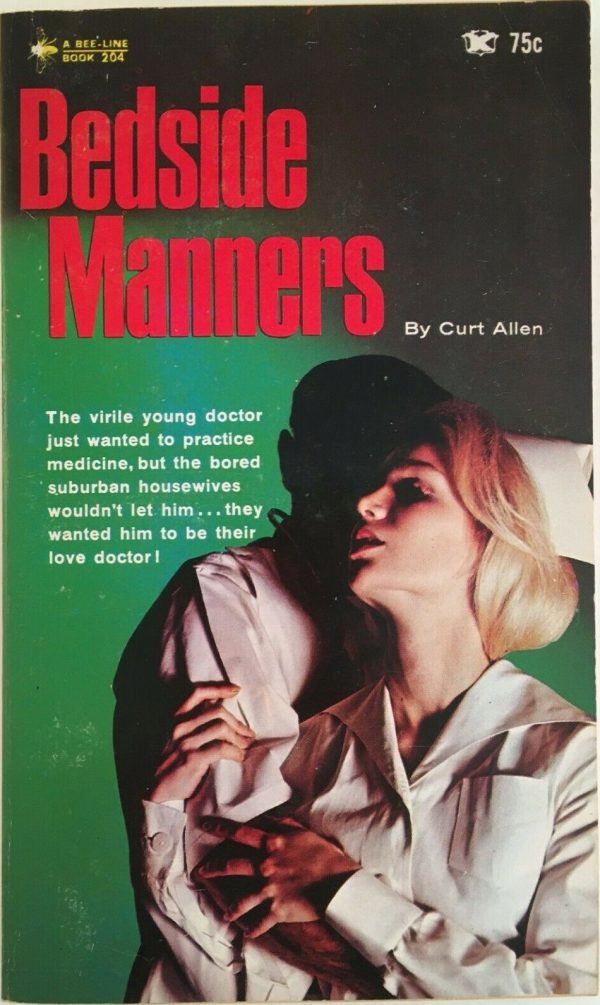 The virile young doctor just wanted to practice medicine, but the bored suburban housewives wouldn’t let him . . . they wanted him to be their love doctor!

When Doctor Len Battle came to town, the first thing that happened to him was that a beautiful woman offered to set him up in business, stake him for the first months it would take to build a practice, and warm his bed too! She even brought him a lot of patients . . . love-starved young wives who were demanding to be treated by him even though they weren’t ill . . . except from lack of sex! But when the young doctor rebelled against the idea of being a kept man for an entire bevy of demanding women, he discovered that the only thing worse than the fury of a woman scorned is the rage of many women scorned!