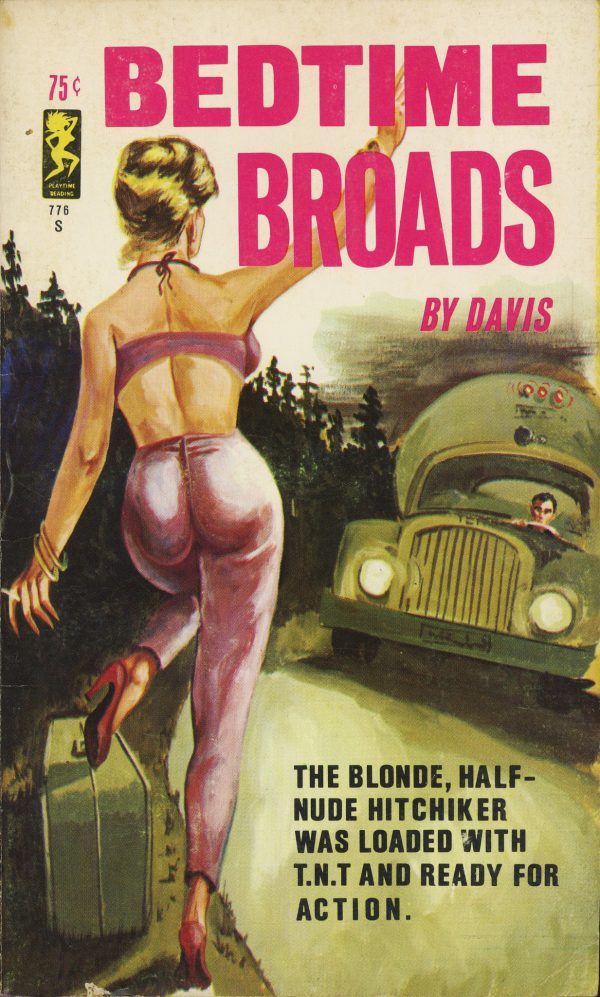 The Blonde, Half-Nude Hitchhiker Was Loaded With T.N.T. And Ready For Action

Selling Dirty Pictures Was Her Business. What She Did For Pleasure Was Even Wilder!

“I’ll level with you,” I said. “The pursuit and capture of a beautiful woman means more to me than any sport. And I sense something In you that makes me crazy to have you.”
“Let’s call a spade a spade,” she said. “You think I’m really hot, Is that It? You half scare me, Clint. I’ve never had a man look at me with such hungry eyes.”
“I’ll make you love me, Salome,” I said thickly.
“That’s what I’m afraid of,” she said softly.
I jumped up. “Shall we quit bragging and strlp down?”
The blonde shrugged. “Why not?” While she strlpped, she began doing the most frantic twist I had ever seen. I had seen some mighty busy bottoms In the past couple of years,· but nothing that compared with hers. Later, I discovered that her entire body was very much alive. There was so much to watch that I needed more than one pair of eyes.
“Off with your duds, man,” she said. “If this is to be a nude style show, I demand equal seeing rights.”