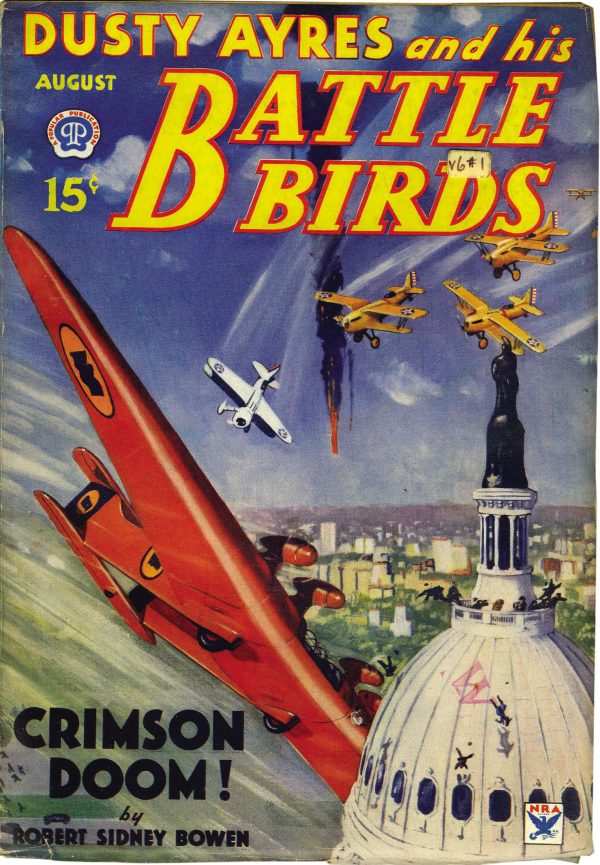 Dusty Ayres, air ace, is a pilot of unmatched skill and bravery. He alone had saved America from the Black Invaders once before, and now–would he trade his life to save the President’s son, from the demonic Fire-Eyes?
“Dusty pulled the Silver Flash clear and poked its cowled nose straight up for heaven. Up–up he went, straight through the swarm of American planes wheeling and reversing about the slowly circling bomber.”
“For a split second he flashed a look at the giant wing, started to check his climb, and then cursed and pulled the Silver Flash up steeper.”
“No, it was useless to try the last part of his plan. The first part had to be taken care of. He had to get the control ship high above him. Once he got it, the bomber’s controls would automatically go back to neutral–the gyroscopic stabilizer would do that–and the plane would fly a straight line course to the end of its fuel supply.”