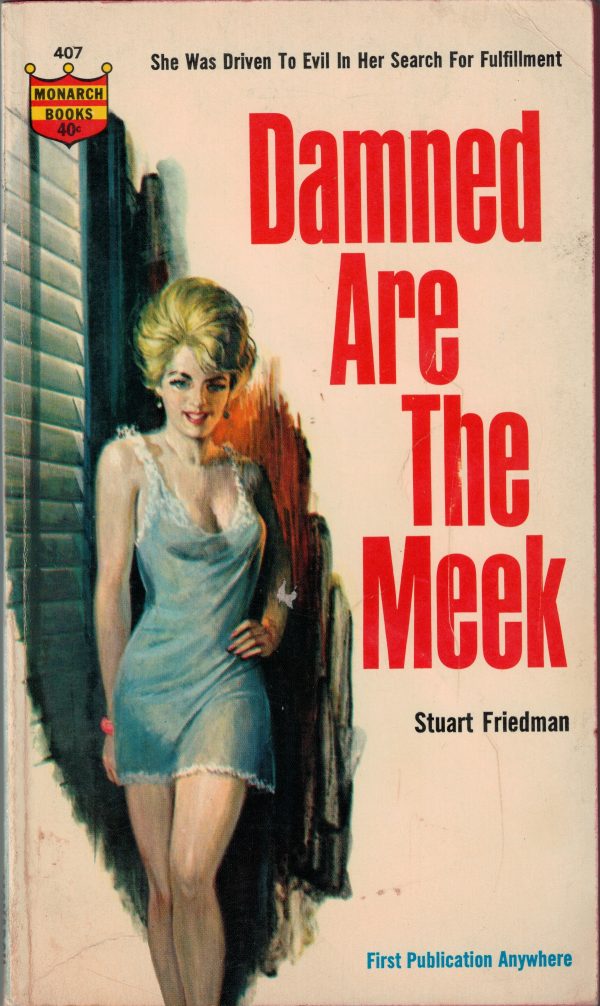 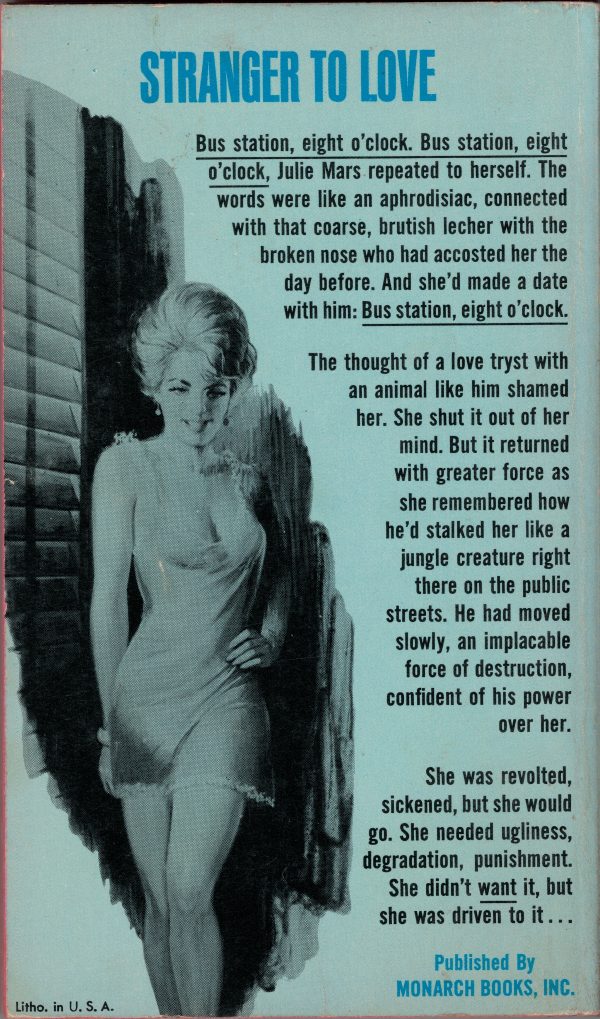 She Was Driven To Evil In Her Search For Fulfillment

Stranger To Love
Bus station, eight o’clock. Bus station, eight o’clock, Julie Mars repeated to herself. The words were like an aphrodisiac, connected with that coarse, brutish lecher with the broken nose who had accosted her the day before. And she’d made a date with him: Bus station, eight o’clock.
The thought of a love tryst with an animal like him shamed her. She shut it out of her mind. But it returned with greater force as she remembered how he’d stalked her like a jungle creature right there on the public streets. He had moved slowly, an implacable force of destruction, confident of his power over her She was revolted, sickened, but she would go.
She needed ugliness, degradation, punishment. She didn’t want it, but she was driven to it…