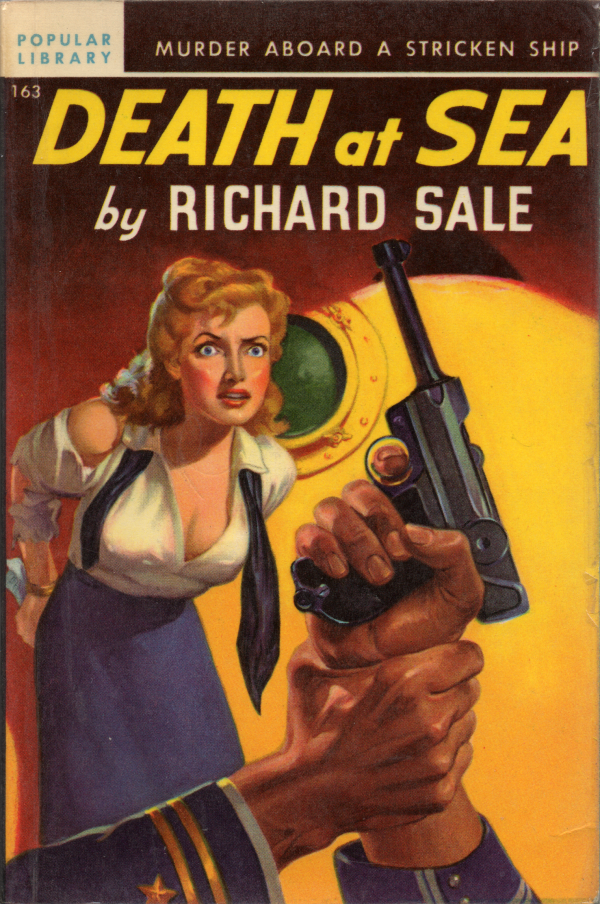 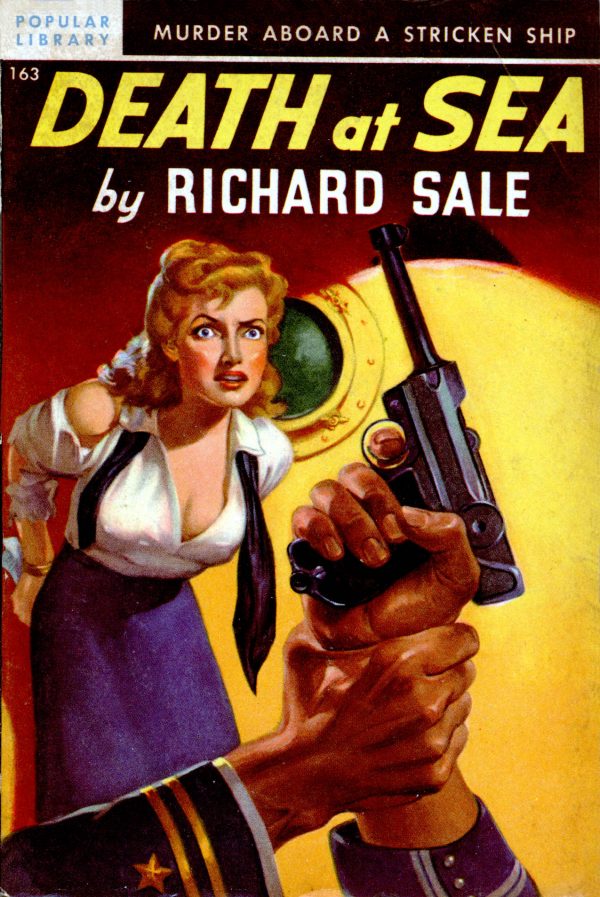 Murder Aboard A Stricken Ship

Outward bound for Rio to attend a congress of ichthyologists, Gabriel Adams leaves the S. S. Apeldoorn at Curacao and flies to Venezuela to pick up a rare tropical fish. But when he tries to rejoin the ship at Trinidad, strange forces conspire to keep him ashore. First, an officer of the Apeldoorn is murdered. Then Gabriel’s hotel room is searched and a pretty girl tries to compromise him — but he is rescued by another girl, Merrill Leeds, masquerading as his wife. Later, he meets Merrill again and by the time he learns the reason for her presence they are both caught in a deadly plot that sends the Apeldoorn steaming toward a rendezvous with doom!