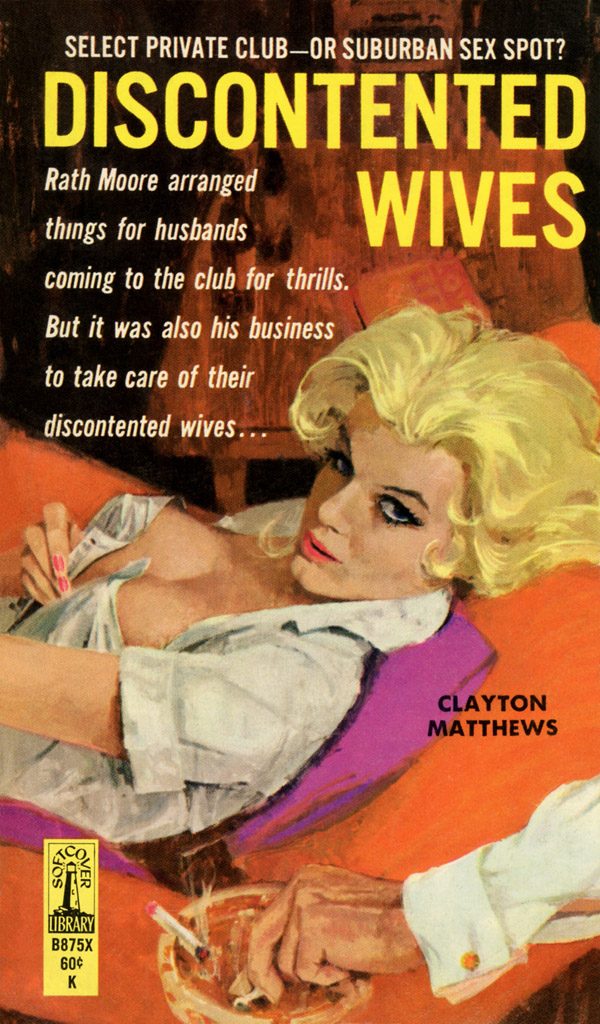 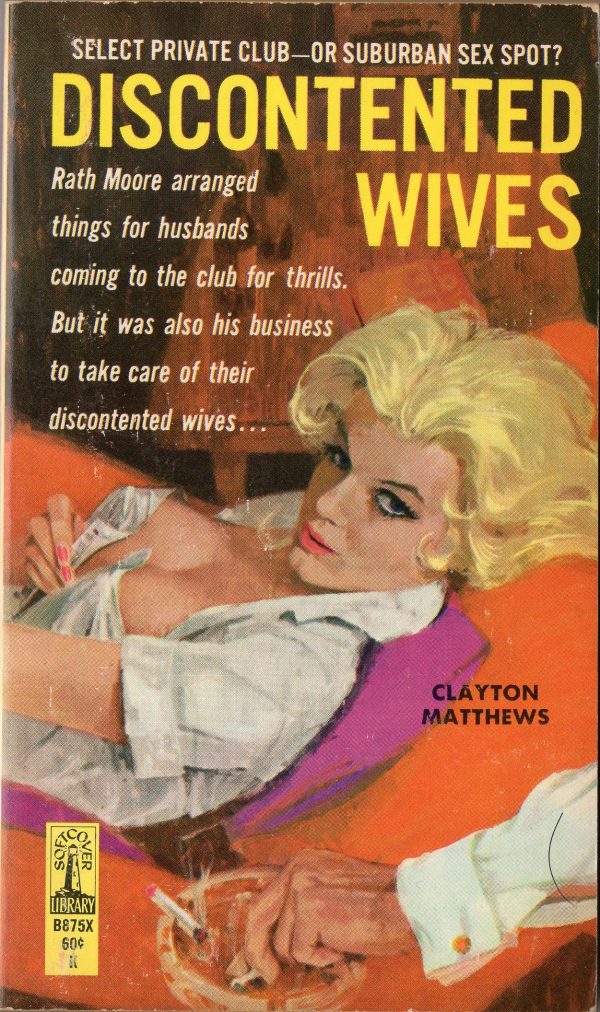 Rath Moore arranged things for husbands coming to the club for thrills. But it was also his business to take car of their discontented wives…

Whose Wife Have I…?
Women betraying their husbands… kids black-mailing their elders… men in pursuit of illicit pleasures—such was the nightly pattern of suburban Palm Heights! By day its people hid in sedate homes or chaste city offices. By night they lost themselves in such exclusive places as the Heights Club….
…The club was supposed to be a select after-dark spot— but actually was a haven for the wife-swapping crowd. Rath Moore, whose job it was to keep everybody happy, took his responsibility seriously— especially when it came to discontented wives. So he found himself involved with lovely, lonely suburbanites out for thrills.
Flame-haired Patty Davis, for instance, who used Rath as a stand-in husband rather than waste her voluptuous charms. Susan Hunnicut, who craved more than kicks from Rath. And the rest of them, like June… who asked for abuse.

THE PLAIN TRUTH ABOUT AMERICAN SUBURBIA, WHERE LONELY SEX-HUNGRY WOMEN MAKE THE RULES!