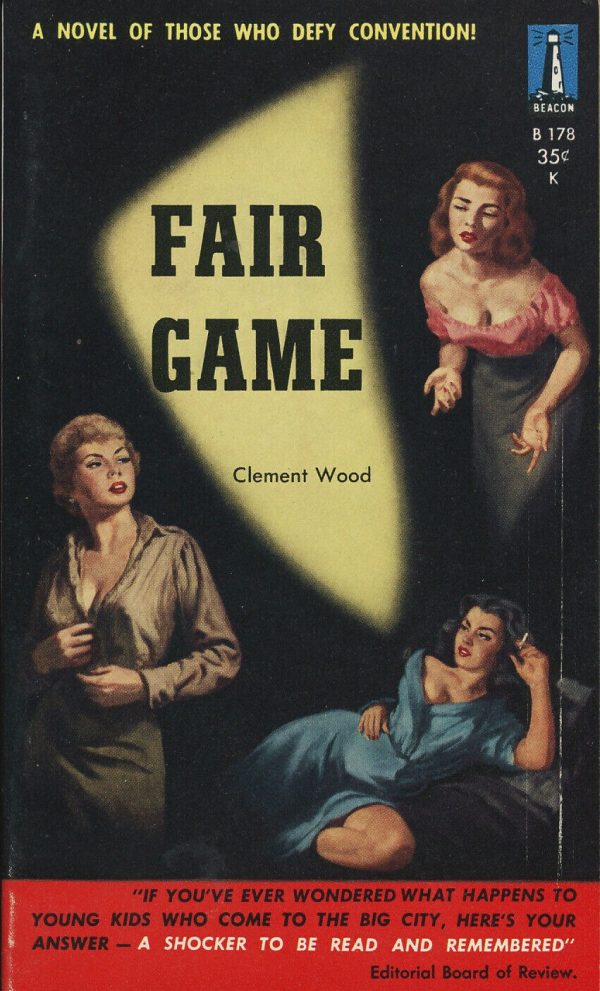 A Novel Of Those Who Defy Convention!

This entire book can be downloaded here. From the back:

FOUR lovely girls — cast adrift in the big city—sworn to extract from it all the thrills, excitement and dizzying triumphs which s teeming asphalt jungles could offer
Fanny O’Mara had reason never to let men touch her. But she did. For this was her secret way to achieve success — her kind of success.
Hazel Boardman, dazzling In her loveliness, had other ideas. She discovered that the richest game, with the easiest rules, was played not with men, but with women — strange, odd women.
Agnes Ridley, little innocent from the South, sought romance through art. But the art she learned wasn’t exactly what she had expected.
And Selma, delightful Selma, who came from a farm where her bestial father d brothers had shamed and degraded her… She would never let any man treat her that way again. Or would she?
A Rich And Compelling Tale Of Love-Starved Women, Beset By The Wicked Temptations Of Cosmopolitan Life!