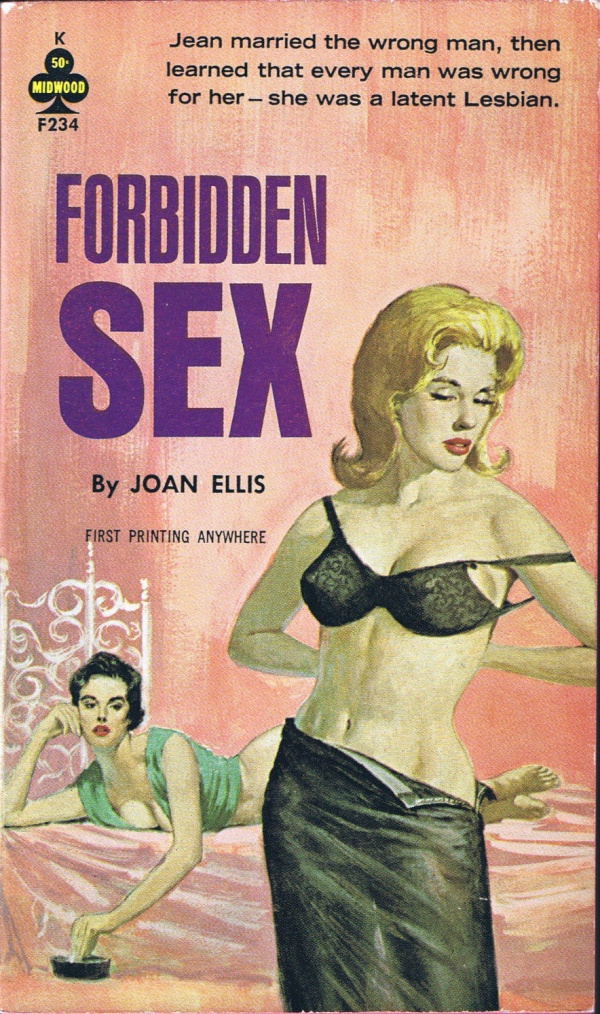 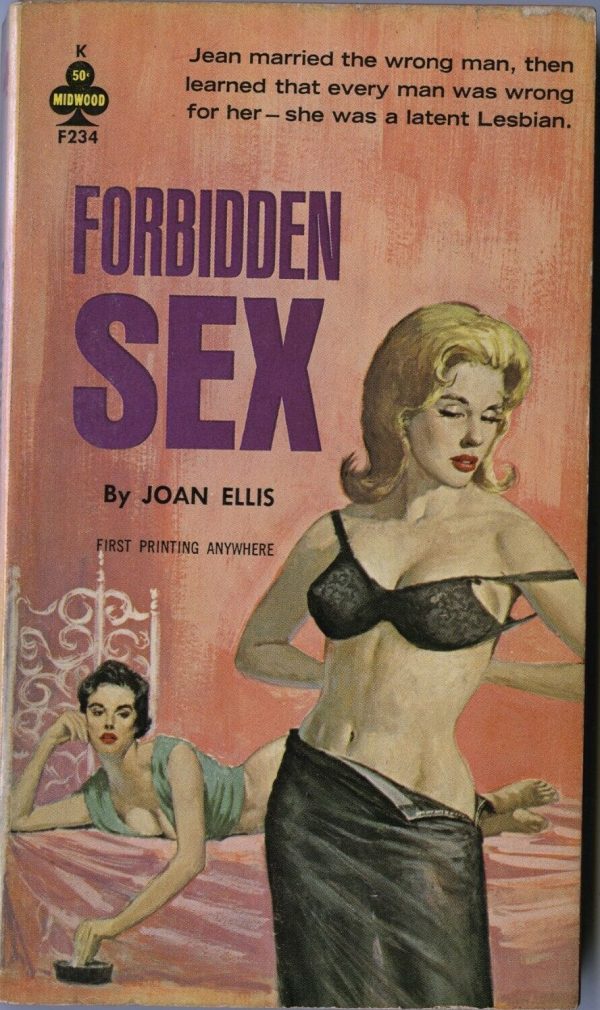 Jean married the wrong man, then learned that every man was wrong for her — she was a latent Lesbian

More Than A Friend
Jean knew that her husband was a liar and a cheat and their marriage was going on the rocks. It seemed normal for her to turn to a sympathetic friend for consolation. Jean might even be forgiven for finding something more satisfying than consolation in the arms and bed of this friend, except for one thing-her friend was a woman. It is hard to believe that any marriage could be so bad that it alone would turn a beautiful young wife against all men and make her a Lesbian. Somewhere deep within this young woman there must have been the germ of Lesbianism — waiting for the opportune time to grow, to multiply and eventually destroy every desire she had for men.
A Story That Cannot Be Discussed In Mixed Company

One thought on “Forbidden Sex”