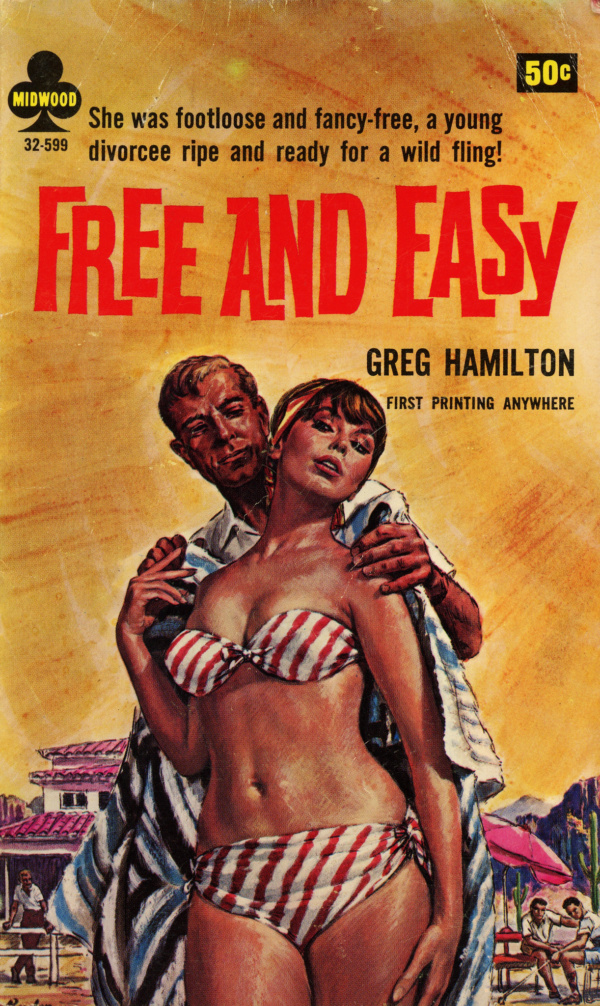 She was footloose and fancy-free, a young divorcee ripe and ready for a wild fling!

This is the third book with this title we have posted, but it’s the first one that wasn’t retitled from something else.

Hot… Hotter… Hottest
She’d been too much woman for the man she’d married, the man who had failed to meet the insatiable demands of her lusty body. Now, divorced and throbbing with unsated desires, she was determined to make up for lost time. The men who surrounded her seemed to sense her nagging hunger and burning desperation. One by one, they accepted the challenge and sought to satisfy her feverish needs .. and one by one, they failed. She began to wonder if there was anyone or anything that could put an end to her torment until finally, she stumbled upon the shocking and shameful solution!