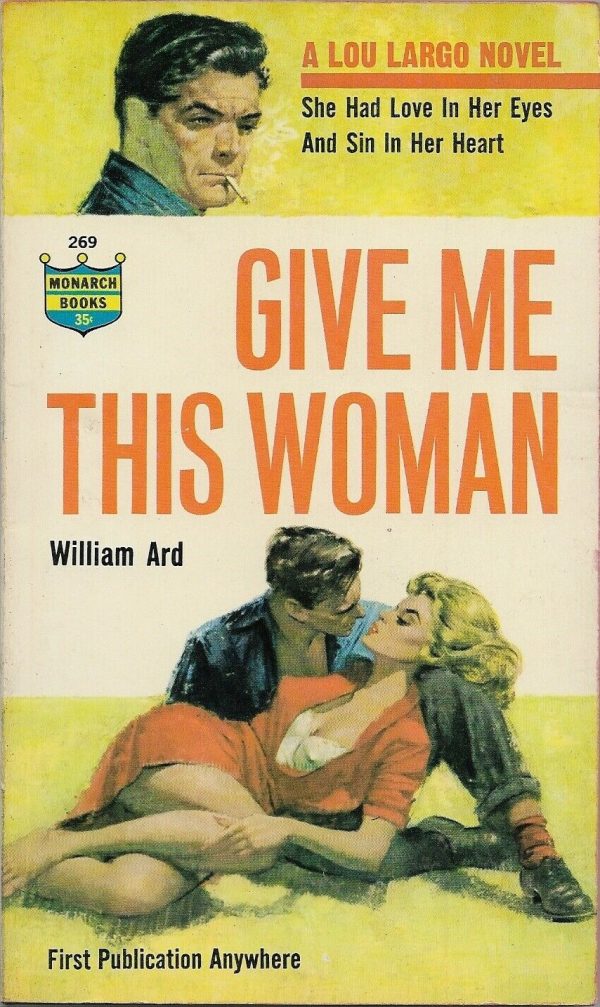 She Had Love In Her Eyes And Sin In Her Heart

Lou Largo thought he had a simple assignment when ex-mobster Charlie Banton sends him after his head-strong daughter, Cora, who’d run off with Harry Talbot.
Lou even has help from Cora’s beautiful sister, Sonia, who has her own way of giving him encouragement.
The trail leads to Niagara Falls where handsome Harry is playing house with Cora—just long enough to collect $100,000 in ransom money from her anxious father.
But things start to get complicated when Joker Gallone turns up gunning for Harry to avenge the murder of his sister Rose. And when Sonia suddenly turns treacherous, the action gets violent and Lou finds himself facing two hate-filled killers and a dame with blood in her eyes.

One thought on “Give Me This Woman”