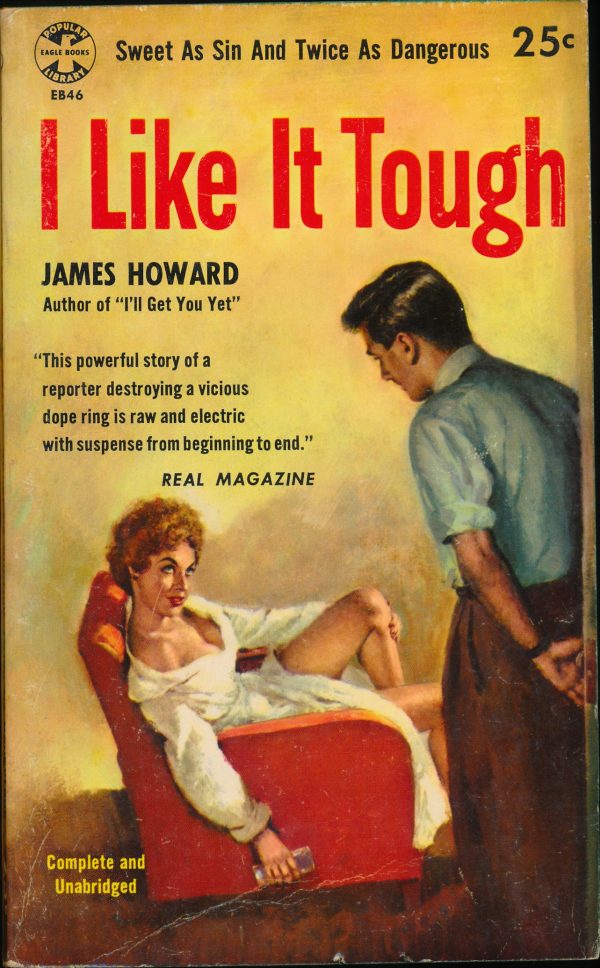 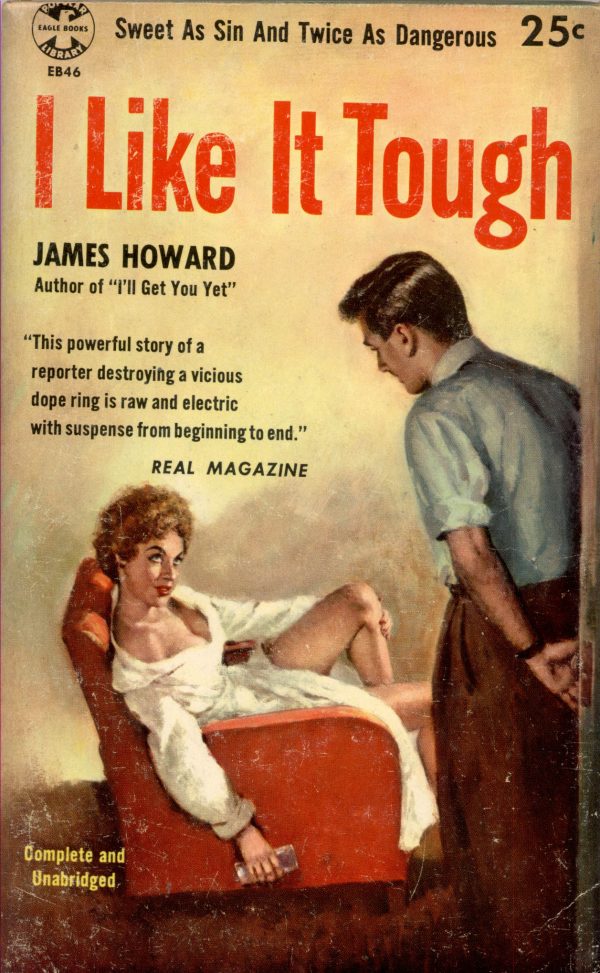 Sweet As Sin And Twice As Dangerous

They Had His Number
The Vice Syndicate’s slimy tentacles stretched everywhere. only Steve Ashe knew the inside story of the multi-million dollar traffic in dope and white slavery. And because he knew, the Syndicate had him marked for death.

One step ahead of the hoods gunning for him, he met lovely Fran Olson and fell hard. But even while he loved her he wondered if she was using her body to lure him to ruin. Only time would tell and that was running out on him…

A fantastic 1960 Harry Schaare cover can be seen here.