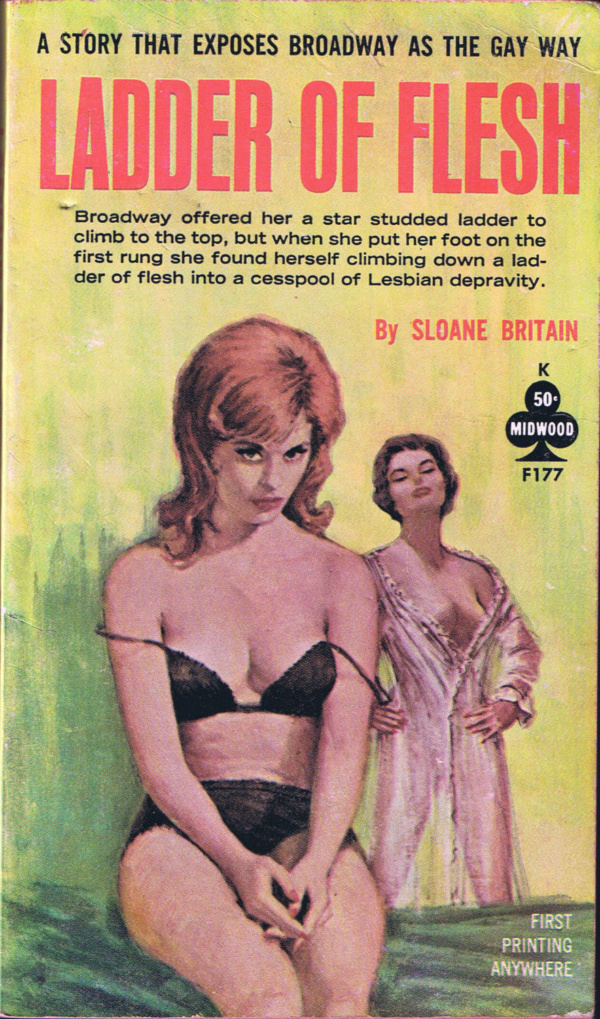 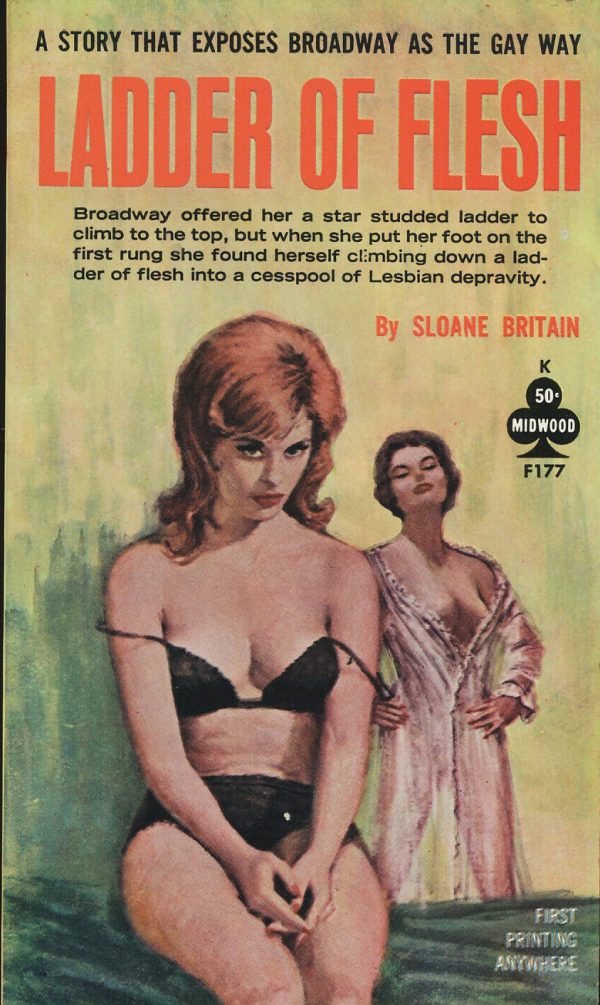 A Story That Exposed Broadway As The Gay Way
Broadway offered her a star studded ladder to climb to the top, but when she put her foot on the first rung she found herself climbing down a ladder of flesh into a cesspool of Lesbian depravity.

HALLIE, the playwright: She didn’t know which way to go so she went both ways.
ELLIOT, the director: He was a frustrated stud in a den full of Lesbians. CAROL, the ingenue, She would do anything with anybody to land a role, but she wanted Ellis.
ELLIS, the star: She was on the top and would do anything with anybody to stay there, but she wanted Carol.
WANDA, the angel: She had money and used it to buy her peculiar kind of love from Carol and Ellis.
THE NAKED TRUTH ABOUT WHAT HAPPENS WHEN THE LIGHTS GO OUT ON BROADWAY AND STRANGE WOMEN ARE ON THE PROWL