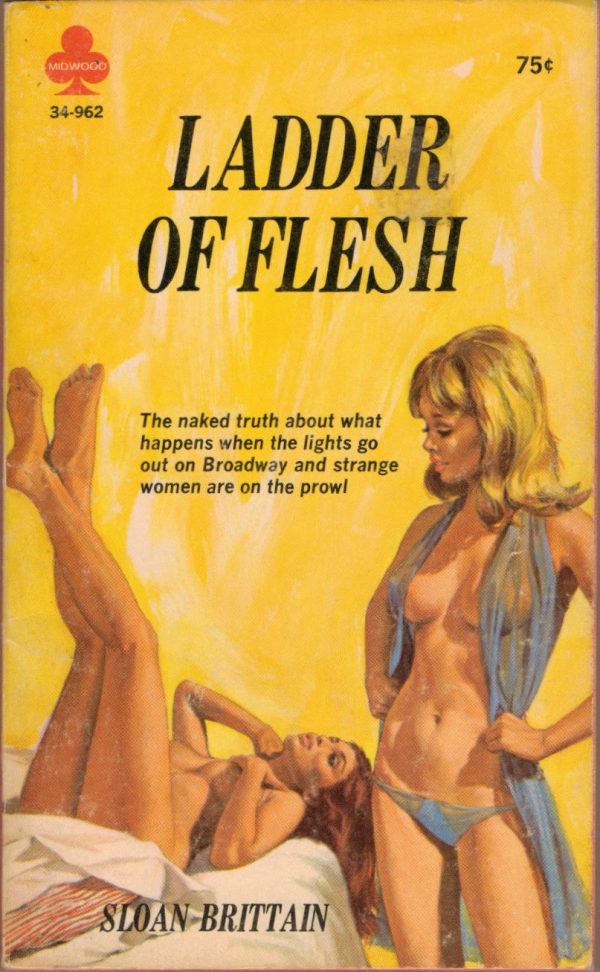 The Great Gay Way
Broadway offered Carol a star-studded ladder to climb to the top, but when she put her foot on the first rung she found herself climbing down a ladder of flesh into a cesspool of lesbian depravity.

Everyone wanted to get in the act:
Hallie, the playwright, who liked men and women equally well.
Elliot, the director, who was a frustrated stud in a den full of lesbians.
Ellis, the star, who was on top and would do anything with anybody to stay there.
Wanda, the financial backer. She had the money to buy her special brand of kicks, and knew there were plenty of girls willing to put themselves up for sale.

There is a nice review of this book here.