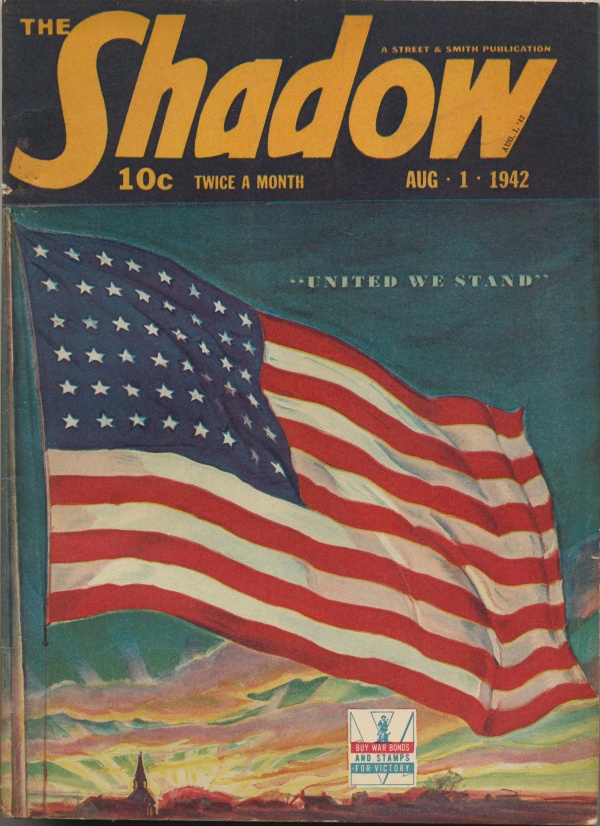 Note: I am not making a political statement here. The name of the Shadow novel in this issue is “Legacy Of Death.”

During July 1942, seven months after the United States entered World War II, magazines nationwide featured the American flag on their covers. Adopting the slogan United We Stand, some five hundred publications waved the stars and stripes to promote national unity, rally support for the war, and celebrate Independence Day.

For magazine publishers, displaying the flag was a way to prove their loyalty and value to the war effort. For the U.S. government, the campaign was an opportunity to sell bonds and boost morale. The magazines brought home a message of patriotism and ideals worth fighting for.

4 thoughts on “Legacy of Death”