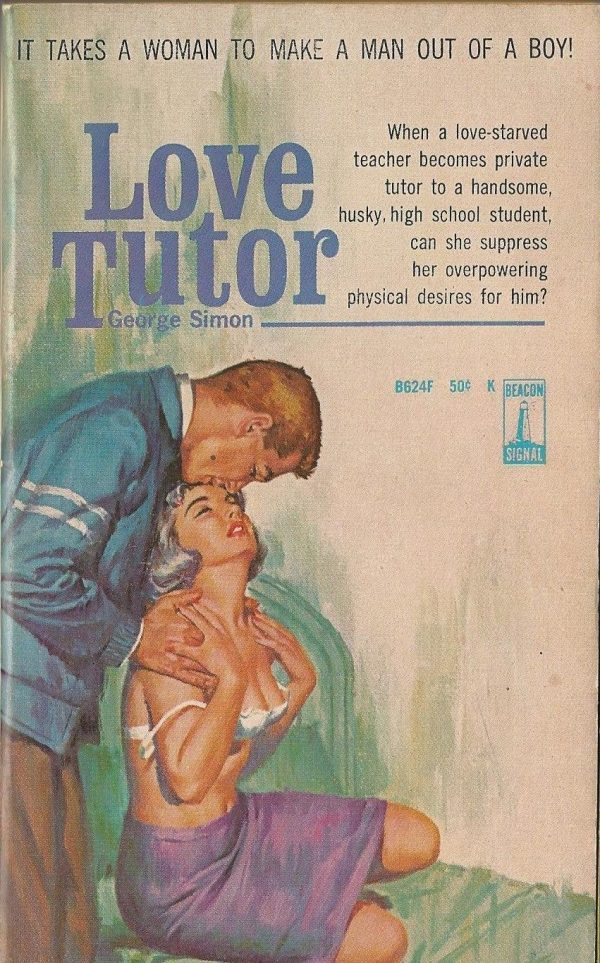 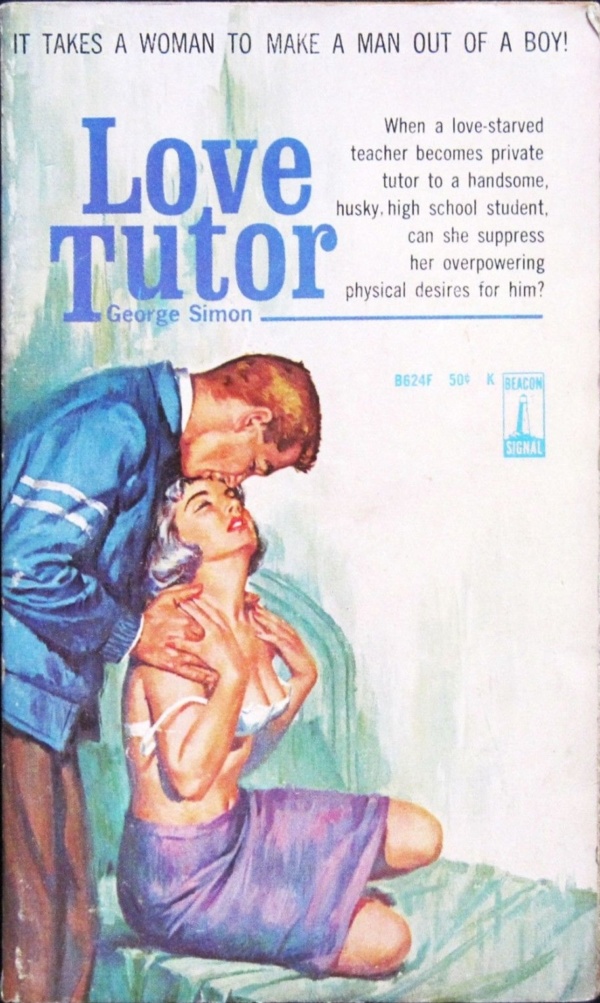 It Takes A Woman To Make A Man Out Of A Boy!
When a love-starved teacher becomes private tutor to a handsome, husky, high school student, can she suppress her overpowering physical desires for him?

AN INNOCENT YOUNG BOY WAS HERS TO MOLD—SO SHE TURNED HIM INTO A LUSTING, POTENT LOVER!
BOB SHANE was blond, blue-eyed, muscular… a teen-age idol to every girl in school… a fateful temptation to his mature but love-starved English teacher, MARGARET WOODS.
Margaret sensed Bob’s innate capacity to learn—but was she thinking of his intellectual or his physical prowess when she offered to tutor him toward his diploma in the privacy of her suburban apartment?
Inflamed by the discovery that her disturbing student was as innocent of women as he was ignorant of his studies, Margaret plunged them both into a torrid affair that was loaded with dynamite.
But how long could an older woman expect to hold a virile young boy An her sensual thrall? How long could Margaret prevent Bob from being attracted by girls his own age?
And what would she do when he was gone and her need for him burned like a white-hot flame?
YOU’LL NEVER FORGET THIS EXPLOSIVE NOVEL ABOUT THE EMERGENCE OF MAN FROM BOY—AT THE SENSUAL SUMMONS OF A LONELY, MATURE WOMAN!