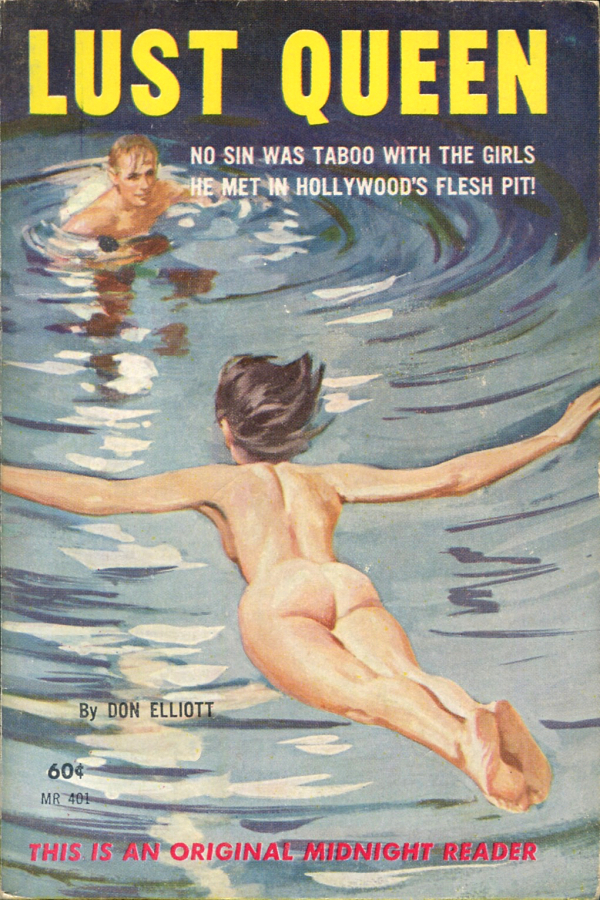 No Sin Was Taboo With The Girls He Met In Hollywood’s Flesh Pit!

Too Much Sun…
was a disease you could contact in Hollywood.
Too much good living and too many easy babes who didn’t really bother to get your lost name before they’d give you a good time. That was what Joey Baldwin, writer, fell info when he was commissioned to write the autobiography of ex-movie queen Mona Thorne. For Mona was in her thirties, looked like her twenties, and was filled with all the sin and shame of a hundred harlots.
She was a passionately beautiful woman with a soul so shriveled she thought lust was lovely and sin was sweet. And into her life came innocent Joey, whose idea of being a cynic was to cheat on a wife he had already divorced… But this was the big time, the Hollywood glitter-scene, and Joey’s ideas of sex and passion were petty beside those of Mona Thorne, a girl who had long since had too much money, too much sun, and —